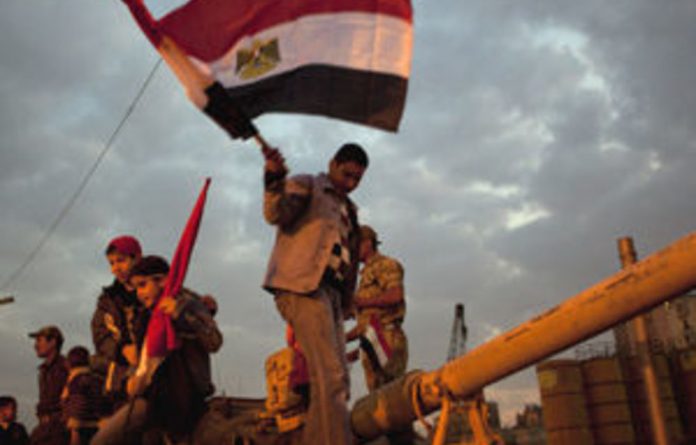 It was the priceless scenes of Egyptians smiling, cheering and shedding tears broadcast around the world last Friday in celebration of President Hosni Mubarak’s resignation that raised the question: just why is it that Zimbabwe hasn’t undertaken a similar revolution to force President Robert Mugabe to stand down?

At face value, the similarities between the two countries are striking and suggestive of mutual ground for revolution, in spite of the huge population difference (Egypt’s 80-million inhabitants is six times that of Zimbabwe).

Both countries have been led by octogenarian leaders — Mugabe turns 87 this month — in power for at least 30 years and each has enjoyed loyal service from securocrats and military men who have propped up their stay in power. A violent and brutal police force in both countries has kept dissenters in check.

The Zimbabwean regime is supported by violent Zanu-PF youths and war veterans and Egypt’s by paid thugs, estimated to be around two million strong. The two countries also feature high on the agenda of the United States and Britain, both keen to influence policy in their respective administrations.

But their differences are pronounced. Egypt’s January 25 “Day of Rage” unfolded on the streets as well as on the social networking site Twitter. Mubarak’s fatal mistake was in shutting down the site, with along Facebook and mobile networks, several hours after anti-Murbarak calls flared up, evidence to protesters of the shiftiness of the regime as it buckled under the mobilising power of the internet. According to the United Nations, internet penetration in Egypt is at nearly 25% of the population.

Online community
In Zimbabwe internet access is measured at 13% and it doesn’t have a blogger community like Egypt, which is led by near-celebrity figures who have shown they can move the masses.

Besides, the prospect of a leaderless movement supported only by the internet does not fit in well with many Zimbabweans, who have become accustomed to having a “hero” at the forefront, evidenced by the country’s long history of liberation war heroes and its celebrated Heroes Acre shrine. Mugabe understands this better than most.

A divided Zimbabwean community — rural versus urban, the Shona versus the Ndebele, rich versus poor, black versus white and factionalism within Zanu-PF and the Movement for Democratic Change — is worse for the country than anything Mugabe can throw at it. As one local activist said: “Until we have collectivity in Zimbabwe, you can just forget about Tunisia or Egypt happening here.”

But for many in Zimbabwe the years of abuse, beatings and violent crackdown on any attempts at freedom of expression at the hands of the police force and army, the loyalties of which openly lie with Mugabe, has simply struck a chord of fear in their hearts.

“Egypt will never happen here. People are just afraid and have resigned themselves to Mugabe’s rule, even if it’s for life,” said Patrick Dzavakwa (24), a university student.

‘Wishful thinking’
Unlike in Egypt, where the army’s neutrality and promise not to crackdown on protesters was a key facet of the revolution’s success, recent warnings from senior army officials — who called attempts to stage Egyptian-style protests in the country “wishful thinking” — have crushed any hopes of change.

MDC legislator Tabitha Khumalo told the Mail & Guardian: “The people just need to get themselves ready in spite of any intimidation coming from Zanu-PF.

“Egypt is evidence to us that when the people have had enough of hunger, pain, dictatorship and unemployment, nothing can stand in their way.” But key to any changes in the country would be a shift in Pretoria’s policy towards Harare — an ally that Mugabe has always relied on and that has given him leeway to deride the West with abandon.

Should South Africa endorse a people-led revolt as it did in the case of Egypt, it could well mark the death knell for Mugabe’s rule in Zimbabwe.

The country’s elites can no longer jet away to overseas health facilities and must now face the hospital system that could not help Zororo Makamba, a 30-year-old who died of the virus
Read more
Advertising
Continue to the category
National