Brits falling out of love with drugs 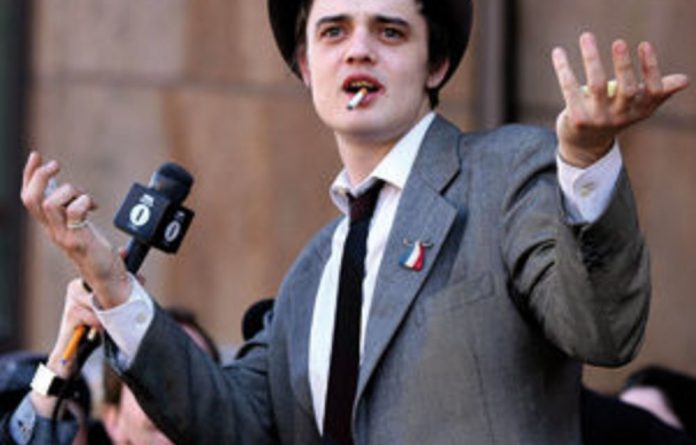 In March 1961 — 50 years ago this month — the countries of the world joined in their determination to stamp out drug abuse and came together to sign the United Nations Single Convention on Narcotic Drugs, which committed all of them to an outright ban on the production and supply of cocaine, cannabis, opiates and other comparable substances.

Ever since the trend in the United Kingdom has been strong and unchanging: more people have been taking more drugs more frequently.

Which is why the latest news is so surprising.

According to figures released by the UK’s tax-funded National Health Service in January, based on data from the British Crime Survey, the number of adults in England and Wales who used illicit substances in 2009 to 2010 — 8,6% — was the lowest recorded since the study began in 1996.

Among 16- to 24-year-olds, the picture was the same, with just 20% saying they had taken drugs in the previous year — another record low and a third lower than the proportion 15 years ago.

Cocaine use is down, speed is down, cannabis is way down (yet again). LSD use is flat, but just one-fifth of what it was in 1996. Though heroin use is also stable, fewer young people are currently requesting treatment for addiction to it. Meanwhile, in the largest survey of drug use among British clubbers, published in Mixmag, there were found to be large year-on-year falls in the number of people taking cannabis (by five percentage points), ketamine (10), ecstasy (five) and cocaine (20).

Drugs going out of fashion
The British Crime Survey tends to underestimate drug use (because it does not include people who are homeless, in prison, or living in student accommodation) and these falls are not the first, but they do cement a trend that is now too solid to ignore. In the UK at least, for reasons that remain mysterious, drugs seem to be going out of fashion.

This is no small matter. The United Nations currently values the global drug trade at £198-billion, making it the third-largest industry on the planet, after oil and arms.

“Something interesting is going on at the moment,” says Martin Barnes, chief executive of the charity DrugScope. “We tend to get a lot of reports around drugs focusing on the bad news and we certainly shouldn’t be in the least bit complacent about the evidence of a decline, but for some people it is a surprising trend.”

In 2004 Pete Doherty was top of the NME‘s Cool List, with Mike Skinner — then an equally unashamed, if less problematic, drug user — following in third. In 2007 the hobo stylings of Amy “Wino” Winehouse would follow.

In retrospect this shift from the romance of Doherty to the squalor of Winehouse looks like a corner being turned. Whether Wino herself actually retoxified the image of intoxicants is hard to know, but by the time she had appeared, being sober had got cooler than it used to be. And compared with her — indeed, compared with anyone — today’s rock stars are gleamingly drug-free. Laura Marling, who currently tops the NME Cool List, says she takes no drugs at all. Ditto Ellie Goulding, who spent her teenage years enjoying country walks. Tinie Tempah prays as often as he can and has spoken of his desire to be a positive role model.

Even Lady Gaga, at just 24, has found time to become a zealously reformed cocaine addict (though she remains a periodic weed-smoker). By contrast, celebrities whose heavy drug use has been public — Lindsay Lohan and George Michael, to choose two — now look something worse than wasted; they look old-fashioned.

Sadly, the decline in the use of drugs has not brought a similar decline in the damage they do. Indeed, hospital admissions for drug poisoning rose last year by 4,8% and for mental health problems by 5,7%. Measuring drug-related deaths is complicated, but they too seem to be rising.

Explaining this is difficult. It could be a lagging indicator, a reflection of the country’s ageing population of heroin addicts. “It may in part be because those longer-term users are in increasingly poor health,” Barnes says.

Or, as the erstwhile chair of the Advisory Council on the Misuse of Drugs, Professor David Nutt, suggests, there might be another force at work. “We’re certainly getting more alcohol deaths [even as overall alcohol consumption falls],” he says. “So binge-drinking as an alternative to taking other drugs, I think, is probably still happening. But also a culture of bingeing, of getting out of your head and taking lots of drugs, may also be contributing to deaths.”

Aggravating harm from alcohol
Whatever the true picture, Nutt, who now leads the Independent Scientific Committee on Drugs, is keen to emphasise that it does not show any kind of victory for drug policy. “The war on drugs is absurd,” he says. “But if there was a purpose to it, it was reducing harm, and it’s not doing that. It may be actually aggravating harm from alcohol — And beyond that, what about all those young people with criminal records for no other reason than there was a sniffer dog at the tube station? The obscenity of hunting down low-level cannabis users to -protect them is beyond absurd.”

For 18 years Dr Fiona Measham has been visiting bars and clubs to ask people about their drug use, so she has seen the story unfold. “I’ve always been part of this debate about how drug use is increasing,” she says, “and now I have to think, Oh hold on, it’s not any more.”

Measham, a lecturer in criminology at Lancaster University, and the author of a new book, Illegal Leisure Revisited, recalls “an unprecedented increase” in drug use and the acceptance of it in the 1990s, reaching a “saturation point” around 2002.

“It used to be, in surveys, that nine out of 10 people in a rave were taking drugs,” she says. “Whereas now it’s gone down to about half of the people in the club — And even among the biggest caners, they’re not doing as much as we thought they were doing.”

To some extent, Measham thinks this is cyclical, with each generation reacting to its predecessor and flipping attitudes roughly every 15 years.

So where are we right now? “There seems to be a new moderation, at least among some groups of young people. And we can see the first signs of it from about five years ago, so we can’t link it just to the economy.”

This is certainly borne out by the Office for National Statistics figures on alcohol, which show abstinence rates rising.

Could this be evidence of young people becoming, of all things, sensible? Taking any drug is a trade-off, after all, between risk and reward. Smoking, without its convenience or cachet, now offers too little reward to recruit new users; heroin, on the other hand, poses too much risk.

Meanwhile, improved enforcement has abraded the quality of pills and coke to such an extent that they no longer glitter quite so temptingly. Saying no for one’s own reasons, rather than the government’s, has become a respectable response. — Guardian News & Media 2011