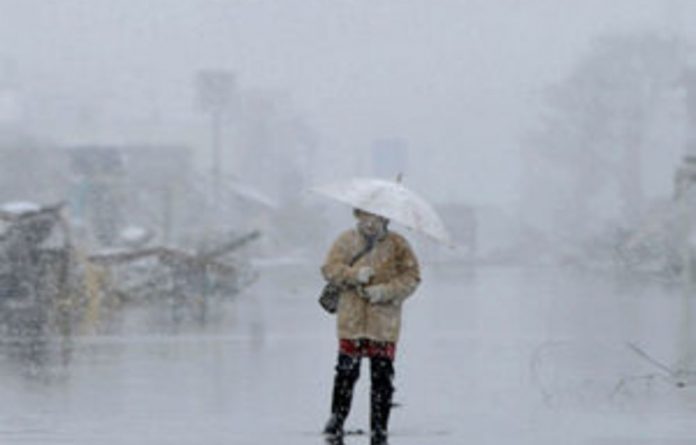 Japan’s humanitarian crisis has intensified, with relief workers being hampered by freezing temperatures and snowfalls, while survivors ­struggle with shortages of water, food and electricity.

Japanese Prime Minister Naoto Kan has ordered a shift in the focus of relief efforts from search and rescue to caring for an estimated half-a-million people who have been evacuated from the provinces affected by the earthquake and tsunami, and many others left homeless.

The disaster has damaged or destroyed about 60 000 buildings, but the magnitude of the human toll is not yet reflected in figures from the National Police Agency emergency disaster headquarters which show 2 475 dead and 3 118 missing. The final death toll could rise far beyond 10 000. Save the Children estimated that a fifth of those displaced — as many as 100 000 were children and warned the disaster could result in many being orphaned.

As a powerful aftershock on Tuesday rocked Shizuoka, southwest of Tokyo, about 1,4-million households remained without water and 843 000 households serviced by Tokyo Electric and Tohoku Electric power companies experienced power cuts. The rolling blackouts have affected about five million people. “People are exhausted physically and mentally,” said Yasunobu Sasaki, the principal of a school converted into a shelter in Rikuzentakata, a nearly flattened village of 24 500 people in the far-northern Iwate prefecture.

“We survived, but what are we supposed to do from here?” said Sachiko Sugawara (63), now living at one of the shelters. Officials in Iwate reported they had lost contact with about 30 000 people, raising concerns about a dramatic increase in the number of deaths. An estimated 10 000 people, half of the population of Minami Sannriku town in Miyagi prefecture, had not been contacted. Across the country, more than 550 000 people are living in temporary shelters.

Red Cross worker Patrick Fuller told the BBC that the situation around the coastal town of Otsuchi was desperate, with people scavenging for food and rescue teams trying to put out forest fires. “I was up at one of the evacuation centres today [Tuesday] where there were probably about 300 people just lying on the floor on sheets of cardboard, a lot of them elderly,” he said, adding that there were crowds milling around looking for lost relatives.

Foreign governments have sent more than 800 emergency relief workers and the Japanese Red Cross has deployed about 90 medical teams to provide basic care for about 430 000 people in remote coastal towns.

The threat of nuclear fallout caused panic buying of petrol as people anticipated having to flee a cloud of radioactive gas. Many petrol stations were closed and some rationed sales to 10 litres per car.

Save the Children said it was concerned that some of the children affected by the disaster might have been separated from their families because the earthquake and tsunami struck in mid-afternoon, when many were at school or nursery school. — Guardian News & Media 2011