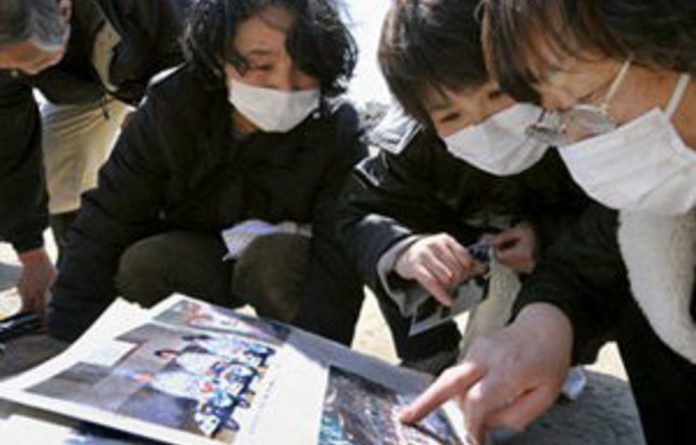 Japan is considering whether to halt sales of food products from near a crippled nuclear plant because of contamination by a radioactive element which can pose a short-term health risk, the UN atomic agency said.

“There is an investigation into the possible need to stop food sales,” Graham Andrew, a senior official of the International Atomic Energy Agency (IAEA), told reporters.

The IAEA had earlier said Japan’s health ministry “ordered a stop to the sale of all food products from the Fukushima Prefecture” but Andrew said this was due to a mistranslation of information provided in Japanese.

In what it called another “critical” measure to counter contamination of food, the the IAEA in a statement said Japanese authorities on March 16 recommended that people leaving the area should ingest stable iodine.

Taken as pills or syrup, stable [non-radioactive] iodine can be used to help protect against thyroid cancer in the event of radiation exposure in a nuclear accident.

“Though radioactive iodine has a short half-life of about eight days and decays naturally within a matter of weeks, there is a short-term risk to human health if radioactive iodine in food is absorbed into the human body,” the IAEA said in a statement on Saturday.

“If ingested, it can accumulate in and cause damage to the thyroid. Children and young people are particularly at risk of thyroid damage due to the ingestion of radioactive iodine.”

It was the first known case of such contamination since the March 11 earthquake and tsunami that touched off the crisis.

Japan’s chief Cabinet secretary Yukio Edano said radiation levels in milk from a Fukushima farm about 30km from the plant, and spinach grown in Ibaraki, a neighbouring prefecture, exceeded limits set by the government.

But these higher radiation levels still posed no risk to human health, he said.

No other radioactive elements
The IAEA, in a statement on its website, said Japan’s health ministry had confirmed the presence of radioactive iodine contamination in food products measured in the Fukushima Prefecture, the area around the disaster-hit power plant.

“According to the latest data, the food products were measured from March 16 to 18 and indicated the presence of radioactive iodine,” it said, adding it had passed on the information to the UN Food and Agricultural Organisation (FAO) and the World Health Organization (WHO).

“To date, no other radioactive isotopes have been shown to increase in the analysis of food products around Fukushima.”

Andrew, the IAEA official, said it was up to Japan to decide whether to stop food sales from the area, but also suggested there may be an international trade aspect.

A WHO study two decades ago of the 1986 Chernobyl meltdown, the most recent nuclear accident that affected a large population, estimated that up to 9 000 people could eventually die as a result of radiation exposure from the power plant.

About 4nbsp;000 people developed thyroid cancer as a result of the accident, most of whom had been children or adolescents in 1986. But survival rates of this type of cancer are high — about 99% so far, based on figures in Belarus. – Reuters