Japan disasters to cost over $300-billion 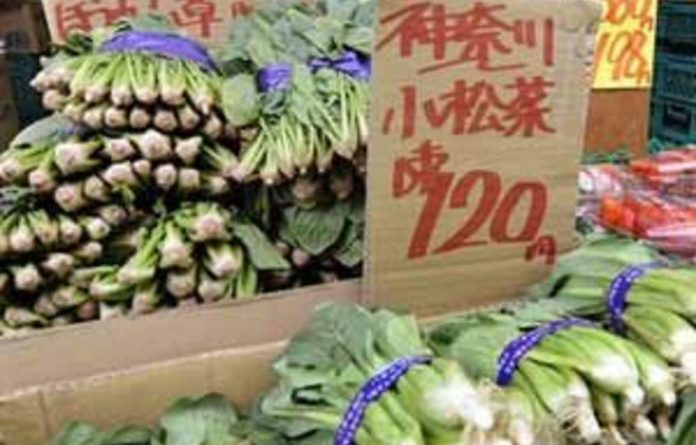 Japan estimated the cost of the damage from its devastating earthquake and tsunami could top $300-billion as authorities in Tokyo warned that babies should not be given tap water because of radiation from a crippled nuclear plant.

The first official estimate since the March 11 disaster covers damage to roads, homes, factories and infrastructure, and dwarfs losses from both the 1995 Kobe quake and Hurricane Katrina that swept through New Orleans in 2005, making it the world’s costliest natural disaster.

As concern grew over the risk to food safety of radiation from the crippled Fukushima power plant, 250km north of the Japanese capital, the United States became the first nation to block some food imports from the disaster zone.

The plant, battered by a 9,0 magnitude earthquake and tsunami that has left 23 000 people dead or missing, has still not been brought under control, and workers were forced away from the complex when black smoke began rising from one of its six reactors.

Tokyo authorities said on Wednesday that water at a purification plant for the capital of 13-million people had 210 becquerels of radioactive iodine — more than twice the safety level for infants.

Tokyo governor Shintaro Ishihara, however, said that level posed no immediate risk and water could still be used. “But, for infants under age one, I would like them to refrain from using tap water to dilute baby formula,” he added.

The US Food and Drug Administration said it was stopping imports of milk, vegetable and fruit from four prefectures in the vicinity of the stricken nuclear plant.

South Korea may be next to ban Japanese food after the world’s worst atomic crisis since Chernobyl in 1986. France this week asked the European Commission to look into harmonising controls on radioactivity in imports from Japan.

Food made up just 0,6% of Japan’s total exports last year.

Authorities have said above-safety radiation levels had been discovered in 11 types of vegetables from the area, in addition to milk and water.

Chief cabinet secretary Yukio Edano, who has been the government’s public face during the disaster, said an exclusion zone around the plant did not need to be expanded, and he urged Tokyo residents not to hoard bottled water.

Earlier, he said there was no major danger to humans and he urged the world not to overreact: “We will explain to countries the facts and we hope they will take logical measures based on them.”

Japan has already halted shipment of some food from the area and told people there to stop eating leafy vegetables. Asian neighbours are inspecting imports for contamination, and Taiwan advised boats to stop fishing in Japanese waters.

At the Fukushima plant, engineers battling to cool reactors to contain further contamination were evacuated when black smoke rose from the number three reactor, the plant’s operator, Tokyo Electric Power Company, said. It did not know what caused the smoke.

A government official later told reporters the smoke was not a serious issue.

More than a quarter of a million people are living in shelters, while rescuers and sniffer dogs comb debris and mud looking for corpses and personal mementoes.

Drama at Fukushima
Technicians have successfully attached power cables to all six reactors at the Fukushima plant and started a pump at one to cool overheating fuel rods.

As well as having its workers on the front line in highly dangerous circumstances, Tepco is also facing accusations of a slow disaster response and questions over why it originally stored more uranium at the plant than it was designed to hold.

Vienna-based UN watchdog, the International Atomic Energy Agency (IAEA), expressed concern about a lack of information from Japanese authorities. It cited missing data on temperatures of spent fuel pools at the facility’s reactors one, three and four.

“We continue to see radiation coming from the site … and the question is where exactly is that coming from?” said a senior IAEA official, James Lyons.

US Defence Secretary Robert Gates said he was concerned about radioactive fallout affecting about 55 000 US troops in and around Japan, many involved in a massive relief operation for Washington’s close ally. “We’re also deeply concerned about the wellbeing of our Japanese allies,” he said.

Worsened by widespread ignorance of the technicalities of radiation, public concern is rising around the world and radioactive particles have been found as far away as Iceland.

Experts said tiny traces of radioactive particles, measured by a network of monitoring stations as they spread eastwards from Japan across the Pacific, North America, the Atlantic and to Europe, were far too low to cause any harm to humans.

“It’s only a matter of days before it disperses in the entire northern hemisphere,” said Andreas Stohl, a senior scientist at the Norwegian Institute for Air Research.

Global impact
The Japan crisis has dealt a blow to the nuclear power industry around the world. Italy became the latest nation to re-assess its programme, announcing a one-year moratorium on site selection and building of plants.

Crisis in the world’s third-biggest economy — and its key position in global supply chains, especially for the auto and technology sectors — has added to global market jitters, also affected by conflict in Libya and unrest in the Middle East.

Asian shares fell on Wednesday, with Tokyo’s Nikkei ending 1,65% down as investors took profits from a two-session bounce. Japanese stocks are about 8% below their close on the day the big quake struck.

Toyota said it would delay the launch in Japan of two additions to the Prius line-up, a wagon and a minivan, due to production disruptions.

The official death toll from the disaster has risen to 9 199, but with 13 786 people still reported missing, it is certain to rise.

There are reports that dozens of survivors, mostly elderly, have died in hospitals and evacuation centres due to a lack of proper treatment, or simply because of the cold.

Desperate municipalities are digging mass graves, unthinkable in a nation where the dead are usually cremated and their ashes placed in stone family tombs near Buddhist temples.

“This is a special measure, but there is nothing much else we can do,” said Kazuhiko Endo, an official in Kamaishi town, where a mass burial is planned on Friday for 150 unidentified people.

“More than a week has passed since we placed them in morgues and we don’t know if they can be identified. – Reuters