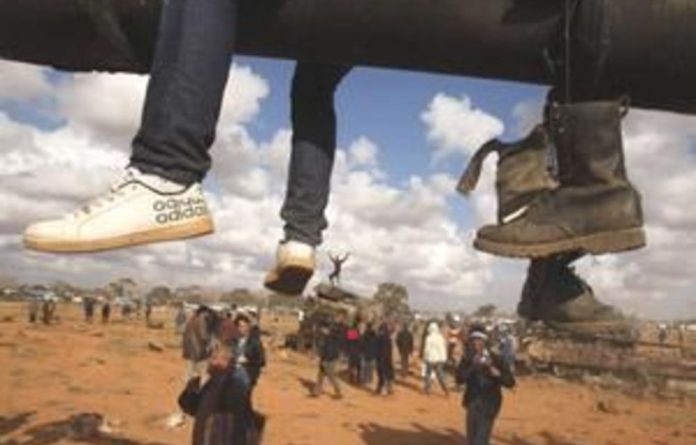 The United States and Britain have raised the prospect of arming Libya’s rebels if air strikes fail to force Muammar Gaddafi from power.

At the end of a conference on Libya in London on Tuesday this week, US Secretary of State Hillary Clinton said for the first time that she believed arming rebel groups was legal under United Nations Security Council resolution 1973, passed two weeks ago, which also provides the legal justification for air strikes. America’s envoy to the UN, Susan Rice, said earlier the US had ‘not ruled out” channelling arms to the rebels.

British Foreign Secretary William Hague agreed that the resolution made it legal ‘to give people aid in order to defend themselves in particular circumstances”. The West’s main Arab ally, Qatar, also said providing weapons for Gaddafi’s opponents should be considered if air strikes failed to dislodge him.

The gulf state’s prime minister, Sheikh Hamad al-Thani, said the effect of air strikes would have to be evaluated in a few days, but pointed out: ‘We cannot let the people suffer for too long.”

Mahmoud Shammam, the spokesperson for the rebel interim national council (INC), said the insurgents lacked weapons. ‘We don’t have arms at all, otherwise we would finish Gaddafi in a few days. We ask for political support more than we ask for arms. But if we get both, that would be great.” However, the French and the Italians disagreed with Washington and London’s interpretation of the UN resolution.

Arming the rebels
Asked about the possibility of arming the rebels, French Foreign Minister Alain Juppe said: ‘It is not part of the UN resolutions, but we are ready to discuss it with our partners.”

French and Italian officials said the issue had been discussed at the conference in London, contradicting US and British assurances to the contrary. There appeared to be greater consensus over offering Gaddafi a way out of the conflict through exile, with Italy leading the way in seeking a haven prepared to accept the Libyan leader.

The UK was not looking for somewhere for him to go, said Hague. ‘That doesn’t exclude other countries from doing so.”

Clinton said the UN’s special envoy to Libya, Abdul Ilah Khatib, was due in Tripoli soon to explore ‘a political solution that could involve [Gaddafi] leaving the country”.

The INC was not formally invited to the London conference and has been recognised so far only by France and Qatar. However, it emerged from the conference with its status enhanced.

Official manifesto
The group was allowed to use the foreign office’s official briefing room to launch its political manifesto, ‘A Vision of a Democratic Libya”, which diplomats distributed on its behalf.

Shammam said Clinton herself had ‘just stopped short of recognition”, but had dispatched a senior US diplomat, Chris Stevens, to Benghazi to strengthen ties. ‘We have been told here that a lot more delegates will be coming to Benghazi soon,” Shammam said.

The conference agreed to study a Qatari proposal to sell oil from rebel-held areas of Libya to provide revenue for the insurgents. However, Clinton admitted on Wednesday that Americans ‘do not know as much as we would like to” about the INC.

Rice distanced herself from Stavridis’s comments.

‘I think we can’t rule out the possibility that extremist elements could filter into any segment of Libyan society and it’s something clearly we will watch carefully for,” she said on Fox News. — Guardian News & Media 2011

The racially intolerant act to keep black people in “their place”, some even while claiming they're allies
Read more
Analysis

As Super Tuesday looms, there are five candidates left in the Democratic race. But the party must ensure it selects someone who will be able to defeat incumbent Donald Trump
Read more
World

The Australian whistle-blower, who was arrested on April 11 after Ecuador gave him up, could face a 12-month prison sentence
Read more
World

Paperback versions of the Mueller report figure in the number one, two and five spots on Amazon US's list of bestsellers
Read more
World

Asked by reporters at a White House Easter event for children whether the prospect of impeachment worries him, Trump replied: "Not even a little bit."
Read more
Advertising
Continue to the category
National