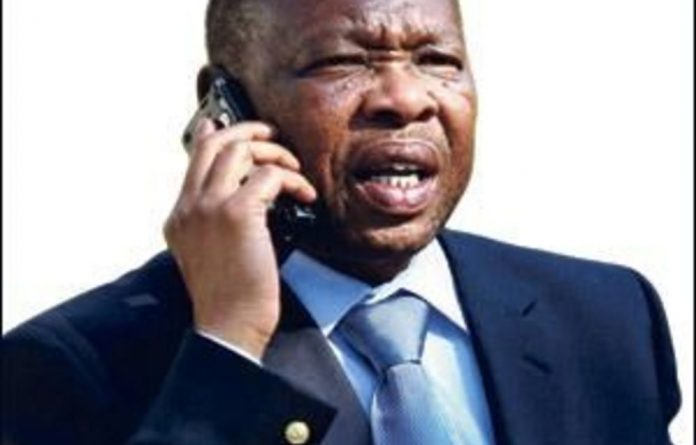 Higher Education and Training Minister Blade Nzimande faces both external and internal rebellion against his moves this week to redraw the skills-development landscape.

On the external front the powerful services Seta told the Mail & Guardian it would take urgent legal action on Friday to prevent Nzimande from appointing directors to its board.

Internally, 12 officials in Nzimande’s department face disciplinary action, the M&G has ascertained. Departmental sources say this is because the officials warned Nzimande that his moves to recast Seta governance exceeded his legislated powers. On Tuesday Nzimande announced his appointment of independent chairpersons for all 21 Setas, adding that he would gazette on Friday the names of two additional appointees to each board.

These two, and an independent chairperson, would comprise each Seta’s accounting authority, Nzimande announced. Each board would be limited to 12 members and no more than three could be drawn from former board members (all of whose terms expired on March 31).

The services Seta, which has a projected income of nearly R1-billion this year, will lodge an application on Friday for an urgent interdict against Nzimande “for acting unlawfully”.

Acting for the Seta, Alex Ferreira of Edward Nathan Sonnenbergs, who is acting for the Seta, told the M&G the firm would wait for Nzimande’s promised notice in Friday’s Government Gazette before filing papers in the Labour Court.

Contravening the Act
At the heart of the application, Ferreira said, is that the Seta was inadequately consulted in the formulation of its new constitution. Nzimande’s move also carries the implicit threat that the Seta’s licence to operate could be revoked if it does not adopt the standard constitution drafted by the department. Alternatively, the Seta could be put under administration and its activities overseen by a departmentally appointed nominee.

Nzimande is contravening the provisions of the Skills Development Act, which governs board and accounting authority composition, Ferreira said. “We are going to proceed with an urgent application against the minister first, to interdict his unlawful conduct, and second, to review it.”

“A minister is required to act lawfully, conduct himself in a substantively and procedurally fair manner and to exercise his powers within the confines of the empowering legislation under which he acts,” Ferreira wrote.

“The minister may seek to cure the current [constitutional] defects by amending the relevant legislative provisions [that] presently curtail his power to act. However, until such time as the legislative provisions are amended to duly authorise the minister to act such, any action taken which is not authorised by the Skills Development Act will remain ultra vires,” Ferreira wrote.

Senior government sources said the officials repeatedly questioned the legality of Nzimande’s efforts to change the Setas’ constitutions in such a way that the department would effectively control their boards. Last week they received formal notification of disciplinary action on grounds of incompetence. Departmental sources say this amounts to a “purge”.

Disciplinary matters
Acting director general Gwebs Qonde refused to confirm or deny the action against the 12, referring the M&G to “the applicable employer-employee relationship” that “governs disciplinary matters”.

“Frankly, the assertion that employees of the public service have been purged is absurd, to say the least,” he said. “There is no individual who [has] lost his or her job.”

Asked about the employees’ argument that Nzimande was exceeding his legal powers, Qonde said: “The minister’s decisions are informed by the work and advice undertaken by the skills development branch in the department.

“Based on [that] advice, the minister consulted and engaged the various stakeholders, including the public at large, and he received overwhelming support to implement the various proposed changes in order to improve the performance of Setas.”

Qonde said he could not comment on the services Seta’s legal action because he did not know about it. A highly placed official in another national government department, who is well versed in skills development structures and programmes, said Nzimande had got it badly wrong.

Speaking on condition of anonymity, he said: “Sometimes when you inherit a function and you don’t know how it is actually supposed to work, you try to get people to do things that are against the law.

“Then, when they say ‘no, you can’t do that’, you get frustrated with them. It’s not only about the Seta constitutions and imposition of ministerial representatives on boards. It’s also about access to resources such as Seta income and the National Skills Fund,” the official said.

The Setas derive about R7,6-billion a year from skills development levies and the National Skills Fund’s annual income is R1,9-billion.

The manufacturing and engineering-related services Seta (Merseta) which, with the services Seta, accounts for more than a quarter of the skills development levies paid, is also planning action.

“We are furious,” a Merseta board member told the M&G. “The majority of stakeholders last week rejected the ‘standard’ constitution and, if the minister insists on imposing it, we will resign as a group and withdraw from all Seta activities.”

One of Merseta’s main stakeholder groups, the retail motor industry, is among South Africa’s largest employers and contributors to exports.

Tarred with the same brush
Since their establishment 11 years ago Setas have been plagued by controversy over governance. Officials have been jailed, many have received critical audits and some have been placed under administration. It has led to a widespread perception that all Setas are fly-by-night operations, said Gill Connellan, the chairperson of the Association for Skills Development Facilitation in South Africa.

“Even those that were performing admirably were tarred with the corruption-incompetence brush. The public generally overlooks the good work that they have done,” Connellan said. Seta governance was pushed up the government agenda when the authorities were transferred to the department of higher education and training a year ago. An overhaul of board and accounting authority structures and processes was launched as an integral element of phase three of the National Skills Development Strategy.

“Setas took part in the restructuring,” said Connellan, who sits on the services Seta board, “but only to a limited extent. Then the department began acting autocratically.”