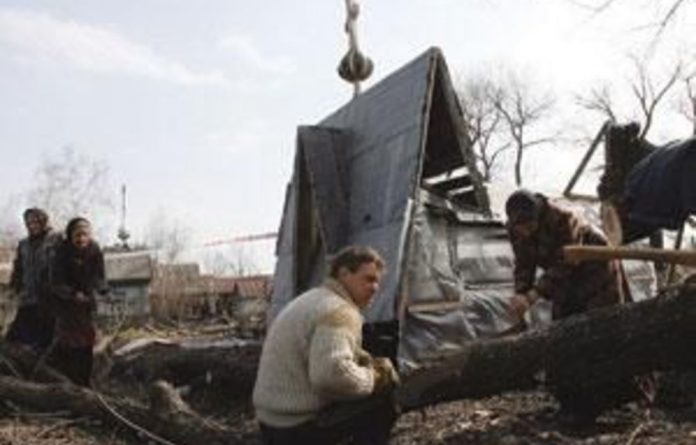 Anyway you see it, things sure look apocalyptic. Especially to these cults. Lisa Steyn drinks the Kool-Aid.

The People’s Temple came to a gruesome end when its leader, Jim Jones, persuaded more than 900 followers to consume Kool-Aid laced with cyanide in November 1978 on the sect’s agricultural holding in South America, known to them as Jonestown. Jones preached of an imminent nuclear war and convinced his congregation that, after death, they would move to another planet and live a life of bliss. Chilling recordings, known as the death tapes, documented Jones’ last speech to his flock that evening.

Shoko Asahara started a yoga class in 1987. It quickly transformed into a cult called Aum Shinrikyo meaning ‘Supreme Truth’. After a failed attempt to win the 1990 Japanese elections, the blind leader began preaching that the end of the world would come in 1997. Asahara told his followers to prepare for Armageddon and they constructed nuclear shelters and communes.

The cult manufactured sarin gas and released it into the Tokyo subway system in 1995, killing 11 and injuring 5000. Asahara is now on death row. The cult has since reformed under the name Aleph, and has distanced itself from the actions of its predecessor.

More than 500 Ugandans committed mass suicide on March 17 2000 in anticipation of the end of the world. Members of the Movement for the Restoration of the Ten Commandments boarded up windows and doors and sang for hours before dousing themselves in gasoline and paraffin and setting themselves alight. Police found nearly 400 additional bodies in shallow graves on land belonging to the cult soon after. Some of the victims appeared to have been strangled or stabbed.

The former engineer and leader of the True Russian Orthodox Church, Pyotr Kuznetsov, ordered his followers (all 35 of them) into a remote underground bunker on November 2007 as he believed the world would end in May 2008. But Kuznetsov was arrested on November 17 2007 and was unable to go underground. He was held for psychiatric evaluation and subsequently received treatment for schizophrenia. Police struggled to coax the members out of the underground chamber where they had been hiding for six months. They eventually surfaced when parts of the bunker caved in. The Times of London reported that Kuznetsov, upon returning home, attempted to kill himself by hitting his head with a log.

The Awaiting Christ group fell away in 2003 after police found eight bodies illegally buried in the group’s compound in Mandela Park in Mthatha in the Eastern Cape, who had died from natural causes. Community members said the cult would not allow for children to be sent to school, for the sick to receive treatment or for members to work. The group awaited the end of the world in December of that year but 15 members were arrested in February and the rest were swiftly sent back to their respective home towns.

Elizabeth Prophet, the leader of the Church Universal and Triumphant, predicted the world would end in 1990 through a nuclear strike by the Soviet Union against the United States, noting there would be particular tension on April 23. More than 2 000 of her followers left their homes and gathered at the church’s compound in Montana where they stockpiled weapons, food and clothing in underground bomb shelters. But when nothing happened, many members left the sect.

‘I prayed and prayed but I was still gay’

Einstein’s ‘God letter’ to go on sale for $1-million