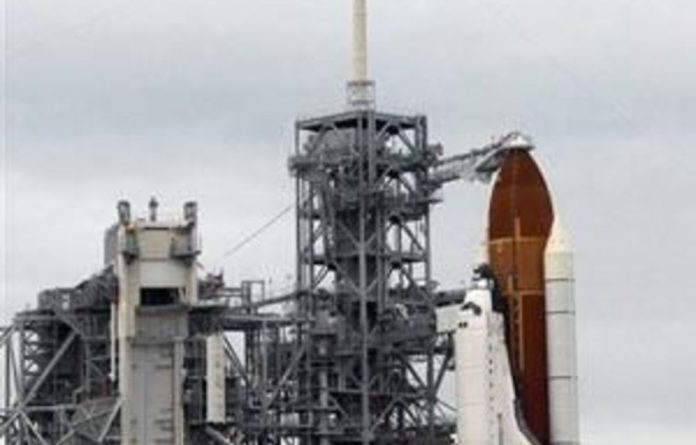 The United States space shuttle Endeavour is poised to launch on Friday carrying a multi-billion-dollar tool for searching the universe on the penultimate flight for Nasa’s 30-year program.

As many as 750 000 onlookers, including President Barack Obama, are expected to converge on the area around Cape Canaveral to catch a glimpse of the shuttle’s blast-off toward the International Space Station at 19.47 GMT.

After Endeavour returns from its 14-day mission, known formally as STS-134, and Atlantis launches for a final time in June, the iconic space shuttle program will close for good.

That will leave Russia to provide the sole taxi for astronauts heading to and from the orbiting space lab until a new spaceship is built by a partnership between Nasa and private companies, by 2015 at the earliest.

The cost per astronaut for a ride to the International Space Station aboard the Russian Soyuz craft will be $51-million.

Stormy weather boosted the likelihood of a delay to Endeavour’s launch to 30%, though the worst appeared to have passed by Friday morning.

The process of filling the bright orange external fuel tank began on time at 6.22am and finished three hours later, Nasa said.

The shuttle Endeavour is the youngest of the three-member space flying fleet. It was built in the wake of the Challenger disaster in 1986 and flew its first mission to space in 1991.

Discovery, the oldest, flew its last mission in February and March, and is in the process of being stripped of all its valuable components ahead of its retirement in a museum on the edge of the US capital, Washington.

Endeavour will carry a $2-billion, seven-ton particle physics detector, the Alpha Magnetic Spectrometer-2, which will be left at the space station to scour the universe for clues as to how it all began.

Leading the mission is shuttle commander Mark Kelly, the astronaut husband of Arizona congresswoman Gabrielle Giffords, who has undergone months of excruciating rehab after being shot in the head in January.

“There is no way she would miss a launch involving her husband,” spokesperson CJ Karamargin said.

Giffords was shot point blank in the head by a 22-year-old gunman at a grocery store political meeting on January 8. Six other people were killed in the rampage, including a nine-year-old girl and a federal judge.

The bullet ripped through the left side of the 40-year-old Arizona lawmaker’s brain, the part that controls speech and movement on the right side of her body.

Her staff has said she is working hard to regain movement on that side and to improve her speech through a rigorous daily rehabilitation routine at a Houston hospital.

Giffords was cleared by her doctors to leave her program temporarily and will be on hand to watch the launch in person from Kennedy Space Center. She is not expected to make any public appearance.

President Obama, his wife Michelle and daughters Sasha and Malia will be in the spotlight, however.

Obama, who will also visit parts of the storm-ravaged south as the region struggles to recover from a spate of deadly tornadoes, is the first US president to watch a shuttle launch in person since Bill Clinton did so in 1998.

The shuttle Endeavour’s 25th career mission marks another leap toward the end of the three-decade US shuttle program.

There have been six space shuttles in all, including Endeavour, Atlantis and Discovery.

Enterprise was a prototype that never flew in space; Challenger exploded after liftoff in 1986, killing all seven on board and Columbia disintegrated on its return to Earth in 2003, also killing seven astronauts. — AFP