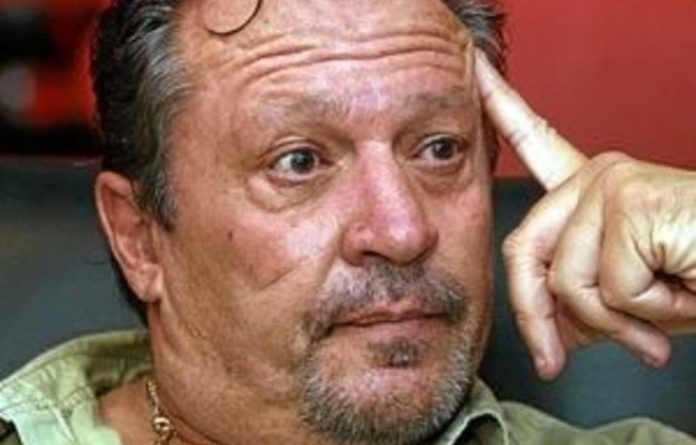 Top cop Major General Joey Mabasa is under investigation for conspiring to kill strip king Lolly Jackson after tests allegedly linked his firearm to the murder and him to the crime scene, the Mail & Guardian can reveal.

Mabasa headed police crime intelligence in Gauteng until the M&G revealed last June that his wife and the wife of Czech fugitive Radovan Krejcir had started a business together. He was transferred to police intelligence headquarters following the exposé.

The investigation of Mabasa, by the elite police unit, the Hawks, includes at least two legs: whether he was involved in the murder of Jackson and whether he was corrupted by Krejcir. Jackson and Krejcir had a close but rocky relationship.

Should the allegations stick, they will point to an even greater penetration by organised crime of a key state institution than yet evidenced by the facts surrounding the Krejcir and Jackson saga.

Krejcir associate George Louca, alias George Smith, has been widely identified as the man who pulled the trigger to kill Jackson on May 3 last year, supposedly after a booze-fuelled meeting between the two.

Louca was fingered by none other than Mabasa, who told the M&G after the murder that Louca had called him to confess. Louca, in an interview with the Sunday Times in his native Cyprus last month, did not confirm or deny shooting Jackson, but said: “If I go under, I will not go down alone, a lot of important people will go down with me. I will pay the consequences, but they will as well.”

The evidence against Mabasa, the M&G has learned, is based on forensic tests. But circumstantial evidence — not least the “coincidence” of his having reported his firearm stolen around the time of the murder — has added to the suspicion.

When called on Thursday, Mabasa said: “No you don’t— I don’t talk to the media.” Confronted with the allegation that his gun was used to kill Jackson, he said: “Send it [your questions] to the [police] media people.”

Police spokesperson McIntosh Polela responded: “Unless a matter is already before court we refrain from responding to queries about ongoing investigations. Given this situation, we are unable to respond to any of your questions related to General Mabasa.”

Three separate sources acquainted with the Hawks members probing Mabasa have confirmed the probe and key elements of it to the M&G. They spoke on condition of anonymity.

All three of the M&G‘s sources confirmed that Mabasa’s gun had allegedly been used to shoot Jackson and that this formed part of the investigation. One said that ballistic tests had confirmed it was the murder weapon.

Ballistic tests generally examine whether bullets or cartridges can be linked to a specific firearm.

Mabasa himself has put information in the public domain which may be relevant to both allegations.

On May 4 last year, the day after the murder, Mabasa said in an interview with the M&G: “Yes, he did call me. Three years back, Smith [Louca] was an informant on drugs for us. I had forgotten him. We stopped using him because he turned out to be a drug user. When he phoned yesterday, he had to explain who he was and then I remembered him. He said he killed Lolly.”

Mabasa said he planned to meet Louca, with back-up, at the Bedford Centre in Bedfordview, Johannesburg. “When we got there, he wasn’t there.”

Bedfordview is not far from the murder scene, a house rented by Louca.

More puzzling is the coincidence that Mabasa’s gun ended up with Louca, if both the allegation that Louca was the shooter and the evidence that the gun was Mabasa’s is accurate.

The police records system reflects that Mabasa opened a case at the police station in Rosebank, Johannesburg, on May 1 last year, saying he had been mugged and relieved of his gun.

This was two days before Jackson’s murder. But the “mugging” was reported in the media only well after the murder.

While Mabasa told the M&G after the murder that he had “forgotten” Louca, whom he described as a “former informant on drugs”, by the time he received the call from him, Louca appeared to confirm to the Sunday Times in Cyprus that he and Mabasa were acquainted. Asked about the nature of their interactions, he reportedly would only say: “money-laundering”. Mabasa told the Sunday Times in response: “That is rubbish.”

The conventional wisdom after the murder was that Louca snuck out of the country on the night of the murder and was already in Limassol, Cyprus, by the time the police could trace him. But the Sunday Times quoted him saying that he had remained in the country for more than two weeks, during which he even had time to pay his domestic worker her salary.

Said Louca: “I organised for a Cypriot passport to be couriered to me and I got a ride to OR Tambo Airport. I went through VIP so that no one would see me. I flew first-class on Emirates Airlines. I was the last passenger to board.”

One of the M&G‘s sources claimed: “Not just anybody can go through VIP at the airport. You have to know someone very high up to get access to the VIP section.”

The M&G understands that the National Prosecuting Authority and the Hawks have spent several months trying to reach a deal with Louca to give evidence against Krejcir and Mabasa.

Two of the M&G‘s sources confirmed police were investigating corruption allegations against Mabasa as well, including that he or his wife, Dorcas, had received a double-cab bakkie from Krejcir.

Krejcir’s attorney, Eddie Classen, this week denied the allegation, saying: “He [Krejcir] denies that he gave a bakkie to Mabasa or that he had anything to do with a bakkie for Mabasa. He has no relationship with Mabasa.” The M&G has heard allegations about such a bakkie before, including that Mabasa regularly arrived at work in it.

One of the M&G‘s sources said the bakkie was previously registered with a number plate starting with “DKR”, the initials of Krejcir, his wife Katarina and their son Dennis.

Last year a M&G investigation revealed that Katarina had started a company, Radlochron, in October 2009 with Dorcas Mabasa. They were co-directors.

Mabasa claimed at the time that it had nothing to do with him as he was estranged from his wife. This was contradicted by evidence that they still jointly owned a house and shared a residential address.

Krejcir told the M&G at the time that the link with Mabasa’s wife was innocent and the company never traded.

Krejcir also told the M&G at the time that he was introduced to Mabasa through his attorney, Ian Small-Smith, when Krejcir was afraid of being kidnapped.

When the M&G exposed the business relationship between the wives of Krejcir and Mabasa last year, a former business associate of Krejcir’s, Juan Meyer, accused Mabasa of holding meetings with Krejcir at Sandton’s Michelangelo hotel, something the two men have denied.

Meyer has alleged that he was present on two occasions when Mabasa was given bags that he, Meyer, believed contained cash.

Krejcir denied this to the M&G last year and claimed that Meyer never attended any meeting with Mabasa.

Mabasa has also been linked in a recent M&G exposé to allegations that crime-intelligence operatives were engaged in extensive phone tapping of Hawks members involved in the Krejcir investigation.

It is alleged that in at least one case the intercepted conversations found their way to targets of the Hawks’ investigation of Krejcir. Questions surround who motivated this surveillance, who approved it and whether the information was passed on to Krejcir.