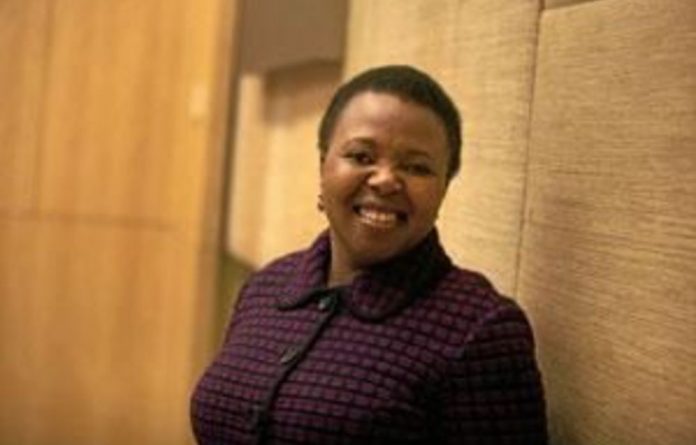 Former Telkom chief executive Reuben September’s ghost loomed large over the parastatal this week with the announcement that the fixed-line operator has lost R9.8-billion because of its failed investment in Nigerian business Multi-Links. To put this loss into perspective, Telkom’s market capitalisation is R19.46-billion, which means that the R9.8-billion equates to more than half of the company’s market value.

September was in charge of Telkom and oversaw the spectacular failed investment in Multi-Links before he stepped down in July last year. But no one has been held responsible for it, bringing into question the government’s appetite for holding the Telkom board responsible. Already Telkom has written Multi-Links down to a book value of zero, but its plans to offload the cellphone unit of Multi-Links, which makes up 90% of the company, came unstuck last week.

Telkom had reached an agreement with Visafone to sell Multi-Links’s cellphone business to it for $52-million (R353-million). But Helios Towers Nigeria won a court battle last week ruling that its 10-year contract with Multi-Links to lease cellphone towers to the Telkom subsidiary was valid, which led to a breakdown in negotiations between the two parties.

Telkom chief financial officer Deon Fredericks said at the telecoms company’s annual results announcement this week that the dispute between Helios Towers and Multi-Links had to have been resolved by June 10 if the sale to Visafone was going to go through. With the sale of Multi-Links’s cellphone business now dead in the water, ­analysts are speculating that the only way forward for Telkom is to liquidate the Nigerian subsidiary.

Telkom’s board has taken a decision to cut off all funding to Multi-Links, the board of which was expected to meet this week to decide its next steps. Telkom’s managing director of international business, Motlatsi Nzeku, said the Multi-Links board would take a decision about the way forward. “The board will decide how we deal with Multi-Links and do that responsibly, understanding the impact it has on the Nigerian market.”

Telkom chief executive Nombulelo Maholi emphasised this week that the contracts signed by Multi-Links were its own and not Telkom’s. This was an obvious attempt to assure the market that Telkom would not be facing legal claims as Multi-Links’s parent company.

Telecoms analysts, speaking on condition of anonymity to the Mail & Guardian, said the original decision to invest in Multi-Links was a poor one and serious questions about corporate governance needed to be asked. Telkom bought 75% of Multi-Links, a company with net assets worth R338-million, in May 2007 for $280-million (R1.9-billion).

A full-blown price war between the handful of code-division multiple access (CDMA — a form of multiplexing that optimises the use of bandwidth) players in the Nigerian market hit Multi-Links hard and the economic downturn added to its woes. But analysts argue that the decision to invest in Multi-Links was ill advised from the start.

One said that it was flawed because the CDMA technology that was used for the Multi-Links network could never compete with the dominant technology in Nigeria, the global system for mobile communications (GSM). A major problem with CDMA is the price of the handsets, which are much more expensive than those that use GSM.

The management of Multi-Links after its acquisition was very poor and its decision to buy a batch of CDMA handsets was costly, with Telkom ­having to write R298-million in handsets down to zero. This makes Telkom’s decision to purchase the remaining 25% of Multi-Links in January 2009 for $130-­million even more perplexing.

Analysts have said consistently that Telkom severely overpaid for the stake — the purchase price was more than three times the $44-million price tag recommended to Telkom by KPMG. Ekwow Spio-Garbrah, a government representative on the board, was the only Telkom director to object to the acquisition and was subsequently fired on April 28 2009.

Telkom said at the time that Spio-Garbrah’s directorship was terminated with effect from May 1 to allow for the staggering of appointments of new directors to the board. An analyst said the problems at Multi-Links had gone on for too long and Telkom seemed ­reluctant to admit that there were serious problems. “Someone has to take responsibility,” the analyst said.

The country usually exports 10 000 tonnes of the crop each year. But Covid-19 rules have stopped the trade and are ruining farmers
Read more
Africa

‘Akurakuda’, a graphic novel by Olalekan Jeyifous and Wale Lawal is set in a futuristic Lagos that acknowledges the resilience of dispossessed people
Read more
Advertising
Continue to the category
National