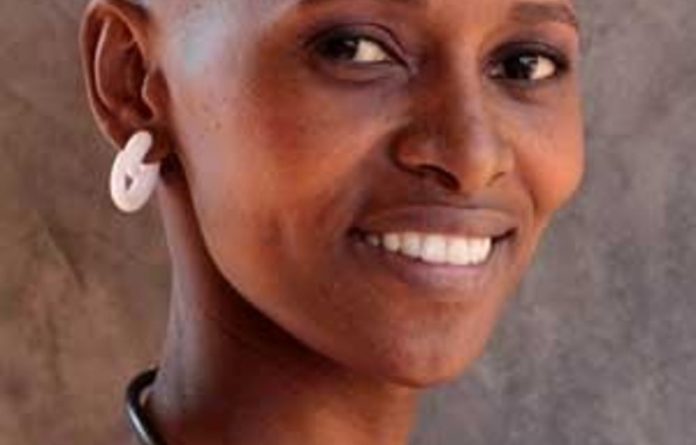 In South Africa, Nyamza has danced in works by many important choreographers, such as Robyn Orlin, Vincent Mantsoe and Boyzie Cekwana. Her international experience also includes a stint at the Vienna International Dance Festival and with London’s Sadler’s Wells Theatre. This week she will premiere two new pieces at the National Arts Festival: Isingqala is a solo work that investigates the role of the performer in adopting different identities; and in the second piece, Amafongkong, she dances with seven members of Ethiopia’s Adunga Dance Company based in Addis Ababa. The work is the result of improvisation with performers of “mixed abilities”.

The National Arts Festival’s talk shop is called Thinkfest! This gathering of intellectuals, students and wannabees will showcase authors of recent publications, dramatists and experts in many disciplines. Artists with works on the Main festival programme represented on the podium this year include Anthony Akerman, the author of Somewhere on the Border, and Craig Higginson, the scriptwriter of The Table. A panel discussion featuring Arts Minister Paul Mashatile will look at funding in the arts, and luminaries such as Albie Sachs and Dennis Beckett will focus on issues of democracy.

The keynote lecture, “Thinking Africa: 50 Years On”, will be delivered by VY Mudimbe, a professor of literature at Duke University. This will usher in several films, introduced by participants of the colloquium, about the late psychiatrist and activist Franz Fanon. They include Isaac Julien’s Black Skin, White Masks, Gillo Pontecorvo’s Battle for Algiers and Steve Kwena Mokwena’s Driving with Fanon.

Alternative filmmaker Claire Angelique, last year’s winner of the Standard Bank Young Artists Award for Film, says about her new work, The Palace of Bone: “In 2008 I met Faith and her group of friends who lived and hung around in downtown Durban. She seemed like a lot of fun. Lush was in a band. Katapilla was a dealer. Kat’s half-brother and Faith’s boyfriend Deon played a bit of guitar and smoked a lot of wanga. Tito drank beer and argued politics with Jackie the Chan.

And me? Well, I just filmed it all, including the murders.” The title is a euphemism for the back streets, back rooms and back doors of the city of Durban. By the end of Faith’s journey, there are six corpses in Durban harbour.

Mail & Guardian critic Shaun de Waal, commenting on her last film, My Black Little Heart, said: “You’re horrified, but you can’t quite tear yourself away.”

As part of a new partnership with the National Arts Festival, the South African Post Office will launch a series of 10 stamps featuring indigenous African musical instruments at the festival on July 3. The partnership between the festival and the post office aims to raise awareness of the importance of indigenous music and its cultural legacy.

South African artist Hein Botha, who designed the stamps, will attend the festival and the post office will present a specially co-ordinated philately exhibition at the Observatory Museum in Grahamstown. At the Albany Museum, the post office will support an exhibition of African musical instruments drawn from the world-renowned Hugh Tracey collection.