Made in China, protected in Africa 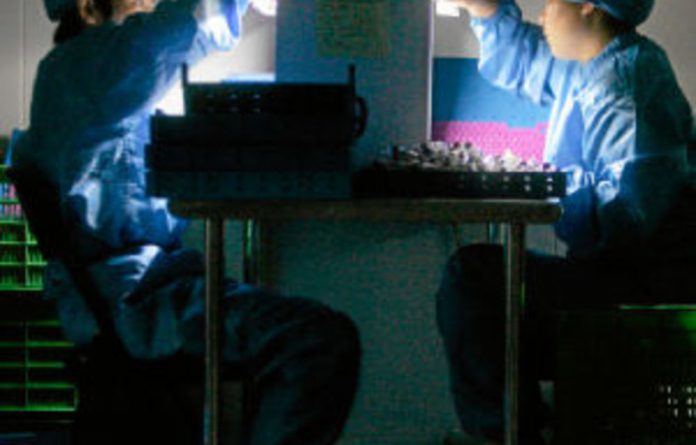 After intense assessment that lasted more than five years, the World Health Organisation (WHO) in March gave its seal of approval to China’s State Food and Drug Administration (SFDA), which regulates its production of medicines and vaccines.

In “certifying” the SFDA, the WHO was essentially saying that it trusts China to produce good, safe vaccines. If, as many international health experts expect, the Chinese can in the near future mass-produce effective vaccines, it will be one of the most significant developments to occur in the international health sector.

The sheer volume of vaccines expected from China will drive global prices down to an unprecedented degree, increasing the availability of medicines and probably saving many millions of lives in poor nations around the world.

Following the WHO’s action, Chinese manufacturers of vaccines are eligible to apply for WHO “pre-qualification” status. Successful applicants are allowed to supply vaccines to the United Nation’s Children’s Fund (Unicef) for distribution in developing countries.

China has been producing vaccines for domestic use for the past 90 years. Thirty-six manufacturers produce 49 types of vaccines against 27 diseases, including measles, polio, BCG (TB), hepatitis B, and H1N1 (swine flu).

The second hurdle to be cleared to allow China to enter the world vaccine market is for the WHO to approve the production standards for each vaccine for which individual Chinese vaccine companies have applied for prequalification. The WHO and Chinese manufacturers are in negotiation about this process and its successful completion for the first few vaccines is expected in two to three years.

“WHO is extremely excited about China’s involvement [in international vaccine production] and we’ve therefore made immense investment in the country, particularly in terms of training,” said the organisation’s vaccine director, Jean-Marie Okwo-Bele. “It will be fantastic to have another supplier from the developing world and this will hold immense advantages in terms of price and availability from which Africa will undoubtedly benefit.”

Nearly half of Unicef vaccines are funded by the Global Alliance for Vaccines and Immunisation (Gavi), with about two-thirds of Gavi-eligible countries being African. Such countries receive vaccines for free, with Gavi financing inoculation for about 40-million children in poor countries each year. Cheaper prices would result in Gavi being able to buy considerably more and also a wider variety of vaccines to save more lives, particularly in Africa.

“The sheer volume that the country can produce and the fact that it can do so at a notably lower cost than developed countries could lead to a drastic reduction in the price of vaccines worldwide, as there would be more suppliers, more competition and better bargaining power,” he said.

The Japanese encephalitis (JE) vaccine is the first inoculation for which a pre-qualification application is likely to be submitted by China. It is manufactured by the Chengdu Institute of Biological Products (CDIBP) in Sichuan province, a firm owned by the Chinese government.

“In the developed world, the required JE doses cost between $2 and $3,” Zhang said. “But China is able to produce it for just above $1 for five doses.”

Path is helping CDIBP to submit its WHO application, a process that is expected to be completed in early 2013. Said Zhang: “Obtaining pre-qualification is very complex. There are several steps to follow, such as ensuring that vaccine trials adhere to WHO standards and documentation practices are of a high quality.”

The Bill and Melinda Gates Foundation, which funds Gavi, is exploring investment opportunities in a Chinese-made oral polio vaccine, for which China has already reported remarkable success.

“We’re considering technical assistance in regard to the production facility itself and also assistance with the design of clinical trials in order to help China achieve prequalification in the fastest way possible,” said the foundation’s director for global vaccine delivery, Rajeev Venkayya. “China is able to produce this vaccine at a low cost, which could lead to overall lower prices in the market,” he said.

Should China’s applications for the prequalification of individual vaccines be successful, it is likely to expand its medical assistance to Africa to include vaccines, said Yu Wang, the director of the Chinese government’s Centres for Disease Control. China is already providing several African countries with access to Chinese-made malaria drugs and has sent thousands of doctors to Africa to help treat cases.

SA to make own vaccine
South Africa produced vaccines until the late 1990s, after which the state halted investment in the process. Although no vaccines are currently made in the country, a public-private partnership between the Biovac Consortium and the government, known as the Biovac Institute, is aiming to become a fully fledged manufacturer by 2013.

According to Biovac chief executive Morena Makhoana, government owns 47.5% of the partnership, mainly as a result of its donation of the former government’s vaccine factories in Pinelands, Cape Town. The institute is renovating them, using a loan from the International Development Corporation.

Renovations are expected to be completed towards the end of 2012. The Biovac Institute’s private partner is Litha Healthcare, which is listed on the JSE.

South Africa’s Medicines Control Council has not yet been certified as “functional” by the WHO. But, according to Makhoana, the council will apply for such status within the next two years. If it is successful, Biovac will be able to apply for WHO prequalification for individual vaccines.

“We intend to apply for prequalification for pentavalent [a five-in-one vaccine that protects against five diseases including hepatitis B, tetanus and haemophilus influenza B] and also look at further options for influenza,” Makhoana said.