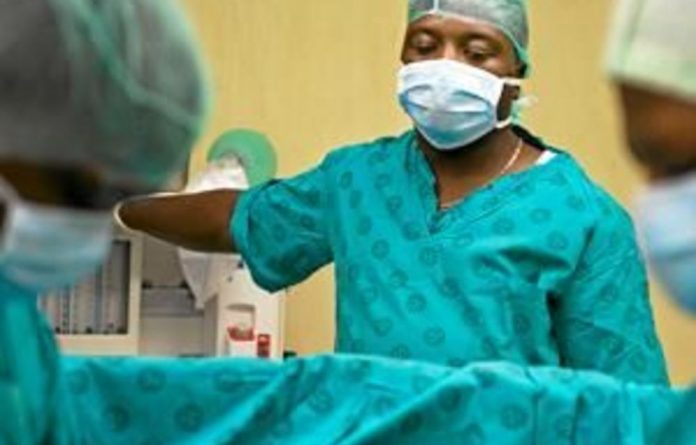 South Africans will not have to make contributions to the National Health Insurance (NHI) scheme — yet. But the government’s long-awaited green paper on the scheme argues strongly that mandatory payments should be introduced soon.

Released on Thursday, it describes a scheme that would be introduced over 14 years, starting next year. It proposes a government-managed central buyer of healthcare services and aims to give all citizens equal access to healthcare.

Membership would be compulsory for all South Africans and legal permanent residents but the paper says existing medical schemes would continue alongside the NHI. But medical aid members would have to pay both NHI and private insurance premiums — without the tax breaks members of medical aids currently enjoy.

“This is at least a reduction from the more bizarre proposals of 8% of GDP published last year but it is still too high because there are no international precedents for this form of tax increase,” said Alex van den Heever, a health economist at Wits University.

The paper does not specify when mandatory payroll contributions would be introduced but it does say that an NHI fund should be established in 2014.

It is unclear how much these contributions would be but the paper refers to current medical aid contributions, which range between 5.5% and 9% of individual salaries.

The document says that the collection of public contributions should be managed by the South African Revenue Service and that the treasury should allocate “the payroll-linked mandatory contribution to NHI” in consultation with the health minister and the NHI.

But industry experts argue that this is unlikely to happen because it would pose a serious risk to the government’s efforts to create jobs.

The document raises the possibility of incorporating private-sector hospitals and professionals into the scheme but it says the way in which these employees would be paid should change significantly.

Private medical professionals are paid on a fee-for-service basis. The document says that health providers should be paid using a “risk-adjusted capitation system — linked to the size of the registered population, epidemiological profile and target utilisation and cost levels”.

Private health professionals accredited with the NHI would therefore be paid a fixed amount per enrolee, not per service, on a monthly basis. This is likely to be much lower than their current levels of income.

Van den Heever said that would be impractical: “It is hard to see where doctors will be obtained to make this framework work, and how they can be made to accept such a significant drop in private income.”

Although co-payments would not be the norm, the paper says the NHI should impose them in some cases, such as when a patient wanted to access benefits that were not covered under the NHI benefit package.

Van den Heever said that, despite a scathing Human Rights Watch report on maternal health released this week, the green paper “fails to deal with governance and accountability”.

The report describes the poor services provided to mothers who give birth in state facilities in the Eastern Cape and the lack of accountability of nurses, which lead to a high number of maternal and infant deaths.

“Unacceptable healthcare given to mothers and newborns in South Africa is a crisis that has nothing to do with available resources,” Van den Heever said.

The green paper will be published in the Government Gazette and a three-month consultation period with industry stakeholders will follow.

Would you screen yourself for cervical cancer at home?