The honesty in playing it safe 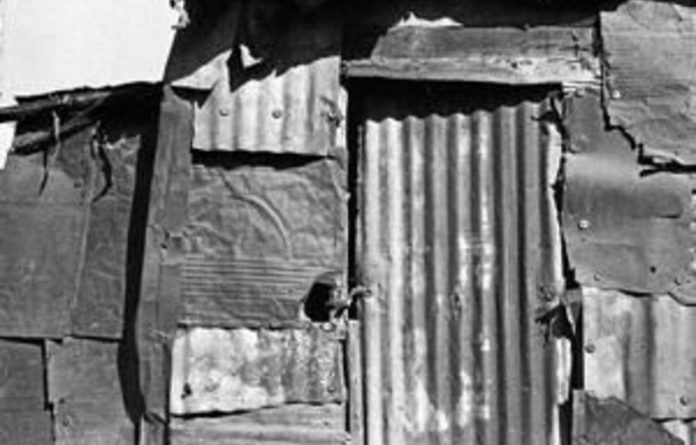 On page one of Michela Wrong’s book, It’s Our Turn to Eat, I made my first acquaintance with the informal settlement of Kibera in Nairobi, Kenya. On that page the introduction reads, “— there were plenty of kids up there from Kibera slum, the sprawl of rusty shacks that stretched like an itchy brown sore on the modern city landscape, and they had a nasty habit of using their own excrement as missiles”.

I therefore had a set of expectations when I visited Andrew Tshabangu’s show, Kibera Nimoja. Nimoja means “we are one”.

In a statement on the gallery wall Tshabangu says that he is drawn to photographing interior and exterior living spaces without their ­occupants.

This is borne out by the body of work he did on the interiors of hostels around Johannesburg and this leads me to the fact that everyone who has ever glanced at a newspaper is acutely aware of — that modernity has bequeathed us with the novel idea that we can have access to the intimate details of other people’s lives and in some cases we are even entitled to it.

Accessing private spaces
While the photographer fulfils the quest to access other people’s private spaces, the viewer is presented with an ethical dilemma. We are torn between vulgar voyeurism and the obligation to look “responsibly” when confronted with difficult images that jolt us out of our comfort zones.

The burden resting on our collective consciousness is the claim that we shouldn’t shy away from such images because these have the power to awaken our sense of moral indignation, thereby spurring us into action. However, Tshabangu’s images do not ask us to do this. In a sense they are ordinary and do not move the viewer in any way.

I suspect that is precisely the point — that the viewer is forced to contemplate the images not simply for their sociopolitical content; these are, after all, images of simple, everyday things. They carry very little meaning outside of what one is presented with. We see people in shops, in transit and in places of worship.

There are two things that imbue these images with a sense of potency. The first is the minimalism of what is captured in them — a chair, a wall clock, a door. The atmosphere is enhanced by the simplicity of the titles, giving a vague suggestion of something beyond what is in the frame.

The second is the lighting. Predictably the interiors are dark except for shards of light entering though a window or a doorway. This lends the images some sense of occasion, lifting them sufficiently above the banal to make them worth a second look.

Ripe with irony
A number of works appear ripe with irony. Titles like Restaurant and Hotel suggest a life of luxury, but these are places that are far from ostentatious. One image I found particularly loaded with irony depicts a makeshift cinema in a shack, which the owner, as its signboard indicates, has christened the “theatre of dreams”.

Tshabangu has titled it simply Bioscope
.
The scenes of ordinary daily life belie the fact that, at the time that these images were taken, Kibera was recovering from the post-election violence in 2008. Kibera was one of the areas that, according to Tshabangu’s artist’s statement, were said to be not easily accessible. But apart from graffiti painted on the walls appealing for peace in a few works, there is little to suggest that Kibera was a site of conflict.

In his statement Tshabangu says that the manner in which spaces are organised speaks volumes about the people who inhabit them. I am not so sure that is entirely true.

At first glance the work lends itself very easily to the category of photographs that make a fetish of poverty — and if someone’s perceptions have been prescribed by descriptions of “excrement missiles” then one is in serious danger of seeing only that.

Not making grand statements
But Tshabangu has been careful to highlight some of the simple ways in which these spaces are transformed from mere dwellings or informal settlements into homes.

Although the exhibition has a sense of coherence, the photographs that make up the body of work suggest that Tshabangu is not trying to make any grand statements, to be clever, or to pander to our appetite for spectacle.

This leaves me a bit ambivalent about what he has accomplished with the show.

Part of me wants to admonish him for not extending himself beyond what is obvious and ordinary, but it is also this very fact that makes me admire the honesty and integrity with which he has approached his subject — and we all know the art world needs a good healthy dose of that right now.