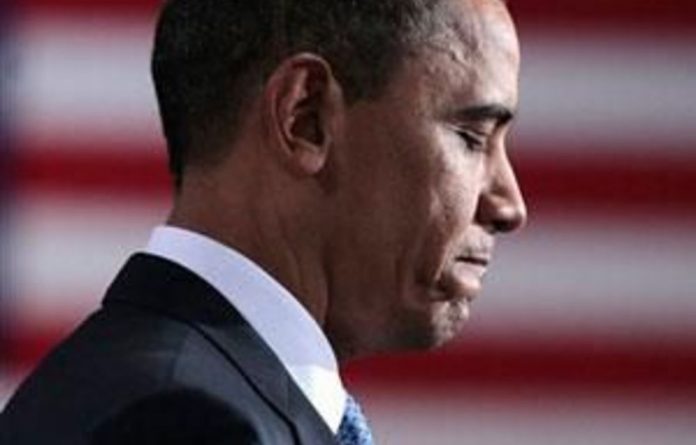 United States (US) President Barack Obama admitted on Sunday that many Americans were not satisfied with his record on the economy, as long-serving aides launched a fight back against Republicans.

Obama’s approval rating on the struggling economy has dipped to 26% in a Gallup poll as fears grow of a slump into a second recession and global stock markets plunge, clouding his 2012 re-election prospects.

“You’ve got an unemployment rate that is still too high, an economy that’s not growing fast enough,” Obama said in an interview with CBS News — taped during his economic-themed bus tour of three states last week.

“For me to argue, ‘look, we’ve actually made the right decisions, things would have been much worse had we not made those decisions,’ that’s not that satisfying if you don’t have a job right now,” he said.

“I understand that and I expect to be judged a year from now on whether or not things have continued to get better.”

The president dismissed fears of a second recession which have spooked the markets but argued that outside factors like the European debt crisis, Japan’s tsunami and the Arab spring had hit economic growth.

“I don’t think we’re in danger of another recession but we are in danger of not having a recovery that’s fast enough to deal with what is a genuine unemployment crisis for a whole lot of folks out there and that’s why we need to be doing more,” he said.

Holding back recovery
Obama accused Republicans of blocking his plans to create jobs and revive the economic recovery and of putting their own political gain ahead of their nation’s needs.

Currently on vacation on Martha’s Vineyard, a well-heeled resort island off Massachusetts, Obama has promised to unveil a major jobs and deficit-cutting program in September when lawmakers return to Washington.

He wants Republican lawmakers to pass an extension to a payroll tax cut, to agree to the creation of an infrastructure bank to put construction workers back on the job and to agree to job help for Iraq and Afghan war veterans.

While the president took his family to a beach, some of his longest serving aides, now out of the White House and involved with his re-election bid, fanned out on Sunday morning talk shows to push the program.

“I think people are tired of the games in Washington. The only thing that keeps us from acting on many of these things is pure politics,” said long-time Obama aide David Axelrod on CNN’s State of the Union.

“The fact that we can’t agree to extend a payroll tax cut for working Americans is bewildering to me”.

Obama critics
Another former big beast of the Washington jungle, ex-George W Bush advisor Karl Rove, laid into Obama’s record on the economy and dismissed his promise for a big new jobs plan.

“His policies have utterly failed. This is the seventh or eighth or ninth time that we’ve heard the president talked about producing a plan,” Rove said on Fox News Sunday.

“And each time that he sort of [got] around [to] tossing an idea on the table, it has included only more spending, more deficits, more debt, and the American people are fed up with it.”

Another former Obama aide Bill Burton snapped back, saying Americans did not want lectures from an administration that “turned a record surplus into a deficit that got us involved in a war that we never shouldn’t have been in, and turned the floor of the New York Stock Exchange into a casino.” — AFP