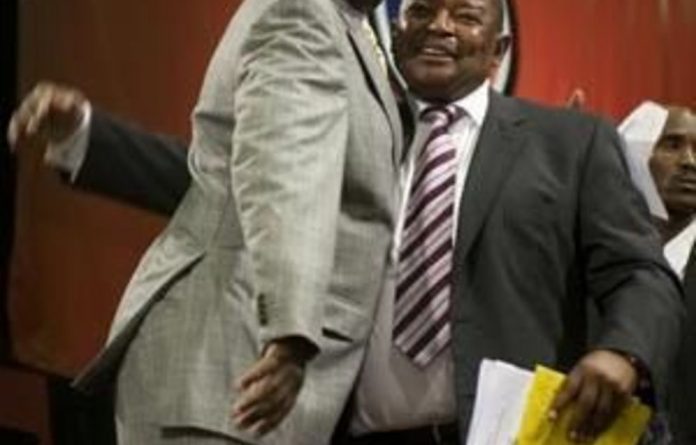 Congress of the People co-founders Mbhazima Shilowa and Mosiuoa Lekota were set to continue their dispute over the leadership of the party in an application in the South Gauteng High Court in Johannesburg on Tuesday.

Lekota was not present in court on Monday.

The case was postponed until Tuesday to give lawyers time to prepare after Lekota’s main counsel fell ill.

In February, Lekota secured an interdict from the court preventing Shilowa from calling himself the president or a member of the party.

This, in effect, stopped him from participating in the party’s politics.

The two were part of a group of co-founders of the party who broke away from the African National Congress in 2008 because they felt it had lost sight of its core values.

They made the move after former president Thabo Mbeki stepped down, having lost the presidency of the ANC to Jacob Zuma in Polokwane the previous year.

The party has since then been unable to agree who is its president.

The Shilowa and Lekota factions each claim to be the legitimate representatives of those who voted for the party in the national election in 2009.

Former Methodist bishop Mvume Dandala was Cope’s presidential candidate ahead of that election, but later resigned as its leader in Parliament.

Shilowa left his job as a premier of Gauteng and Lekota left the post of defence minister when they made their breakaway. – Sapa