US, Japan will bounce back, says Biden 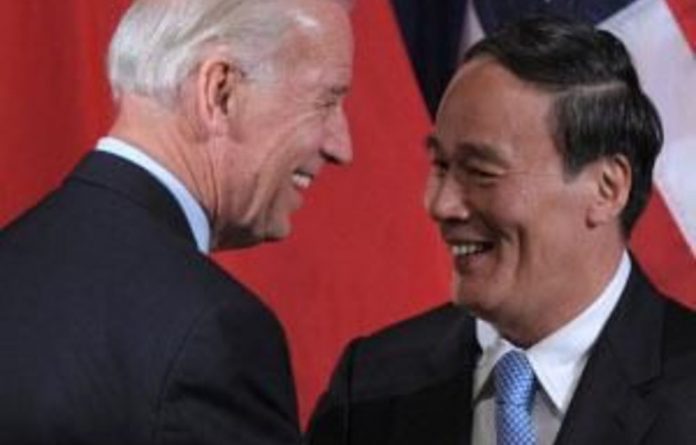 United States Vice-President Joe Biden said on Tuesday the US would overcome its debt crisis and Japan would move on from its devastating earthquake in March, warning doubters not to count the two countries out.

Biden — who kicked off a trip to Asia last week with talks in Beijing — met Japanese Prime Minister Naoto Kan in Tokyo to discuss rebuilding efforts after the March 11 earthquake and tsunami which killed more than 20 000 people and triggered the world’s biggest nuclear disaster since Chernobyl in 1986.

In opening remarks, Biden said he had come to Japan to express US sympathy and admiration for Japan’s handling of the earthquake and he made a robust case that neither Japan nor the United States was in decline.

“While you’re struggling to deal with one of the greatest natural disasters any country has faced and we are dealing with getting our budget in order, there are voices in the world who are counting us out,” Biden said.

Kan thanked Biden for the “enormous assistance” the United States had provided to Japan and said his visit was a positive signal.

“We are back in business,” Kan said, according to a translator. “This visit … demonstrates to the world that Japan is open for business.”

Better relations
Unpopular Kan will likely resign at the end of August, his economics minister said on Tuesday, setting the stage for Parliament to pick Japan’s sixth leader in five years as the country confronts the nuclear crisis and economic woes of its own.

Japanese ties with Washington frayed after the Democratic Party took office in 2009 and then-Prime Minister Yukio Hatoyama sought to keep a campaign pledge to move the US Marines’ Futenma air base off its southern island of Okinawa.

Japan last year agreed with the United States to stick to a 2006 deal to move the base to a less populous area on the island, but the Japanese government has yet to win support for that plan from local residents.

“The United States extended great help with its Operation Tomodachi [earthquake rescue and relief]. So the Japanese side is thankful to the United States,” he said.

“But no progress has been made on the Futenma issue and decision … Japan and the United States remain on good terms, but they have been in a situation where nothing moves forward.”

Pacific powers
Referring to his talks in Beijing, Biden said on Monday China’s leaders had not sought reassurances about the weak US economy, and he called Xi Jinping — the man expected to take over as China’s next president — pragmatic and strong.

Many analysts viewed Biden’s trip as a tour to convince China — the largest foreign holder of US debt — that its investments are safe after a bitter political debate in Washington over US debt and deficit problems sparked a credit downgrade.

Biden said one of the main purposes of his trip to China was to emphasise that the US was a Pacific power, like Japan.