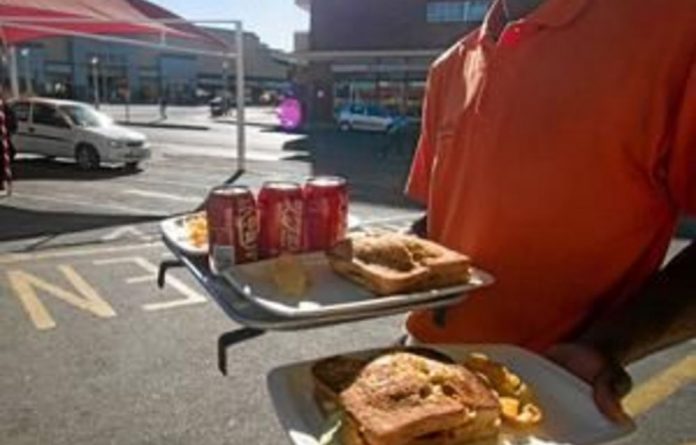 Call it rugged individualism, our love affair with the car, or just getting away from your parents, Johannesburg’s unhealthy obsession with the roadhouse stretches back at least 80 years.

Tracing the history of Jo’burg’s oldest roadhouse, the Doll House, on Louis Botha Avenue, proved difficult, but it was built sometime during the Thirties. Tony Leca, the manager, said this week the owner was now “very, very old” and had retired ­overseas.

In a black-and-white photograph of the place in its heyday — which Leca keeps in the kitchen — dozens of cars are parked on the dirt in front of the small building, which really does look like a doll’s house. The waiters and waitresses look blurred, like ghosts, in the long exposure.

The place has seen better days. The “w” in waffles is missing, but there is a thriving appreciation page on Facebook, where many wax lyrical about its toasted chicken sandwiches.

Comic appeal
In Alberton, the Casbah Roadhouse’s menu has 247 items, but the most famous — at least at this branch — is the belt-expanding Blondie.

The name comes from the old days, says owner Steve Theologo, when there’d be the Dagwood — with a burger — for the man and the Blondie — who preferred steak — for the lady.

Nowadays, the Blondie (R51) is the most popular and includes steak and a 160g burger, a fried egg, a slice of cheese, bacon, and onion, tomato and lettuce. It’s their most popular item and, as his wife Sharifa puts it, is “a business on its own”.

The roadhouse, opposite the Alberton Mall, was built in 1972, but the first of the Casbah chain was established in 1953 in Brakpan. The shop, made out of zinc, was originally called Smithy’s Tea Pot and was started by Steve’s aunt, Sylvia ­Theologo.

Steve remembers his aunt as “very pretty”. She taught herself by reading after leaving school in standard three. Her husband, Evangelo Aristotles (known as Ponch) had a hand in the preparation of the food and, says Steve, his burger and curry recipes are still being used in the ­restaurants.

Retro tastes
The hamburger has 10 different spices, a frikkadel, really, “just like they served in the Sixties”.

Every Casbah was built in the same way, Steve says. First, the kitchen was built and then another storey was added for living quarters.

His aunt was also a “toughie”, says Steve, who thought nothing of striding into the parking lot with a police baton to take care of unruly ­customers.

Steve has an old photograph of the original Casbah in Brakpan in 1972. The staff (black) is clustered around the edge of the photograph, and one can see a group of diners (white) that has pulled up in a Plymouth. There’s also a copy of the menu, from which you could order a mixed grill from R1.85 and a milkshake from 30c.

Back in the Seventies, the Casbah served what it called “cooked meals for working people” and it still serves them today.

The works
It’s a carvery, with three vegetables, roast potato, rice, gravy and a dessert. On Sunday, there’s roast lamb (R62 for a full portion).

Inside the large kitchen on a recent midweek afternoon, it was busy.

Orders are broadcast over a loudspeaker into the huge kitchen. There are rows of workstations. A woman is assembling a pair of Dagwoods with alacrity. She toasts the sandwiches while a cook behind her is frying the eggs and burgers.

They’re assembled, wrapped in paper and on their way out to the car where they rest on a standout tray that perches off your car window.

The Pretoria shop sometimes goes through 180kg of hamburger mince in a single day. There’s also a bank of chip fryers and one just for pre-frying.
Steve takes one of the thick, pre-fried, hand-cut chips between forefinger and thumb and squeezes. “It’s important that it doesn’t break,” he says.

He also pours scorn on the fast- food chains, which all use frozen chips and a nasty substance known as “chip white”, which keeps the potato looking fresh.

He suggests I try the chips “flattened” — between frying they are pressed flat — which adds to the crunch and they really are better than the normal variety.