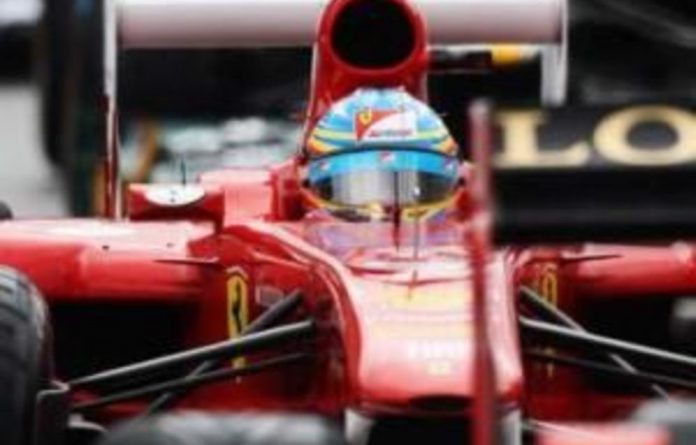 After seeing his drivers suffer from unexpected bad luck in two bizarre incidents, he was able to remain calm and collected.

He had seen 2009 champion Jenson Button fail to make the top 10 — he qualified in 13th — because of a misunderstanding in the team and then watched as 2008 champion Lewis Hamilton was almost barged off the circuit by Venezuelan Pastor Maldonado’s Williams.

In a moment of masterly understatement, Whitmarsh said Hamilton had been the victim of “an inconvenient incident”.

He said the clash was “fairly extraordinary” before saying, “Well, suddenly Maldonado chopped across him and he could easily have taken Lewis out of qualifying.

“We were lucky to be able to get Lewis back out there. We changed the front wing, but I don’t think we should be saying he would have been on pole. It was an inconvenient incident.”

Hamilton had earlier accused Maldonado of steering his car across the circuit deliberately to smash into his and said that it was lucky nobody had been seriously hurt.

Retaliation
The incident came after Maldonado had been slow to move across and give space to Hamilton, on a fast lap, at the Bus Stop chicane before the end of Q2.

After the chequered flag fell, he retaliated, it appeared, by attacking and colliding deliberately with the Englishman at the exit of La Source hairpin.

“I think it was quite serious and just fortunate that neither of us, particularly him, was flipped into a big crash,” said Hamilton.

“I have to look at it afterwards. At the end of Q2, I got to the end of the lap, the Williams was sitting there going very slow, and I had to try and get past, which I did.

“Then I lost quite a lot of time and as I was coming down the exit of Turn 1, I saw Maldonado approaching quite quickly.

“He came around me, I didn’t move anywhere, and he tried to swipe across me. I don’t know if it was intentional.”

The McLaren team had to carry out emergency repairs to allow Hamilton to take part in the top-10 shootout.

“The front wing was quite badly damaged, the side-pod and I think front suspension was damaged, front toe-in was a little bit out,” said Hamilton.

“I think once the flag is out and the red lights are on there is no need to be racing — there should never ever be an incident.”

Row
Maldonado denied it had been a deliberate move on his part.

While the row raged, Button was trying to digest his own bad luck.

“We should have been more proactive,” said Whitmarsh.

Button said, “It was a misunderstanding. I did my first lap and then cooled the tyres, not knowing I didn’t have any laps left.

“I was second quickest when I did my lap and then I didn’t get another chance. Wow, that is massively disappointing and a huge shock and a big mistake on our part.

“In every practice session we’ve been in top three so it is tough to be back in 13th, but we’ve got to deal with it. — AFP