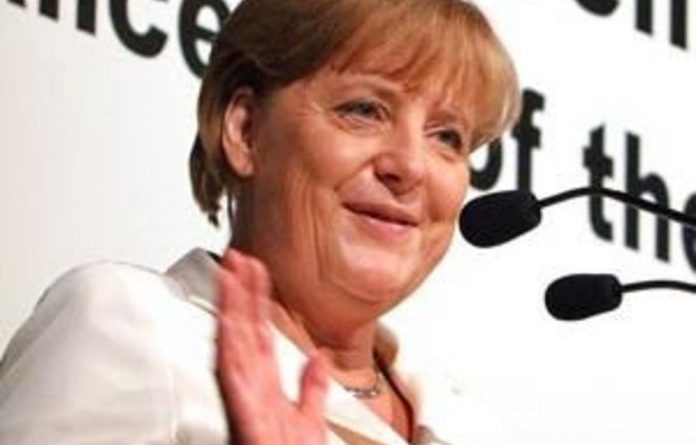 Germany’s Angela Merkel faces the biggest challenge to her leadership since coming to power in 2005, with traditionally loyal conservative allies openly criticising her approach to the euro zone crisis and her hands-off Libya policy in shambles.

Seen for much of the past six years as a reliable, steady leader whose competence and knack for brokering deals made up for a lack of bold vision, Merkel’s image has taken a beating over the past months and polls show an increasing number of Germans view her government as directionless.

The chancellor’s troubles can be traced back to two decisions taken in March, when she abruptly dropped her long-standing support for nuclear power in the aftermath of the Fukushima disaster in Japan and days later backed Germany’s abstention from a United Nations vote authorising military action in Libya.

Coming shortly before a crucial state election, which her conservatives subsequently lost, the steps looked too many in Germany and abroad like cynical political ploys to placate domestic opinion.

It is Merkel’s piecemeal approach to the euro zone’s worsening debt crisis that has come under fire over the past week and now threatens her iron grip on power in Germany.

For some in Germany, she has gone too far by bailing out stricken euro zone members and agreeing to intervention in the bond markets to prop them up. For others at home and abroad, she has not done enough, shirking bold steps that might solve the debt crisis because they would be unpopular at home.

This conflict will come to a head next month.

Merkel’s coalition has a comfortable 20-seat majority in the lower house of parliament. But if she is hit with dissent in her own ranks and is forced to rely on opposition parties to pass legislation to expand the single currency bloc’s rescue mechanism — the European Financial Stability Facility (EFSF) — then her coalition could collapse, sparking early elections.

“The euro crisis entered a new phase over the past week,” influential German weekly Der Spiegel said on Sunday.

“Before the main question had been how the common currency could be saved. Now it is also about saving Merkel’s chancellorship. If her coalition does not deliver a majority for the enhanced euro rescue mechanism in the autumn, people close to the chancellor say, the coalition is all but finished.”

Allies nervous
The chances of Merkel failing to secure her own majority in the EFSF vote, which is likely to take place on September 23, still seem slim.

Her Christian Democrats (CDU), hovering at a weak 30% in opinion polls, have little incentive right now to bring forward an election that is not scheduled to take place until the autumn of 2013.

“I expect she will get majority backing from her own coalition,” said Gerd Langguth, a political scientist at Bonn University and biographer of Merkel, putting the number of dissenters at around 15.

“If it’s not enough, Merkel would be forced to resign. It would lead to a crisis. No one is interested in an early election.”

Still, the risks to the chancellor cannot be completely discounted. Her traditional allies are growing nervous about the direction of the party, which suffered a new blow this month when one of its regional leaders was forced to resign for having an affair with a 16-year-old girl.

Critical voices from within the party have grown louder over the past week, with senior CDU lawmaker Wolfgang Bosbach vowing publicly to vote against the EFSF increase and popular Labour Minister Ursula von der Leyen — seen as a potential successor to Merkel — wading into the euro zone debate with comments that went against official policy.

Perhaps most damaging of all was former Chancellor Helmut Kohl’s rare public criticism of his protégé last week. Kohl plucked Merkel out of obscurity in East Germany after the fall of the Berlin Wall in 1989, bringing her into his cabinet and helping to launch one of the most unlikely and astonishing political careers that Germany has ever seen.

“The enormous changes in the world can be no excuse for having no view or idea where you belong and where you are going,” Kohl (81) said.

Libya embarrassment
Germany’s decision five months ago to join with China and Russia in refusing to back the UN resolution on Libya looks even worse now that dictator Muammar Gaddafi has been toppled.

Until recently, Merkel had successfully deflected blame for that decision onto her Foreign Minister Guido Westerwelle, who embarrassed the government last week by suggesting that economic sanctions, rather than Nato air strikes, had played a decisive role in forcing Gaddafi out.

Westerwelle, who was forced to relinquish his position as leader of the FDP in April, may be forced out as foreign minister too if his party is booted out of regional parliaments in Berlin and the eastern state of Mecklenburg-Vorpommern next month.

“If the elections end up going badly for the FDP, I can well imagine the pressure on Westerwelle will become too strong,” said Klaus-Peter Schoeppner, head of polling group Emnid.

Many in Germany would see the departure of Westerwelle, the close Merkel ally whose success in the 2009 election helped vault her to a second term, as a symbolic blow for the chancellor as well.

However the biggest threat to her holding onto power, should she survive the EFSF vote next month, could be the slowing German economy. Data over the past two weeks showed that Europe’s biggest economy ground to a virtual halt in the second quarter of the year.

Business confidence plunged this month by its largest amount since shortly after the bankruptcy of United States investment bank Lehman Brothers in 2008. Some economists now see the risk of a recession in Germany.

The country’s robust rebound from the global economic downturn of 2008/2009, and sinking unemployment, was one asset Merkel thought she could count on heading into the next election.

Now that support is crumbling it is wiping away some more of the magic that she exuded in her first years in office when she was celebrated in Germany and abroad as the “Gipfelkoenigen” — or Summit Queen — for brokering deals with in the EU and G8.

“Her downfall may not come from the euro crisis but simply from the fact that she has lost the shine, the sure footing that she had at the start,” said Josef Joffe, editor of German weekly Die Zeit. — Reuters