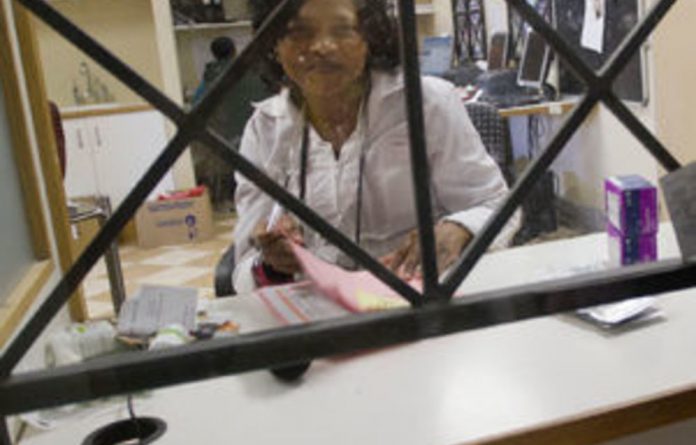 Doctors in the public sector say it is a far-fetched notion that the National Health Insurance scheme will work with South Africa’s public hospitals in the state that they are in.

They say that gross mismanagement and a major shortage of doctors are the biggest obstacles to the efficient working of public hospitals.

“Most issues revolve around the management of our hospitals,” she says.

“We need people with the necessary skills, qualifications and capacity. I might be a doctor, but that doesn’t mean I have the skills to manage a hospital.”

Hospital chief executives don’t understand how a hospital’s priorities differ from those of an office, she says, and many don’t even have a medical background.

Tende Makufane, the president of the Junior Doctors’ Association of South Africa, says: “We have done extensive research on the problems facing public hospitals. The reality is that most of our hospitals don’t have good managers. Some have not undergone any finance training and others have no training in healthcare.”

Bad management translates into a number of tangible issues, he says.

“The infrastructure in hospitals is poorly maintained, from the physical structure down to the equipment.”

Much of the equipment at public hospitals is badly maintained or not replaced timeously.

“This is the fault of poor management. It has not set up functioning systems to maintain equipment.”

Makufane says public hospitals are still faced with an unreliable supply of medicines.

“It’s common for our hospitals to run out of antiretrovirals or medication for diabetes and tuberculosis, sometimes for up to six months.” He blames this on a “faulty ­tendering process”.

Shortages
A doctor at Charlotte Maxeke Hospital in Parktown, Johannesburg, who asked not to be named, says that underspending by management means that the anaesthetics department is often short of stock of basic medicine such as painkillers.

He says there are no working computers to check laboratory results. “You can’t check simple things like blood-test results.”

“There is a lack of ICU [intensive care unit] beds,” he says, “which is a huge problem. It means that you can’t do operations. You either have to delay operations or send the patient back to their ward, which compromises their care.”

With only one CT scanner, he says, patients sometimes wait for up to two weeks to be scanned, costing the health department R1 200 a day.

And doctors’ rest areas need to be upgraded so that they can work better.

“At 3am, the doctors’ rooms make you want to throw up. The CEOs [chief executives], the administration, the health department don’t care if I have a good working experience. There’s also a serious cockroach problem here.”

Another problem is a significant shortage of hospital staff.

“The government is focusing on the production of more doctors but it is not focusing on retention,” says Makufane.

Ramathuba agrees, saying that some departments in public hospitals operate with two or three doctors when they need 30.

According to another doctor at Charlotte Maxeke Hospital, the shortage of doctors in medical casualty means that people often wait more than six hours to be attended to.

“There is no focus in the NHI on where the skills will come from,” says the doctor. “There’s no point having a beautiful hospital with no doctors to fill it.”

He says that patients are sometimes operated on by doctors who have already worked 30-hour shifts.

And the hospital is also short of administration staff.

‘Bad attitude’
Ramathuba says that staff at public hospitals are often criticised for having a “bad attitude”, but it is not their fault.

“In private hospitals, patients bring their doctors and nurses bunches of roses, they take their medicines and, if you ask them to come back after two days, they come.

“In public hospitals, the patients are often rude and they don’t follow instructions. We have to improvise on treatment.”

Staff “have to watch patients die all the time and they have no debriefings”, she says.

“Community service doctors end up running hospitals in rural areas with no support.

“If a woman dies in childbirth, it affects you — you don’t sleep at night. There aren’t enough beds in hospitals and you have to choose which patient lives and which one dies. It destroys you. And then people want to ask about your attitude.”

But Professor Sharon Fonn, the head of the School of Public Health at the University of the Witwatersrand, believes staff also need to take responsibility for the state of hospitals.

“There is a lack of commitment from staff and poor interpersonal care, for whatever reason,” she says.

“There is little sense of ownership of the health system and no sense of collective responsibility for improving it. It’s often someone else’s job to make things work better.”

Staff, equipment on Helen Joseph casualty list
Helen Joseph Hospital is currently used by mostly working-class people in Johannesburg, many of who come from all over the city to visit the hospital’s well-known Themba Lethu HIV/Aids clinic. But when the National Health Insurance scheme is up and running, the hospital will have to provide for people of all income groups in the area.

There are a number of things that need to change at the hospital for this to happen.

When the Mail & Guardian visited the overflowing Themba Lethu last week, there was a sign hanging over the front desk saying that the clinic was experiencing a shortage of doctors.

“We see an average of 300 patients a day, with six doctors,” says Dr Itumeleng Motlung, who works in the clinic. This is normally 100 more than are booked.

“This month, we are going to lose two more doctors,” he says. “Ideally, you need one doctor for 30 people in eight hours. On average, one doctor here sees 50 patients a day and they always work more than eight hours.”

Dr Lara Goldstein heads the casualty unit at Helen Joseph. “The hospital won’t cope under the NHI,” she says. “We need more staff. We see about 170 patients a day and we don’t have enough people to work 24 hours.” Medicine shortages are another problem for her unit, which she blames on the “hold-up at the GSSC [the Gauteng Shared Services Centre]”.

According to another doctor at Helen Joseph who asked not to be named, several issues will render the NHI inoperable at the hospital: “The standard of nursing care has deteriorated significantly over the years, with nursing staff unable to assist even with resuscitation. Also, attitudes have to change. Often life is made very difficult for doctors by the attitudes of the nursing staff, or porters or technicians.”

She says there is a major shortage of staff. “Most doctors are working maximum overtime and, on occasion, a little more. Polyclinic, which is one of the busiest departments, relies on interns with very few permanent staff and this should not be the case. Nursing staff often complain about the shortages, which have a detrimental effect on patient care as well as doctor-nurse relationships.”

She says equipment is problematic and the pharmacy often runs out of basic medicines.

“Theatre runs short of linen for operations and most doctors buy their own scrubs only because there is none available or it is in the incorrect size. Even patients often don’t have suitable garments while in hospital or for theatre. In wards, we sometimes have to share blood-pressure cuffs and you’ll find there is no antiseptic, no soaps or handtowels. You’ll find no sterile packs for lumbar punctures in certain of the medical wards. Every day there is a new “surprise’ and we make do.”