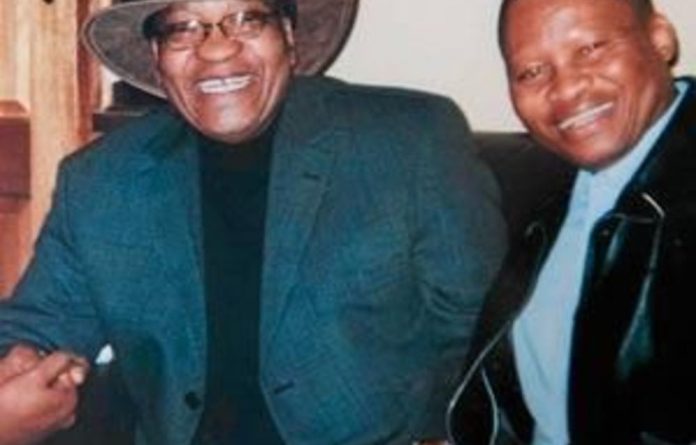 Justice Mogoeng Mogoeng’s interview for the Constitutional Court chief justice position by the Judicial Service Commission in Cape Town on Saturday was no heavyweight fight.

Despite the only contender’s initial swagger as he entered the Eastern Ballroom of the International Convention Centre at around mid-morning to open his interview with an attack on those, especially the media and legal commentators, who had been critical of his nomination by president Jacob Zuma, this was a mismatch for Mogoeng.

One where, especially in the session following lunch, he had to contend with several bruising jabs from commissioners over whether he had the intellectual capacity to be the “flag-bearer of the judiciary”; gender insensitivity; perceived homophobia; and his ethics.

Such was the flurry of punches that, at one point, the contender cracked, snapping at the JSC’s chair, deputy chief justice Dikgang Moseneke, to stop being “sarcastic” when he was pushed on his “jurisprudential position” behind dissenting on the Le Roux v Dey Constitutional Court judgment.

In that judgment, Mogoeng was the only justice of the 11 who heard the case to hold that it was defamatory to call someone gay. He didn’t state why — casting a shadow over both his judicial rigour and the way his attitude towards gays and lesbians was perceived.

‘No time for reflection’
When asked about the matter by commissioner Engela Schlemmer, Mogoeng initially admitted, “I think I should have provided reasons. I erred in not providing reasons,” he said. He then added he did not have sufficient time to “reflect on the matter” before potentially writing a judgment and hence, had not.

When pushed by both Schlemmer and Moseneke on his “jurisprudential position” behind his initial dissent, Mogoeng was initially evasive and eventually cracked when called on the very specificity of the question, snapping at Moseneke to stop being “sarcastic”.

Eventually, unable to cough up a jurisprudential position, he backtracked, and said: “I say now: I should not have dissented.”

It was a telling admission. And a body blow for a potential chief justice hoping to assert his intellect. It caused Koos van der Merwe, the IFP MP on the JSC, to ask Mogoeng if he had a short temper.

The judge answered in the negative before being chastised by Van der Merwe for his “arrogance”. “I have sat on this commission since the beginning and this is the first time in 15 years that an applicant is so arrogant that he has done what you have done. It points to your unsuitability as a chief justice,” said Van der Merwe.

There were other moments as telling.

The third degree
Gender activists in the massed public gallery could be seen visibly squirming as Mogoeng sought to defend his reduction of sentences in various rape cases he had presided over because, he said, rape “varies in degrees”.

Commissioner Krish Govender had, mindful of the “violence and trauma” inherent in “all” rape incidents, pushed Mogoeng on his reduction of sentences for convicted rapists — especially since the judge had identified mitigating circumstances which in some cases included the perpetrator being married to the survivor and in another (S v Sebaeng) where the perpetrator had, as Mogoeng noted in his judgment, demonstrated a “tender approach” in raping a seven-year-old.

Mogoeng asserted that he had merely noted the “degrees” of rape in his written judgments and also pleaded being a young judge who “was learning from my superiors and I followed my superiors” in reducing sentences.

Asked by Moseneke if he would rewrite those judgments, Mogoeng demonstrated one of several Zuma-like moments with a “Maybe. I don’t want to put myself on the spot. Maybe.”

While Mogoeng was found wanting with rigorous questioning from commissioners such as Govender, Moseneke and Schlemmer, he also undoubtedly had several firmly in his corner.

Team Mogoeng
If the JSC interview were a boxing match, then minister Jeff Radebe would undoubtedly be Mogoeng’s sweat-dabber in the corner, towel at the ready to dry the brow — or staunch the blood — between rounds.

Radebe and the three ANC MPs on the JSC, including deputy ministers Fatima Chohan (home affairs) and Ngoako Ramathlodi (correctional services) together with Advocate Dumisa Ntsebeza (one of four presidential appointees to the JSC) were instrumental in ensuring Mogoeng had breathing space between probing, questioning combinations with much softer questions and observations.

After Mogoeng’s defence had crumbled following his inability to provide any jurisprudential reasoning behind his dissension in the Le Roux v Dey judgment, Ramathlodi stepped up to note that the judge was a “mirror image” of himself.

Both, noted Ramathlodi, had grown up poor, in the rural North West, but had succeeded in becoming “an inspiration” to the rural youth back home.

Nominations for more candidates
Earlier in the morning, many of these commissioners had argued against a submission by the DA’s Hendrik Schmidt, that discussion should take place about whether nominations for more candidates ought to be reopened. Further discussion on the matter is likely to take place on Sunday at the Grand Westin Hotel after the interview of Mogoeng, at the same venue, closes.

Yet, despite the obvious partisanship of some members of the JSC, the complete irrelevance of others (especially those from the National Council of Provinces) and Mogoeng’s early morning broadside at critics, the prospective chief justice must have felt like being at the end of Muhammed Ali’s fists for long periods on Saturday.

He was asked about his ethics in not recusing himself in cases prosecuted by his wife (there were no clear guidelines, but he did feel “discomfort” at the time) and his paucity of seminal, reported-upon judgments and ability to inspire and lead the Constitutional Court and the larger judiciary (“I have full confidence in my intellectual depth”).

He also attempted to rebut perceptions that he was sympathetic to the executive by citing four cases where he had ruled against government and denied claims that he had a close relationship with Zuma that might have influenced the president’s choice.

Mogoeng said he had “no relationship whatsoever” with Zuma, and stated that a 2008 meeting with the president — exposed by the Mail & Guardian — had been their first and that he had met the president three times since then. But Mogoeng reiterated that he had spoken to Zuma only at their first meeting, and their last meeting, which took place when he was informed of the president’s decision to nominate him for the chief justice position.

Mogoeng added that he did not believe this would lead to a “corrosion of the separation of powers”.

It was a bruising day for Mogoeng, but the bout is not over. The JSC hearing is set to continue on Sunday at 9am.