‘On the contrary, Michael Jackson killed himself’ 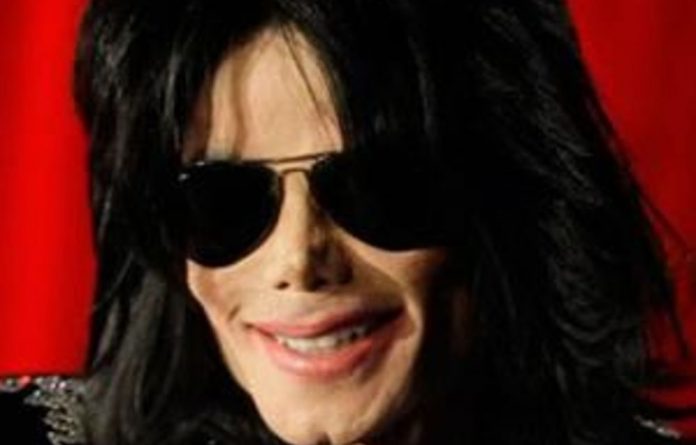 Michael Jackson’s doctor was guilty of “gross negligence”, which led to the pop icon’s death, a prosecutor said on Tuesday — but the medic’s lawyer countered bluntly that the star killed himself.

At the start of Conrad Murray’s long-awaited manslaughter trial, his lawyer said the King of Pop took two different drugs while the doctor was out of the room at the star’s rented Holmby Hills mansion, on June 25 2009.

“[Jackson] did this when Dr Murray was not around,” Chernoff said, claiming the 50-year-old singer also gave himself an extra dose of powerful sedative propofol, which he was using to help him get to sleep.

“The scientific evidence will show you that when Dr Murray left the room, Michael Jackson self-administered a dose of propofol that, with the lorazepam, created a perfect storm in his body.”

The combination “killed him instantly. He died so rapidly, so instantly, he didn’t even have time to close his eyes,” he said.

Jury’s duty
Murray (58) faces up to four years in jail if convicted by a jury of seven men and five women of involuntary manslaughter for Jackson’s death, as the star was preparing for a series of comeback concerts.

Specifically he allegedly gave Jackson an overdose of the powerful sedative propofol — which Jackson himself referred to as “milk” — to help alleviate his insomnia at a rented estate in the posh Holmby Hills neighborhood of LA.

Murray, trained as a cardiologist, has never denied giving Jackson propofol, which typically is used as an anesthetic during surgery, but he denies having “abandoned his patient” at a critical, and ultimately fatal, moment.

In the prosecution’s opening statement, deputy district attorney David Walgren said: “The evidence … will show that Michael Jackson literally put his life in the hands of Conrad Murray.

“That misplaced trust … cost Michael Jackson his life,” he added, claiming Murray was motivated more by his $150 000 contract with Jackson than by his duty of care to the singer.

The doctor made a series of phone calls — and even emailed an insurance agent dismissing media reports that Jackson was too sick to play the London concerts — while Jackson lay dying, he said.

Walgren also played an audio recording of an apparently heavily-drugged Jackson talking in a slurred voice to Murray, a month and a half before his death — suggesting this showed the doctor was well aware of how ill Jackson was.

Family out in force
Jackson’s mother Katherine and father Joe were in court, along with his siblings Jermaine, Janet, LaToya, Randy, Tito and Rebbie.

At least 300 fans and others lined up outside the court, some chanting “murderer” at Murray, At one point before the trial started a woman tried to attack the doctor, but was stopped by security guards, reports said.

The first witness expected to be called was Kenny Ortega, the producer of Jackson’s This Is It shows — clips of which may also be played in court during the trial.

The panel to decide Murray’s fate includes six white jurors, five Hispanics and one African American. They include high school graduates, some jurors with a college education, and one with a masters in business degree.

Half of the panel’s members are Jackson fans — a 54-year-old juror wrote that she “loved his music as a very young girl, as an adult not so much” — while one juror, a cartoon animator, once met Jackson.

Even before the trial started, some Jackson fans were saying Murray should face a more serious charge.

“He should have been charged with second degree murder,” said Erin Jacobs, head of the organisation “Justice4mj,” 10 of whose members were outside court in black T-shirts bearing their group’s name. — AFP

From a list of 75 candidates, the Academy of Motion Picture Arts and Sciences has announced the shortlist for the best foreign language film prize.
Read more
World

The FBI says it would be premature to comment on a motivation at this time and joint investigators have neither ruled out terrorism, nor ruled it in.
Read more
World

Voyager dances on the edge of infinity

Nasa's Voyager 1, launched in 1977, is nearing the outer boundary of the solar system and may already be "dancing on the edge" of outer space.
Read more
Friday

Peter O’Toole bows out of showbiz

Colourful veteran Irish actor Peter O'Toole, famous for films including 'Lawrence of Arabia', has announced his retirement at the age of 79.
Read more
Friday

British soul singer Adele has won the Grammy in every category she was nominated during a show clouded by the death of Whitney Houston.
Read more
National

Romney surges ahead with big win in Nevada

Republican White House hopeful Mitt Romney romped to victory in the Nevada caucuses, cementing his position as frontrunner to take on Obama.
Read more
Advertising
Continue to the category
Politics