A bit weird, but you won’t lose your lynch 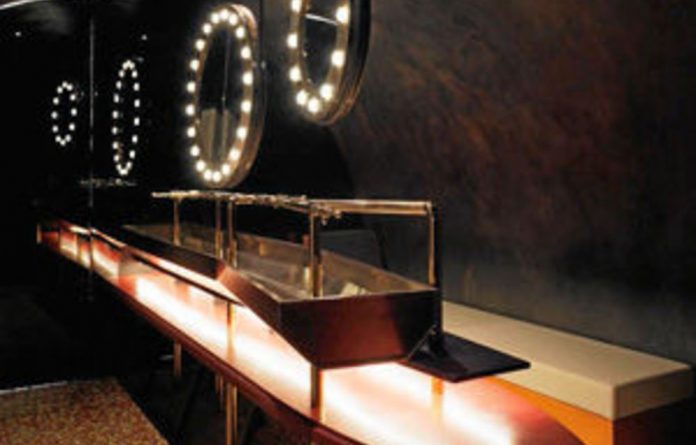 There were no dwarves. No dancing men. No one talked backwards — until the daquiries kicked in — and with the exception of the Japanese cowboy who turned out to be a fashion designer, no one looked all that weird.

In fact, by the time Silencio, David Lynch’s new Paris nightclub-cum-salon-cum-laboratory of the weird closed its doors at dawn on Wednesday last month after its first night, nothing truly bizarre had happened. Except — and it’s a big except — there was no sign whatsoever of the presiding genius himself. David Lynch was not in the building.

It’s true he could have been watching us from behind one of the smoked-glass walls, stroking a vintage Nicolas Cage hairpiece while plotting new ways to freak us out. After all, the place is inspired by the deeply strange Club Silencio in Mulholland Drive. Everything from the toilet bowls — black on black — to the saltiness of the nuts on the bar was decided by the master himself. He even created the 1950s-inspired furniture, the chairs designed to “induce and sustain a specific state of alertness and openness to the unknown”.

Strange genius
This is Lynch’s answer to Warhol’s Factory, the existentialists’ Café Flore, the dadaists’ Cabaret Voltaire. So where was the Dada? The club’s owner, Arnaud Frisch, assured me Lynch was not even on the same continent: “He’ll be here programming everything next month. Trust me, it will be worth the wait.”

Luckily one woman has managed to penetrate the three enormous cubes of concrete in the Hollywood hills where Lynch lives and works. “I’m 65 years old,” he told my colleague Paola Genone from L’Express. “They say that when men go into their 50s, they dream of building gigantic towers to prove their virility. I have directed films, composed music, made all sorts of objects, works that had a beginning and an end. Now I want to make something solid.

“First, I started with painting. For the past three years I have been working in a lithographic studio in Montparnasse that Picasso and Miró used, drawing on the same stones where they painted. Then I started working on Silencio, which has taken the past two years. Looking at what we have done, I feel myself almost immortal,” he said.
“I have the feeling that I have coaxed out some of the atmosphere and the characters from my films and even from my music.”

You do feel you are descending into another world as you go down the six flights of stairs into Silencio. ­Buddhist cocktail bars with their own bijoux cinemas, library, dream forest and stage straight from Twin Peaks are thin on the ground, even in the second arrondissement.

One minute you are in the dark, the next you are in a golden tunnel of mini-mandalas. The effect is somewhere between nirvana, a classy Cincinatti cocktail bar circa 1975 and Goldie’s mouth.

Devil in the details
Everything is bespoke, the gold leaf applied by the same technicians who touch up the dome over Napoleon’s tomb. Lynch even said he wanted some “Gypsies in the woods” to carve the thousands of gilded mandalas on the walls. Unfortunately, just at that moment, Nicolas Sarkozy was deporting them.

Lynch won’t answer the question that everyone is asking: whether he will ever make another feature film. It’s been more than five years since Inland Empire. But, reading the runes, it doesn’t look good.

“Silencio is something dear to me. I wanted to create an intimate space where all the arts could come together. There won’t be a Warhol-like guru, but it will be open to celebrated artists of all disciplines to come here to programme or create what they want.”

It’s not hard to see why the place appealed to him. Number 142 rue de Montmartre is a psychogeographer’s dream. Molieré is supposed to have been buried there and Zola printed J’Accuse in the basement. The great socialist Jean Jaurés was even assassinated in the cafe across the road trying to stop World War I.

The perfect place, then, for Paris’s first private members’ club. Frisch is alive to the irony, but claims the club is not an affront to its republican ghosts. “I feel they are on our side.” The €1?000 membership will be “cheap, given the artists who will be working here … and after midnight anyone can get in”.

Outside, a queue was forming. Not for the club, but for the automatic toilet opposite, where a group of rough sleepers had gathered round a slab of rocket-fuel beer. Were they part of some Lynch installation? Weirdly enough, they weren’t. —