Art theft: Now you see it, now you don’t 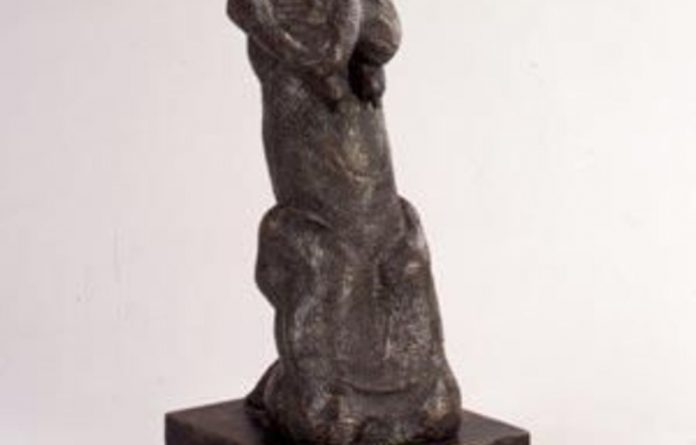 The theft of three valuable bronze works from the Johannesburg Art Gallery has highlighted issues of security in South Africa’s public museums and galleries, with lack of funding being blamed for many security shortfalls.

The artworks, King of the Universe by Ernest Ullman, Mourning Woman by Sydney Kumalo and Peter Pan by Romano Romanelli, were taken from storeroom on Sunday September 25, but the break-in was only reported to the media on Monday.

In January, a 19th-century bronze by French artist Jules Dalou, General Lazare Hoche, was stolen from the floor of the gallery, and has not been recovered. Four extra security staff were employed after the incident. The gallery has been targeted frequently over the years, with works such as El Greco’s work on canvas Apostle Thomas yet to be recovered.

Concern has been raised about the fact that bronze sculptures are often targeted to be melted down.

Antoinette Murdoch, curator at the Johannesburg Art Gallery, said that the loss of artworks could not be measured in purely financial terms. “These artworks are important, and of immeasurable value. They are part of our history.”

She agreed that security measures were probably inadequate, and suggested that, in general, it is difficult for public galleries and museums in South Africa — those who are funded by local and national government, public donations and grants — to convince those that hold the purse strings that that protection of artistic and cultural artefacts is a priority.

Not a priority
“We are aware of security issues, and we are doing what we can. We understand that there are other priorities, and when you compare something like this to issues like housing you can understand why this is not seen as a priority”.

She added: “Art theft is rife in this country. Earlier this year there was a theft at the National Gallery. The artworks are insured, but it doesn’t matter. They are irreplaceable.”

Murdoch explained that there are no public galleries or museums in South Africa that match up to international security standards. “It’s not a question of not knowing how to protect the artworks. This is a question of money. International models are sophisticated.”

Steven Sacks, director of Arts and Culture for the City of Jo’burg, was not available for comment, but, in response to the theft, deputy director of museums and galleries Langelihle Mfupi issued a statement late on Tuesday pledging funds to improve security at the JAG.

Gordon Massie, managing director of Art Insure, a South African company that specialises in insuring artworks for museums, private collectors, corporates and auction houses, explained that art theft was on the rise in South Africa. “We have seen a spike in the number of artworks being stolen in South Africa, and not just artworks that just recyclable material thefts [such as bronzes].”

He also said that the value of South African artworks was rising quickly.

“During apartheid, South African art was ignored on a world stage. Prices remained low. Since the end of apartheid, and especially in the last eight years, there has been an explosion of interest which has pushed values up. We have seen this interest from local and international collectors.

Record prices
“At a time of global recession, South African works are setting records at auctions, and it’s not just Irma Sterns.”

He agreed that there was not enough emphasis on security and protection of valuable artworks in public galleries.

“Budgets are tight. And when local and government authorities are thinking about priorities, securing art is at the bottom of the pile.”

He added that private and corporate collectors often had better access to adequate security than galleries and similar institutions.

Mark Read of the Everard Read Gallery in Johannesburg agreed.

“Private institutions and collectors and galleries shell out a lot of money for artworks and so protect them properly. In some public galleries the collections have been in storage for years, and people have come and gone, and so it’s maybe easier to lose track.”

He agreed that public institutions are at the mercy of funding issues.

“I don’t believe that there’s anyone in South Africa that would say that public galleries and museums are properly funded. And that goes for everything from salaries to new acquisitions to protecting and looking after the works they have.”

He said that issues of preservation and security when it comes to museums and heritage sites have existed for decades. “It always appalled me that some of the most valuable treasures in the country are so poorly protected.”

“The people who work for these institutions have passion and a real sense of duty. They do what they can. But they are in a difficult position.”

The most recent annual report by Iziko Museums of Cape Town, who run the South African National Gallery and many other heritage museums, states that security systems are being upgraded and improved at all Iziko sites. These improvements focus on training of staff, access control, and alarm and CCTV systems. Iziko received funding from the department of arts and culture for this last year, but these costs would normally be covered by public donations.

In June this year a Barend de Wet bronze disappeared from its display that was located outside the gallery.

Murdoch said she was excited about City of Jo’burg’s pledge, but still appealed to the public for support.”We feel very strongly about what we offer in terms of art and culture. I believe that people who have access to their culture and heritage, and a chance to be educated about it, have a better quality of life. When something like this happens, it is part of our history that we lose.”

To see a list of missing artworks, go here.