The feast that is Florence 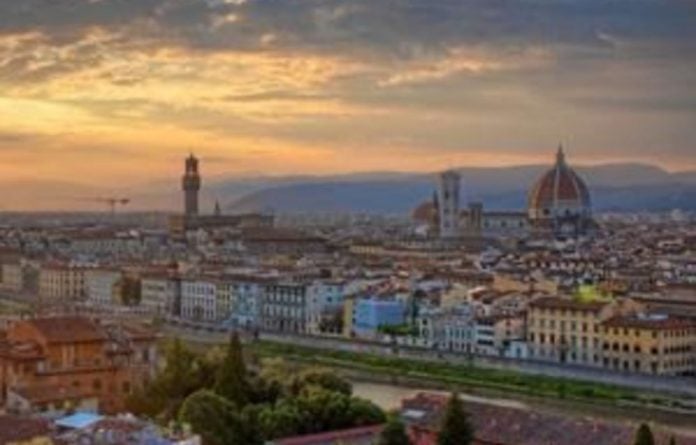 Some people think Italian food is healthy. Those people have obviously never eaten lard crostini. I am sorry to say that I became an expert on this carnivorous speciality on research trips a few years ago when I was writing a book on Renaissance Florence.

I am back in town to see a fascinating art exhibition called Money and Beauty that recently opened at the Strozzi Palace. The exhibition is about the luxury of the Florentine Renaissance — and I can’t wait to taste some decadence of my own in the shape of my favourite local dish, lardo di colonnata.

At Antico Fattore, a trattoria that skulks in the shadow of the Uffizi Gallery’s grey pilasters in the heart of Florence, this dangerous delight of Tuscan cuisine is on the menu. In my experience, a perfect version turns to a mist of fat in your mouth and leaves a delicious salty aftertaste. The dish at Antico Fattore is nice, but doesn’t quite melt. However, the plate of roast wild boar that follows, in a sweet sauce, accompanied by cannellini beans and a powerful chianti, more than satisfies my yearning for a taste that evokes the days of Medici banquets.

Italian food conjures rich historical associations, and not just because you can eat in old restaurants like this one, a few steps from the Ponte Vecchio which, 500 years ago, was at the centre of Florentine sustenance.

The famous shops that span this ancient bridge over the Arno were in those days all butchers, who chucked their unwanted cuts — the bits that could not even be pressed in a vat to make lardo — straight into the river beneath them.

Hedonistic high dining
The simple ingredients and no-nonsense presentation of Italian regional cooking link us to age-old traditions of “slow food”, perhaps in Tuscany more than anywhere else. But how authentic are such antique echoes? Money and Beauty offers a provocative perspective, suggesting that Renaissance Florence was more about refined hedonistic high dining than the hearty home cooking we now associate with the city.

The Renaissance began in Florence in the 1400s. That defining epoch in the city’s history was made by money — through the immense wealth of the Medici and other families who invented modern banking. If you were invited to one of Lorenzo de’ Medici’s banquets in 1480s Florence, you could be expected to drink wine served from a black marble jug with gold ornamentation, made by Andrea Verrocchio — there’s one in the exhibition.

Yet the most revolutionary aspect of these Renaissance banquets might escape us because we take it for granted: the tablecloth. In Renaissance paintings, including Leonardo da Vinci’s Last Supper, dishes are neatly laid out on a precisely folded cloth. The 16th-century Tuscan writer Aretino claimed it was “those clever little Florentine brains” that pioneered their use, putting flowers on the table, and delicately flavouring foods with herbs instead of gothic fistfuls of pepper.

As for the actual food, it included some treats that not even the bravest Florentine restaurant offers up today. Songbirds were a delicacy: larks, thrushes and other uccelli. In other ways, the Renaissance Florentine palette was more sophisticated than today.

Experts on contemporary Tuscan food tell you it does not include fish — ordering seafood in Florence invites a defrosted disaster. Yet a painting in the Strozzi exhibition shows a young man carrying a fish for supper.

Heart and home
The various Tuscan varieties of pecorino cheese are still arguably the region’s finest product. When the Florentine artist Michelangelo lived in Rome it was cheese that friends used to send him as a reminder of home.

Pork too is an enduring obsession.

Da Vinci wrote a vivid description of how Tuscans slaughtered pigs by cutting their throats. A fresco of Florence under siege in 1529, in the Palazzo Vecchio, shows them being roasted in the open air by the attacking army, the aroma wafting over the walls to torment the inhabitants — 30?000 of whom were to die of starvation.

But is Florentine food now too hearty and rustic, too wedded to its ribollita — “reboiled”, a warming compost of greens and bread — and its wild boar sausages? Some would like to revive the more refined tastes of the Renaissance court. The Strozzi Palace aims to “make Florence a dynamic contemporary city”, and to accompany the exhibition has challenged seven restaurants to invent dishes that incorporate pure gold. So you can order squid ink and seafood cappellacci with pure gold and eggs garnished with gold leaf at experimental restaurants including Gastone and Ossi di Seppia. Gastone even flaunts the great taboo of modern Tuscan food — the shock is not the gold, but the seafood.

Still, Florence is not the place for futurismo. After a morning looking at paintings by Botticelli, I am more than content on the Uffizi cafe terrace on top of the Loggia on the city’s great piazza, eating spicy, sweet-sour Tuscan salami. Long live the old masters of food. —

‘He was like a loving father,’ says community member of murdered teacher in Philippi, Western Cape
Advertising