The global spread of indignation 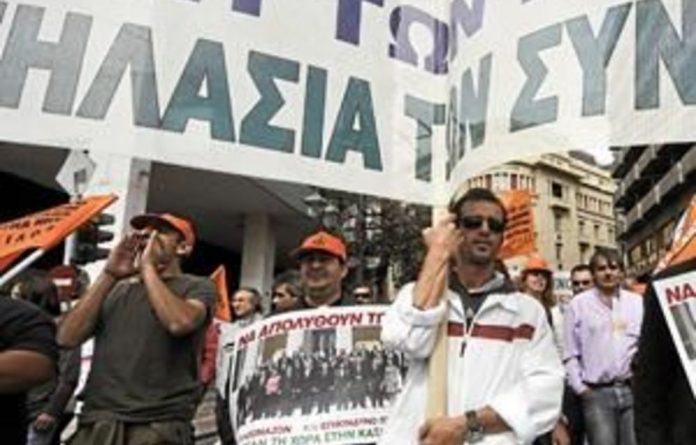 What have Stefane Hessel and Julius Malema got in common? On the face of it, not a lot. The sprightly 94-year-old former French-resistance fighter turned global bestselling essayist (with a cameo role in the drafting of the Universal Declaration of Human Rights along the way) has lived an extraordinary life.

Malema is in the foothills in comparison with the summits that Hessel has conquered. But the notion of “indignation” now links them, as it does a growing number of campaigners across the world.

The indignados of Spain were inspired by Hessel’s short essay Indignez-vous!, which he candidly admits was intended as a brief musing; he is astonished by its massive sales in numerous translations. Instead, as it caught the mood of the moment, it has been become a rallying cry. The Greek aganaktismenoi (the outraged) joined the club; and then, of course, it spread to Wall Street (via the streets of the Arab Spring).

It is impossible to know what the Occupy Wall Street movement will lead to; it could continue to grow as a receptacle of disgust at global inequality and, especially, the conduct of the banking sector — or it could slowly fizzle out, as a lack of ideological coherence begins to undermine the strength of the argument.

Appearing on BBC’s flagship Newsnight programme last week, the filmmaker-activist Micheal Moore was waxing lyrical about Occupy Wall Street with the vivid averment that “capitalism is just wrong”. But when asked by Newsnight presenter Jeremy Paxman what the alternative would be and what it would take to bring his occupation of Wall Street to an end, the best he could come up with was higher taxes for the rich – hardly a new or especially revolutionary idea.

Perhaps the lack of a clear alternative doesn’t matter; proponents say it is not about articulating a new “ism” but about getting sufficiently angry about the current system and its manifest injustices and inefficiencies.

And this is where the contrast between Occupy Wall Street and South Africa’s Malema-led mass protest becomes clearer. The one has an essentially anarchist heart, which, as a recent book by Wits-based writers Micheal Schmidt and Lucienn van der Walt, Black Flame: The Revolutionary Class Politics of Anarchism and Syndicalism, points out, stresses “anti-authoritarian values, maximising democracy, and valorising self-management [and seeks] to prevent the emergence, from within popular struggles, of new ruling elites”.

Whereas the latter remains pre-occupied with replacing the capitalist state with a revolutionary state; it would be hard to say with a straight face that Malema does not hope to emerge, from within his own popular struggle, as a member of the new ruling elite.

Because the epicentre of the Occupy Wall Street complaint is inequality, you might be forgiven for thinking that it would find fertile ground in South Africa. But, interestingly, the Occupy Wall Street movement is struggling to catch on in South Africa, constrained, it would appear, by the usual mix of race and class factors, and by Malema himself.

The internal contradictions and profound hypocrisy of much of his pronouncements notwithstanding, Malema’s statements resonate with the people at the sharp end of inequality. As such he sort of captures of the market, or certainly what politically correct observers would regard as the “authentic” or “legitimate” crowd.

The problem with this is twofold: first, it does not leave much room for middle-class progressives who want to voice their own indignation; their activism is too easily discredited for its “whiteness” or its “hypocrisy” — if you are well-off, you have no right to complain.

This is short-sighted. It is essential that the poor organise and give strong political voice to their dissatisfaction: this puts pressure on a ruling party that is so preoccupied with its own internal fights for supremacy that it persistently disorientates the government, because state power is the ultimate objective of the combatants. But, second, the way in which the middle class responds to inequality is no less important.

It is time to get indignant about the greed and the avarice, the complacency and disregard, the arrogance and, yes, in the case of white members of the middle class, the racism, of the relatively rich.

That they don’t appreciate their wealth; that they don’t comprehend the relationship — not to mention the scale — of the wealth-equality gap and social problems such as crime; that they continue to complain about lack of skills without being willing to pay more for better schools; that they continue to pay their domestic workers a pitiful wage (regardless of what the law says to be an acceptable “minimum”) — all of this is cause for great indignation.

Whatever you may think of Malema, and of the self-serving duplicity of his grandstanding, he and his fellow travellers, here and across the globe, have a point: the complaint about economic injustice and the call for economic freedom is entirely justified. It’s about time we — the whole country, the whole world — woke up to this fact before it is too late.