Avoid Japan at your own risk 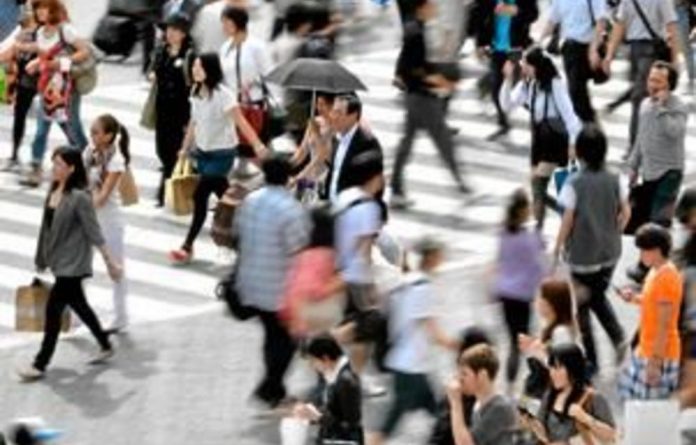 Japan strikes me as one of the world’s safest places to visit. That statement may surprise, coming fairly soon after the fiercest earthquake in the country’s recorded history, a ­massive tsunami and the planet’s biggest nuclear crisis since the 1986 ­Chernobyl disaster. ­

Constant ­aftershocks and the spectre of ­radioactive material spewing across the globe from Fukushima Daiichi Nuclear Power Plant kept the world on edge for weeks, but workers eventually got the cooling systems back online. In the meantime, revolution, riots and the global financial crisis part deux eclipsed issues of caesium isotopes and iodine.

But in Japan the people are still picking up the pieces. Beyond the massive loss of life and ­unfathomable physical damage, a number of ­industries have been devastated. Among them, international tourism took a predictably hard hit, ­experiencing a 50% drop by July 31, whereas ­popular international destinations such as Kyoto reported 90% cancellation rates in March
and April.

Although discussing holiday destinations may seem inappropriate against this triple-disaster backdrop, Japan’s economy — and public morale — desperately need the billion-dollar industry to rebound. So the question looms: Is it safe to visit Japan?

“Be careful,” my guide warned as we darted across an alley in the ­Tsukiji fish market.

Navigating Tokyo’s ­massive seafood wholesaler, I ­realised that the small forklifts manically speeding through this labyrinth of fish at five in the morning were the most acute danger I had encountered so far in the land of the just-risen sun.

Arriving in May, I was surprised by how normal everything felt, at least in Kyoto, about 520km southwest of Fukushima. The one snag in this sense of security involved food. ­Discoveries of contaminated milk, spinach and beef caused a public outcry and a ­subsequent ban on the sale of food from affected areas.

Safe to scoff
Bans notwithstanding, trust in the government is at an all-time low. So I was greatly relieved by assurances from Martin J Frid, food safety expert at the Consumers Union of Japan, a public health and food safety nonprofit organisation, that independent monitoring had confirmed that we could all gorge in peace.

“That [earlier] contamination ­happened due to specific conditions,” Frid explained, referring to the hydrogen explosions at Fukushima Daiichi in March. “That is not the food that we’re eating now.”

Although I would probably have eaten it anyway — and it really is an experience not to be missed — the sublime sushi breakfast marking the end of my fish market tour went down even better with this in mind.

Unlike Kyoto, Tokyo was shaken by the quake 240km away. But like all cities in this nation sitting on the subduction zone (or overlap) of three tectonic plates, the skyscraper-heavy capital was built to bend. That said, power outages, disruption of trains and minor damage to buildings did occur. But within just two weeks the word on the street was that things had returned to normal.

I had been curious to see the situation for myself and had finally come to Tokyo to check it out and experience the capital’s legendary scale: its mass of humanity, its sophisticated and outre style, its, well, bigness.

The downtown zones of Harajuku and Shibuya did not fail to please. In these trend zones, fashion-forward youths — from milky-pale waifs in Chanel and bewigged Manga-character copycats to couples in yukatas (summer kimono) accessorising tradition with fake eyelashes and panama hats — adorned the neon-emblazoned streets jammed with European-style cafés, designer retail shops and infinite eating opportunities.

Spirit of co-operation
Here, the only sign of the disaster was the sheen of summer sweat, ­unavoidable because most of the city residents voluntarily set thermostats at an energy-conserving 28°C despite Tokyo’s sweltering summer climate. It was this effort that ultimately averted the blackouts expected from Fukushima’s shutdown.

“People couldn’t go home, networks were down, no one really knew what was going on. But everyone remained calm. You could see that spirit of co-operation everywhere,” said David Macklin, manager of the Four Seasons Hotel Tokyo in Chinzanso, of the days following the quake.

I tried to imagine the hotel — a ­Japanese vision of European luxury with its green Italian marble surfaces, fanciful chandeliers and flower arrangements fit for a queen ­– as a shelter for guests whose plans had been derailed by the quake.

The hotel’s old-school elegance and legendary gardens have made it a favourite for Japanese weddings and this, Macklin said, had saved it from the post-Fukushima vacancies suffered by other luxury establishments catering to foreigners.

Its sister hotel in Marunouchi had not been as lucky, which is a shame. With its glitzy modern comfort, impeccable concierge service and über-convenient position neighbouring Tokyo Station, the Marunouchi hotel was the ideal pad from which to explore the city’s overstimulating offerings — and recuperate from it.

Nonetheless, bookings had remained sluggish and, like many hotels with a mostly foreign clientele, deals were available. This was unusual because, as a rule, deals are rare in Japan and mostly of the “stay so many nights and get another free” variety.

Zen paradise
Exhausted by Tokyo’s speed and crowds, I escaped to the verdant hills and rugged coast of the Izu Peninsula. A two-hour train ride from the Big Tuna, the village of Yugashima was graced with clear-flowing ­rivers, ancient hot springs and the sublime Arcana Izu Auberge Resort.

One of those vexing places where the idyllic digs and fabulous ­dining inhibit exploration outside its gates, Arcana was also a place that evinced literally no sign of the recent ­catastrophe up north. Unless the Belgian design guy you start chatting with at dinner carries a Geiger counter.

Over some of the finest food I had ever tasted — French, exquisitely rendered with local Japanese ingredients — we discussed the Belgian’s cross-country peregrinations and clocking of radiation levels, which he said did not always match government figures.

Later, from my gorgeous suite floating in the trees overlooking aquamarine swimming holes, I trolled the internet for more information, suddenly wondering whether I should be worried.

Ultimately my research — and a ­further conversation with Martin Frid — revealed that, thus far, no independent scientific authority had verified individual claims such as these made by the Belgian. Also, the “­additional” radiation in Tokyo ­immediately following the disaster was about the same or less per day as that received from a transatlantic flight, a pack of cigarettes or a conventional x-ray.

Returning to Kyoto, time away had given me new eyes to appreciate the dignified beauty of the ancient capital, famous for its hundreds of temples, unimpeded green mountain views and position as the birthplace of all things refined in Japan.

I reacquainted myself by spending a day wandering the city’s smaller streets, where machiya (traditional wooden townhouses) are abundant and often function as tea houses or restaurants.

Considering the facts
I met an expat friend for lunch at Yuzuya Ryokan, an exquisitely restored machiya that is now an inn and restaurant in the heart of Gion, the historical geisha district. Over a sublime meal that included 15 ­seasonal delicacies all ­individually prepared — to my surprise, my ­favourite was the corn mousse and I advise you to trust me on this one — we discussed the pros and cons of travel in Japan.

Yes, sometimes there are earthquakes. But there have always been earthquakes here, and most are ignored. And yes, the question of ­radiation is scary and one that we should all probably examine more critically, but the same could be said for numerous health risks that are part of so-called modern life.

But based on the available data, radiation levels outside the Fukushima 60km radius exclusion zone pose no threat to visitors.

The real impressions left by my tour through this land are the graciousness and honesty of the people, the ­ingenious perfection of the food, the surprisingly rugged and beautiful natural landscapes, the singularity of the culture and the unrelenting insistence on excellence in everything.

With that in mind, you will perhaps understand why I think it is not only safe to visit Japan but also that, should you have it, the opportunity would be tragic to miss.

President Cyril Ramaphosa announces South Africa will move to level one of lockdown on September 20 after nearly six months of restrictions on movement, trade, learning and socialising
Read more
Education

Britain's economy will lose about £22-billion this year on the coronavirus-induced collapse of global travel, which could imperil three million jobs
Read more
Environment

In Japan, in 2018, more than 1 000 people died during an unprecedented heat wave. In 2019, scientists proved it would have been impossible without global warming
Read more
Business