Emission cuts: You first, China tells West ahead of Cop17 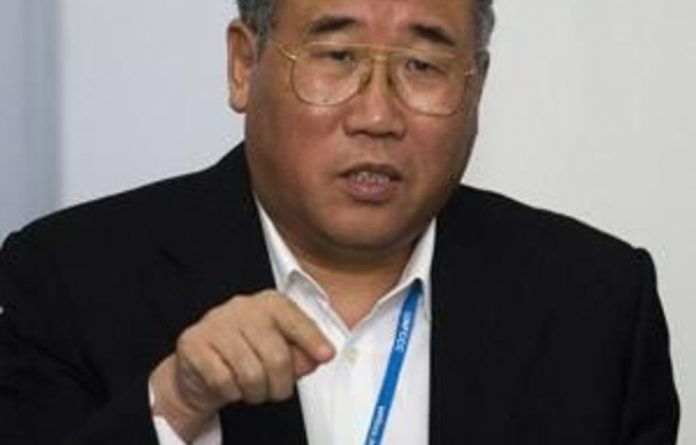 China said on Tuesday it would not take on binding emissions reduction targets at UN climate talks next week even as it acknowledged being the world's largest emitter of greenhouse gases.

At the Durban talks, China will support the Kyoto Protocol and its "principle of common but differentiated responsibilities", which requires developed nations to take on binding cuts, Beijing's top climate negotiator Xie Zhenhua said.

"The emission-reduction plan for developed countries in the second commitment period under the Kyoto Protocol should be made clear as soon as possible," Xie told reporters. The first commitment period expires at the end of 2012.

China was "willing to take on commitments that are appropriate to our stage of development", he said.

Beijing has long maintained that developed nations, with their long history of industrialisation, should take responsibility for climate change and that poorer countries should not be required to make binding commitments.

Binding constraints
But the lack of binding constraints over giants such as China and India and the refusal of the United States to join the protocol has gravely weakened efforts to address climate change, especially after the near collapse of climate talks in Copenhagen in 2009.

Canada, Japan and Russia have already refused to sign on for a second commitment period, objecting to the lack of legal constraints on the world's biggest carbon polluters.

Europe says it can accept a continuation, provided China and the US show they are serious about major cuts in the coming years.

Xie also called on wealthy nations to hammer out a funding mechanism to help developing countries implement efforts to address global warming at the Durban meeting.

"There is a view from the international community that China is the number one emitter of carbon dioxide and its emissions are growing rapidly," Xie said, referring to the main greenhouse gas that causes global warming.

Reduce emissions
"This assessment is correct, China's current emissions of greenhouse gases are very huge and the increase is very rapid, this is a fact."

Xie said China was doing all it could and had in 2009 committed to reduce greenhouse gas emissions per unit of gross national product by between 40% and 45% by 2020 compared with 2005 emissions.

But he conceded that China's overall emissions would increase during the period to 2020.

"We are adopting active measures to reduce the speed of increase of greenhouse gases in an effort to reach a peak of carbon dioxide emissions at an early date," Xie said.

He refused to predict when China's greenhouse gas emissions would peak. — AFP