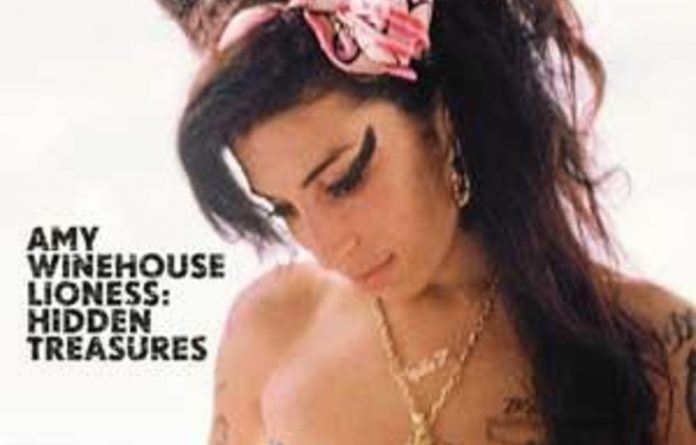 It says something about the lowly reputation of the posthumous album that Amy Winehouse’s Lioness: ­Hidden Treasures comes accompanied by an apologetic-sounding assurance.

“This isn’t a Tupac situation,” offered one of its compilers, producer Salaam Remi, by which he presumably means this is the first and last time Winehouse’s stash of unreleased material is going to be raided, in contrast to the mind-boggling 25 albums released in the 15 years since the rapper rattled his clack.

On the evidence of Lioness: ­Hidden Treasures, it doesn’t sound as if they had much choice. The compilers have clearly had to pull every trick in the posthumous album book to cobble together 45 minutes of music. There are early recordings that would probably never have seen the light of day had the artist lived.

For someone who was seemingly cursed with fatally lousy judgment in most areas of her life, Winehouse was remarkably prudent when it came to the matter of releasing records: you could never have accused her of wilfully saturating the market with product, which does make you wonder what she would have made of the wider world being exposed to a ho-hum version of The Girl from Ipanema.

There are big-name special guests drafted in to bolster unfinished songs. Questlove of the Roots — a man fearless enough to consider forming a band with Winehouse a year before her death — plays on the beautiful 2003 out-take, Halftime. Nas adds a rap to Like Smoke, a track from her unfinished third album: “You know how me and Amy, we’re straight playas,” he says, a funny thing to say about a woman famed for being publicly heartbroken and who drank herself to death at 27. And it concludes with the unmistakable, weirdly unsettling sound of a lo-fi demo vocal that’s had an entire song constructed around it.

Winehouse’s demons
Nevertheless, Lioness: Hidden Treasures still tells you a lot about Winehouse, albeit sometimes unwittingly. The shift in her vocals from the careful enunciation of her early material to the smeared, ragged voice on her later recordings is pretty striking. At least part of that change must have been down to what the accompanying blurb tactfully refers to as Winehouse’s demons, but it also speaks volumes about her confidence as a singer: she’s gone from sounding eager to please to sounding like a woman who cares only about pleasing herself.

So does comparing a cover of the Shirelles’ Will You Still Love Me Tomorrow? from 2004 with a demo of Valerie from two years later. It’s interesting to hear producer Mark Ronson feeling his way towards what would become his signature sound on the former, but Winehouse doesn’t really inhabit the song. By contrast, Valerie is taken at a speed closer to the Zutons’ original than the hit version, but the lubricious crackle in Winehouse’s performance is already there.

She makes the innocuous line about missing your ginger hair sound almost indescribably filthy, turning something that started life as a song about a lovelorn boy dreamily wondering what happened to his ex on its head.

But it also tells you something about the way Winehouse’s life unravelled. The vast majority of the album dates from 2002 to 2004: not a problem when the material is as good as Halftime or her reggae cover of Our Day Will Come, but it serves to underline how little she did, or was able to do, after Back to Black‘s release.

Much trumpeted a few years ago, the sessions for her projected third album yield only two songs: the troubled doo-wop of Between the Cheats (“I’d take a thousand thumps for my love,” she drawls) and Like Smoke, which sounds as if it would have been incredible were it finished, but consists of little more than a chorus and some scat singing.

Slowing down
She appears to have recorded almost nothing in the last two years of her life, bar her duet with Tony Bennett on Body and Soul and a cover of Leon Russell’s A Song for You, recorded in her attic in 2009: Remi reported the singer accompanied herself on guitar, then broke down in tears, apparently finding the lyrics too apposite.

The latter could be the best thing here. Or at least it could have been, had Remi felt emboldened just to present the original rough recording, instead of trying to turn it into a polished finished product.

Presumably, it was felt this was what the audience Lioness: Hidden Treasures is expected to attract wanted: not the kind of diehard fans who normally flock to posthumous collections of out-takes and demos, but mainstream record buyers and the Christmas market. Which, of course, tells you something else about Amy Winehouse. —

A career of being contrary

Bowie on top of the pops again