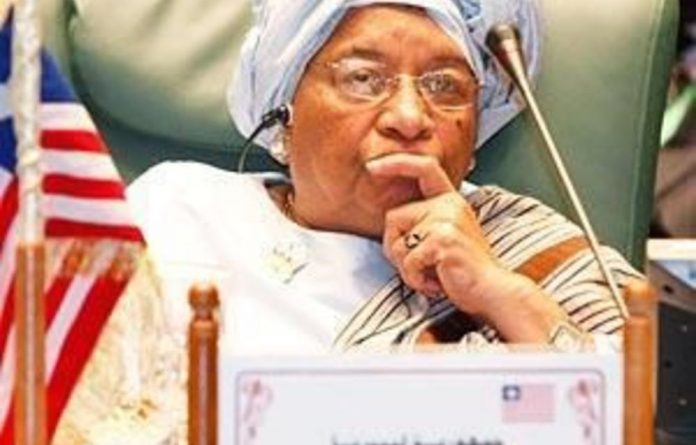 Liberia’s President and Nobel Peace Prize laureate Ellen Johnson-Sirleaf, who is Africa’s first democratically elected female head of state, said on Saturday that she was eager to see a woman in the White House.

“We’d like to see the United States at some point join [the growing number of countries with female leaders] and have a first woman president,” Johnson-Sirleaf confided just hours before the Oslo ceremony where she and two other women will receive the Nobel Peace Prize.

“I don’t know when it will happen and I don’t know who it will be, but I think that’s something we’d all like to see,” added the 73-year-old grandmother who last month won a second term.

Johnson-Sirleaf, who spoke at the Oslo Grand Hotel, will receive the prestigious prize at a city hall ceremony starting at 1:00 pm alongside her compatriot and “peace warrior” Leymah Gbowee and Yemeni Arab Spring activist Tawakkul Karman.

The historic trio was honoured “for their non-violent struggle for the safety of women and for women’s rights to full participation in peace-building work”, Norwegian Nobel Committee President Thorbjørn Jagland said when announcing the prize on October 7.

More female African leaders expected
When asked whether Western countries should be satisfied with the growing number of women entering leadership positions, Johnson-Sirleaf insisted that “there’s much more to do”.

“We don’t have the equality that we all seek. I would like to see … women in many more countries begin to compete”, she said.

As for Africa, she said she did not expect to be the last woman voted into power on the continent.

“I do believe that there are many countries that would qualify — Nigeria, South Africa, Rwanda and so many others, which I think have very strong women leadership”, she said, reiterating that she hoped her fellow laureate Gbowee might be convinced at some point to take the political reins in Liberia.

“I hope she will be inspired to vie for political leadership in the country,” Johnson-Sirleaf said. — Sapa-AFP