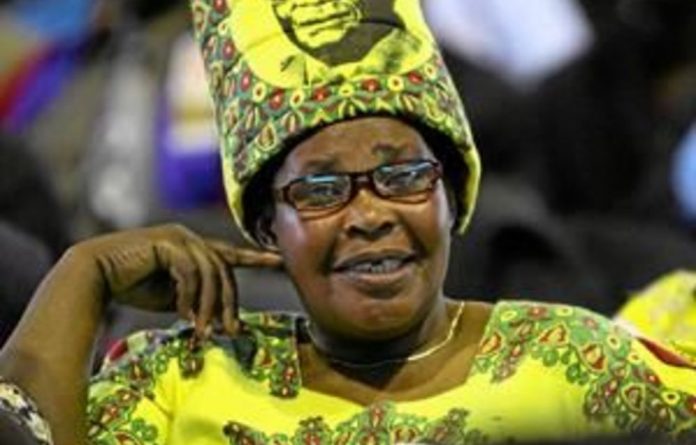 At a district birth-registration office in Harare there is a sense that time has long stood still. Nothing changes here — there is still the sound of the old rubber stamps hitting wooden counters, queues in barely lit corridors and staff shuffling towers of paper files.

Last week, somewhere in the din, a crackling office radio carried that old, recognisable voice declaring nothing was about to change — a live transmission of President Robert Mugabe’s three-hour speech to his party, stating he was staying put.

The man with the radio and the big rubber stamp turned to a colleague at the next counter and, with a wry smile, asked in a hushed tone: “You are the sums expert here — how old will he be after his five years?”

“What do you care?” the other man asked. “Does that raise your salary?”

Mugabe will be an almost improbable 93 at the end of his next five-year term, should he win, as expected, in elections he has called for next year.

Zimbabweans are often fascinated by Zanu-PF conferences, hoping to see the party take some miraculous turn. Before every such meeting the press feeds on its own speculations of secret plots to oust Mugabe. In public places the intrigue of factions and conspiracies are keenly discussed and speculation over Mugabe’s health is rife.

But among ordinary Zimbabweans there is now a growing resignation that few of this generation will see a change of guard and a break from the time warp in which the country is trapped.

We all had to be grateful, Mugabe said, that he had lived this long and could protect us from marauding imperialists. “I am lucky God has given me this longer life than others to be with you. I cannot let you down. I cannot leave you on your own.”

Mugabe has recently become more philosophical than ever about his own future. After visiting an exhibition of departed struggle icons, Mugabe revealed how lonely he felt now that so many of his former contemporaries were dead — with his struggle comrades in the region no longer in power.

“When I look at all these names, including some that I did not ­mention here, I then ask myself the question: ‘What about me?’

“I am still here but all my fellow comrades are gone. What does this mean to me as an individual?” Mugabe said.

The same regional allies who line up every year to declare their solidarity with his party have constantly changed their own leadership and renewed themselves. Frelimo in Mozambique, Swapo in Namibia, the Chama Cha Mapinduzi in Tanzania and the ANC in South Africa have all experienced some form of leadership change since coming to power.

But each year, at the end of a careful choreographed campaign, Mugabe always emerges even more deeply entrenched, making suggestions of internal opposition even less credible.

Nothing else changes — the parade of women’s choirs draped in Mugabe-print regalia leading thousands of his supporters fawning over their dear leader continues, and so do the loyalists taking turns at the podium to compete in plying Mugabe with praise.

Mugabe is not deaf to calls for him to step down. But he believes the country still needs him.

“Sometimes the call [to retire] comes. But it would be wrong, completely wrong, when the West is still holding sanctions against us and pursuing regime change,” Mugabe said in a speech to close the conference. “It would be an act of cowardice as well. I am not made that way.”

Zanu-PF alone, and only under his leadership, was the “custodian of the national interest”.

Mugabe has appeared in music videos and his speeches have recently been used on dance tracks — a bid by his party to appeal to the urban youth. But there is little other evidence that Zanu-PF is reforming itself from a liberation movement into a modern party that young people can identify with.

One of its conference resolutions was to crack down on social media such as Facebook and Twitter, which are becoming increasingly popular among the youth.

“Although the party recognises the importance of new information and communication technology, it condemns the abuse of social media and calls for the establishment of response mechanisms against the media bombardment,” Zanu-PF said.