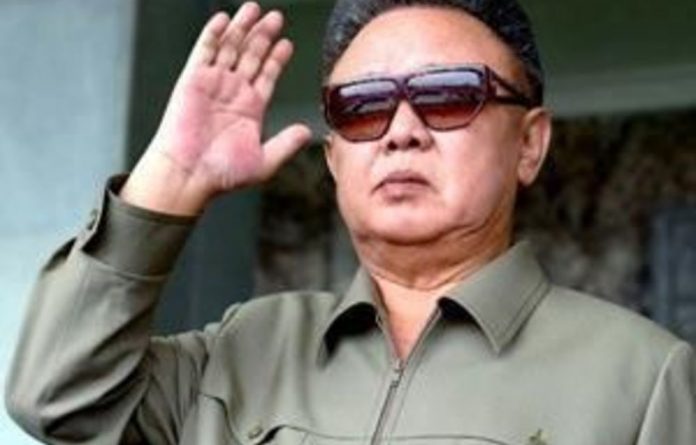 North Korea appears to be making an orderly transition after the death of leader Kim Jong-Il last week but the risk of collapse is higher than before and regional powers need to start discussing that contingency with China, diplomats and analysts say.

The problem is China refuses to contemplate any unravelling of North Korea which has nuclear ambitions and is its long-term ally. Beijing has rebuffed such overtures from the US, Japan and South Korea.

“Secret talks with China to plan for contingencies have long been overdue,” said Douglas Paal, vice-president for studies at the Carnegie Endowment for International Peace in a paper this week.

“Beijing has been reluctant to engage in this kind of dialogue, although Chinese thinkers have increasingly acknowledged privately the need for such an authoritative conversation.”

Yet little evidence has emerged that such talks have taken place or are being planned despite a flurry of discussions between the four countries in the aftermath of Kim’s death last Saturday.

Japanese Prime Minister Yoshihiko Noda travels to Beijing at the weekend but it is unlikely that China would entertain anything more than platitudes. No contingency plan can be coordinated without China’s agreement, since it borders North Korea and supplies much of its food and fuel.

Christopher Hill, a former envoy to the six-party talks on North Korea nuclear disarmament, said it was difficult to raise North Korean instability scenarios with China.

Contingency planning
“The Chinese are always skittish about these things”, he said, adding that the disclosure of secret US diplomatic cables by Wikileaks have made them especially wary of contingency planning.

Still, the transition of power in North Korea from the departed “Dear Leader”, Kim Jong-Il, to his son, the “Great Successor” Kim Jong-un, is going smoothly so far.

“We hope it stays that well,” said Pentagon spokesperson George Little. “We have not seen any unusual North Korean troop movements since the death of Kim Jong-Il. That would be one indicator of a less than smooth transition.”

The real worry is further down the road if a contest for power develops and piles stresses on a state that is already perilously close to economic collapse.

China, the US and other regional powers around the peninsula may face a number of daunting scenarios if the transition goes badly over the medium term. These could include civil conflict, a mass exodus of refugees, military mutiny, lost control of the North’s small nuclear arsenal or military attack.

China is however undergoing its own leadership transition in 2012 and down the line it’s not impossible that there may be some changes in its steadfast refusal to work with the US and its allies on contingency planning for North Korea.

In one February 22 2010 cable by then US ambassador to Seoul Kathleen Stephens, a top South Korean diplomat cited private conversations with two high-level Chinese officials who said China could live with a reunified Korea under the control of South Korea.

‘Benign alliance’
The then South Korean vice foreign minister, Chun Yung-woo, who was also a delegate at the six-party talks, said the two Chinese officials told him privately that China “would clearly not welcome any US military presence north of the demilitarised zone in the event of a collapse”.

But the Chinese officials told him Beijing “would be comfortable with a reunified Korea controlled by Seoul and anchored to the US in a ‘benign alliance’ — as long as Korea was not hostile towards China.”

The US maintains 28 500 troops in South Korea and remains the Supreme Commander of unified American and South Korean troops in the event of a crisis with the North.

Chun, now the South Korean president’s national security adviser, did not respond to a request for comment.

Chun also told the US ambassador in that cable that China would not militarily intervene in the event of a North Korea collapse and he expected that to happen within two to three years after the death of Kim Jong-Il.

The alleged remarks from the two Chinese diplomats do not represent China’s official position on North Korea. But China’s ability to influence North Korea is sometimes over-estimated. In April 2009, He Yafei, then China’s vice foreign minister, told a US diplomat in Beijing that North Korea acted like a “spoiled child” to attract US attention through steps such as firing a three-stage rocket over Japan.

The official line from Beijing, repeated during a visit by Kim Jong-Il to China in May, is that the relationship remains “sealed in blood” of the allies that fought together in the Korean War.

Global player
“For China, the core imperative remains the avoidance of anything that might compromise North Korea’s stability,” said Sarah McDowall, an analyst at IHS Jane’s.

“Occasionally, however, when North Korea commits particularly blatant provocations, this priority comes into conflict with another of China’s over-riding diplomatic objectives — its desire to be seen as a responsible global player. China’s behaviour with regards to North Korea in recent years has been a struggle to balance these two objectives.”

In another Wikileaks cable from Astana, Kazakhstan on June 8 2009, Chinese ambassador Cheng Guoping told his US counterpart Richard Hoagland that China opposes North Korea’s nuclear tests and hopes for peaceful reunification of the peninsula over the long term.

John Park, at the US Institute of Peace in Washington, used a medical analogy to describe the difference in the US and Chinese approaches.

“The way contingency planning is framed by the US is, ‘Let us coordinate so that if the North Korean state does collapse we can harvest the organs, and we think they should be implanted in a unified Korea, and the more the US and China coordinate on this, the more smooth and stable it will be.’

“Whereas China’s view is, ‘Why would you wait for until the patient dies? Why wouldn’t you prevent the death of the regime.’ So there the Chinese are adopting almost this preventive medicine approach.”

Political stability
Jia Qingguo, professor of international relations at Peking University, said prospects for political stability in North Korea were bleak and interested powers needed “to step up communications, especially now the risks of a crisis are quite high”.

The loyalty of those around the “Great Successor” is difficult to ascertain, Jia said.

“Add to that all the many problems, domestic and external, confronting North Korea. In these circumstances, I think it’s very difficult to say whether Kim Jong-un will be able to master the political apparatus.”

Kim Jong-un, who is in his late 20s, has little experience. His father Kim Jong-Il had 20 years to prepare for rule under the tutelage of his father, Kim Il-sung, the charismatic founding father of the North Korean state.

Analysts have said senior officers were replaced after young Kim was made a four-star general last year, though he had never served in the military.

Issues that need to be urgently addressed in contingency planning include how to provide aid in the face of a collapse or crisis and how to ensure the safety of the North’s nuclear materials, Jia said.

‘Internal domestic turmoil’
“I think from the viewpoint of China and the US, it may be up to one of them to assume control of the nuclear weapons and avoid proliferation.”

A former Japanese diplomat who dealt with North Korean issues, Hitoshi Tanaka, questioned whether any measures would be effective in the event of “internal domestic turmoil” in North Korea.

South Korea, China, Japan and the US “are very busy collecting and exchanging information and comparing notes” about North Korea’s future but that information is “very, very limited”.

“It is extremely important … to let China work in the most constructive way, because clearly, China is the last resort in the context of helping North Korea,” he said. — Reuters

The unbearable prospect of not being Kim