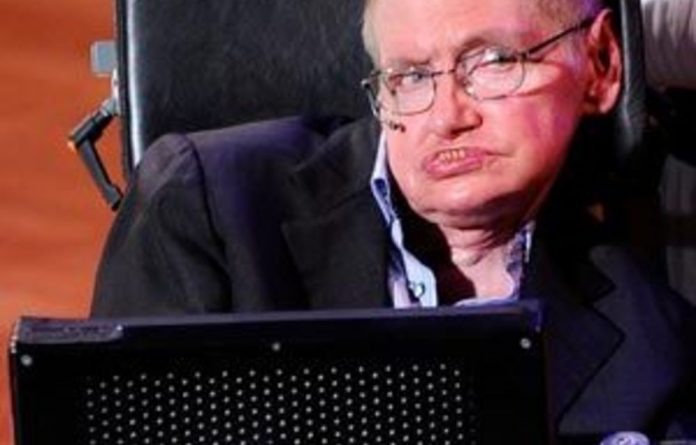 British scientist Stephen Hawking was forced to miss a scientific debate to mark his 70th birthday on Sunday as he was only discharged from hospital two days earlier.

As scientists and media gathered at Cambridge University for a symposium to mark Hawking’s birthday, vice-chancellor Professor Sir Leszek Borysiewic announced: “Stephen has been unwell and was only discharged from hospital on Friday.”

Hawking, who was diagnosed with motor neurone disease aged 21, will follow the special symposium on “the state of the universe” via webcast, the vice-chancellor said.

Despite spending most of his life in a wheelchair and being able to speak only through a computer, the theoretical physicist’s quest for the secrets of the universe has made him arguably the most famous scientist in the world.

When Hawking was diagnosed with the debilitating condition, he was given only a few years to live, but has defied medical opinion.

“I’m sure my disability has a bearing on why I’m well known”, he once said. “People are fascinated by the contrast between my very limited physical powers, and the vast nature of the universe I deal with.”

Much of his work has been based on bringing together relativity — the nature of space and time — and quantum theory — how the smallest particles in the universe behave — to explain the creation of the universe and how it is governed.

‘Doughnut-shaped universe’
In 1974, Hawking became one of the youngest fellows of Britain’s prestigious Royal Society. Five years later, he became Lucasian Professor of Mathematics at Cambridge, a post once held by Isaac Newton.

His fame moved beyond academia in 1988 with the publication of his book A Brief History of Time, which explained the nature of the universe to non-scientists and sold millions of copies worldwide.

Hawking’s stardom was later cemented in cameos in Star Trek and The Simpsons, where he tells the rotund Homer Simpson that he likes his theory of a “doughnut-shaped universe”, and may have to steal it.

As Hawking’s age advances, he could be at risk of losing his famous computerised voice due to the gradual loss of muscle control, his personal assistant said ahead of his birthday.

“His speech has got slower and slower and on a bad day he can only manage about one word a minute,” Judith Croasdell said.

“We think it may be because of the deterioration in his cheek muscle. We are looking to improve the situation and he needs to test out new technology.”

Longevity and legacy
Martin Rees, Britain’s Astronomer Royal and a former president of the Royal Society, who first met Hawking when they were both research students, marvelled at his longevity.

He admitted that when they first met, “it was thought he might not live long enough to finish his PhD degree.”

His survival made him a “medical marvel,” Rees said, but stressed that it was his work that would prove his lasting legacy.

“His fame should not overshadow his scientific contributions because even though most scientists are not as famous as he is, he has undoubtedly done more than anyone else since [Albert] Einstein to improve our knowledge of gravity.”

Brian Dickie, research director of the MND Association, says most sufferers live for less than five years, adding: “The fact that Stephen Hawking has lived with the disease for close to 50 years makes him exceptional.”

‘Tragic character‘
Hawking admitted he felt “somewhat of a tragic character” after diagnosis, but he soon returned to work, securing a fellowship at Cambridge, and married Jane Wilde, with whom he had three children.

Professor Kip Thorne, the US theoretical physicist who will speak at the symposium, said Hawking’s illness had been instrumental to his work.

“When Stephen lost the use of his hands and could no longer manipulate equations on paper, he compensated by training himself to manipulate complex shapes and topologies in his mind at great speed,” he said.

Hawking’s birthday will also be marked by a new exhibition celebrating his achievements which opens at London’s Science Museum on January 20. –Sapa-AFP

Revisiting an old favourite in the new Star Trek: Discovery