Escaping to Everest to fight a different kind of war 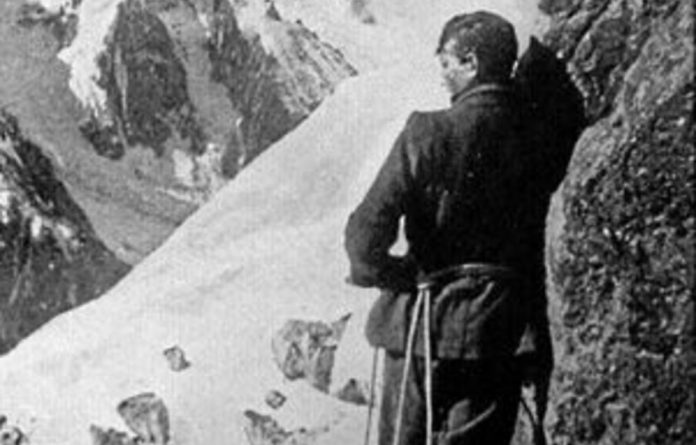 Into the Silence: The Great War, Mallory and the Conquest of Everest by Wade Davis (Bodley Head)

“With great effort they use magical skills with iron nails, iron chains and iron claws, with great agony, hands and feet frozen — [Some] left early to have limbs cut off, the others stubbornly continued to climb — I felt great compassion for them to suffer so much for such meaningless work.”

It was mirrored by the British response to Tibetan religious practices and, particularly, the hermits whose cells they observed in the flanks of the Rongbuk valley as they approached Everest in a bitter headwind and 23 degrees of frost.

The chöd asceticism of the anchorites entailed prolonged exposure to “grisly places and mountain retreats” as a way of breaking down the intellect. With their hair matted and faces blackened, they used human skulls as bowls and blew trumpets made of human thigh bones.

One of the climbers, army officer John Morris, wrote: “Their vacuous faces, looking as though they had lost the power of thought, gave me nothing but a feeling of disgust. It seemed horrible thus deliberately to deny the purpose of life.”

Impulse to transcendence
Davis, an anthropologist and National Geographic‘s “explorer in residence”, keeps returning to the cultural and political tensions between the British mountaineers and their Tibetan hosts. But his book is also about their underlying commonality — the impulse to transcendence that drives much human endeavour and lies at the root of much devotional practice.

What the climbers were trying to transcend, he suggests, were five years of trench warfare that shattered the Edwardian idyll. The first third of Into the Silence evokes the almost mystical patriotic idealism of Mallory’s class and generation and its awakening in the shell-cratered moonscape of the Western Front.

Everest photographer John Noel, for example, succumbed to “strain of active service” — contemporary ­medical cant for shell shock — within a week of joining the line at Mons after his battalion had lost 600 men.

Sent back to the Ypres salient in 1915, he was again invalided out, this time permanently, after witnessing the unspeakable horrors of the first German gas attack.

The climbing teams of 1921, 1922 and 1924 comprised a representative sample of the British ruling classes of the period: army officers, landed gentry, public school and Oxbridge graduates and members of the ­genteel professions.

Davis suggests that they saw in the conquest of Everest a symbol of “imperial redemption” that reaffirmed both the power of the Raj and the Kiplingesque virtues seen as intrinsic to it: honour, duty, physical courage, self-discipline and leadership by example.

Longing for escape
Capturing the mood, The Times trumpeted the approaching 1924 expedition as “an inspiring display of the resolution and indifference to discomfort and danger that, all through the ages and to the uttermost ends of the earth, have made the people of these islands — a race of pioneers”.

The war also left in its wake a longing for escape, both to exotic climes and a simpler, more wholesome moral universe. Davis argues that Noel’s two films, Climbing Mount Everest (1922) and The Epic of Everest (1924), “fed into a greater quest, embraced readily by an — exhausted people, to show that the life and death of an individual could still have meaning, that the war had not expunged everything heroic and inspired”.

Into the Silence is a sometimes relentless compilation of mountaineering hardships: frostbite and sunstroke in the rarified atmosphere, snow blindness, avalanches and falls in an age before fixed ropes and front-pointed crampons, thrombotic haemorrhoids, dysentery and typhoid and the scourge of “mountain sickness” — oxygen deprivation at unprecedented altitudes.

One example: at 27?000 feet (about 8 200m) Mallory’s closest friend on Everest, Howard Somervell, suddenly collapsed because he could not breathe. He climbed on after coughing up the obstruction: the frostbitten lining of his throat.

But Davis also confronts the deep moral ambiguity of the ­expeditions and, by extension, the broader ­imperial enterprise, ­highlighting their strange conjunction of ­inhumanity and high ideals. The porters carried 80lb (36kg) loads, sometimes for less than a rupee a day; when seven of them were swept away by an avalanche in 1922, expedition leader General Charles Bruce failed to mention the deaths in his official account.

Mallory himself proposed in a letter to his wife, Ruth, that his 18-year-old “coolie” should return to England as a servant who would “inhabit part of the cellar or the outside coal shed” and “save many a taxi drive by carrying luggage to the station”.

Social history
Ten years in the writing, Into the Silence is part mountaineering epic, part mystery story — the disappearance of Mallory and Sandy Irvine during their final push on the summit of Everest in 1924, introduced in the book’s opening pages, would be partly resolved by a startling discovery 75 years later.

But for those who cannot tell an arête from a bergschrund, its main appeal is as social history. Here, in a different context, is the “lost ­generation” of Gertrude Stein, cast adrift by a terrible war that dealt a shattering blow to an empire and all its certainties.

Drew Forrest is associate partner of the M&G Centre for Investigative Journalism, amaBhungane