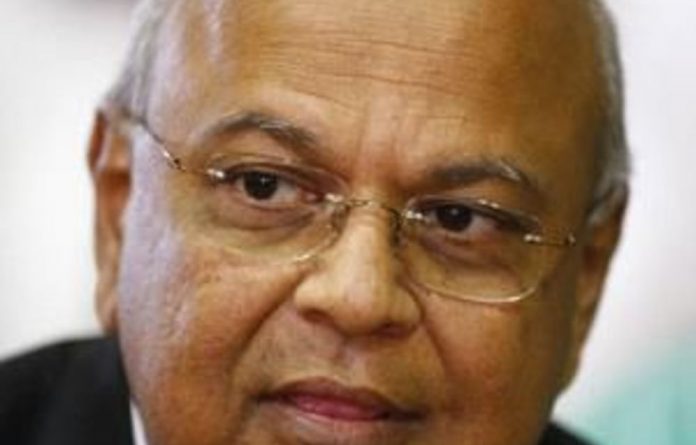 Amid claims that provincial saboteurs are undermining the central government’s work, Finance Minister Pravin Gordhan has put embattled Limpopo officials in their place after complaints that the department’s decision to put the province under administration was politically motivated.

At a press briefing in Polokwane on Thursday morning, Gordhan said there were people within the province working to sabotage the national government’s administration process.

Gordhan has pulled out all the stops in what has fast become a public war between national government, with President Jacob Zuma at the head, and Limpopo, which recently elected Zuma’s adversary Julius Malema to its provincial executive committee.

In a strongly-worded statement earlier on Thursday morning, the ministry hit back at critics in Limpopo, saying the province is looking at shortfall of R2-billion at the end of the financial year, and listing a host of damaging facts that led to the decision to place it under central control.

For the press conference in Limpopo, a busload of journalists was transported by government to Gordhan’s briefing about treasury’s intervention in the province. There they were greeted by heavyweight ministers on hand to defend government’s decision, including Health Minister Aaron Motsoaledi and Basic Education Minister Angie Motshekga.

Off the cuff
When asked why there were no provincial government officials present, Gordhan responded that it was a national government briefing … to laughter from assembled journalists.

Gordhan, who frequently spoke off the cuff, set out clear facts as to why the financial situation in Limpopo was desperate and in need of administration.

“Why has this situation come about in Limpopo? The province has large, accumulated unauthorised expenditure which has grown from R1.5-billion in 2009 to R2.7-billion in 2011,” the ministry said in its statement.

Gordhan later added: “Unless extraordinary measures like this are taken, Limpopo will have an over-expenditure problem by the end of March. We are looking at ways to prune down in order to find R2-billion by March 31.”

In the department of health, the team found that:

Motshekga said that in the province’s education department:

Central government assumed authority over nearly every area of administration in the province in December after it asked for a R1-billion overdraft to pay the salaries of civil servants, including teachers and nurses. Free State and Gauteng departments were also added to the list, though disgruntled treasury officials subsequently told the Mail & Guardian this was only done to mask the political targeting of Limpopo.

Sabotage
Gordhan also said there were people in the province, whom he declined to name, who were sabotaging the process — and hence abusing taxpayers’ and public money.

In an interview after the briefing he noted that while there was some cooperation from the province but “unfortunately there have been some public pronouncements that have been counterproductive”.

“The non-delivery of food to hospitals was started by a rumour that service providers will not be paid. The security providers in the province were also told they won’t be paid.”

Motsoaledi told journalists that when, on the way to the ANC’s lekgotla earlier, he heard that hospital services were being sabotaged, he was so shocked he had to stop the car.

Political battles
National government went on the offensive after Limpopo government officials, who are widely held to be part of an anti-Zuma coalition in the run up to the ANC’s elective conference in Mangaung at the end of the year, accused the treasury of allowing itself to be used to fight political battles.

Provincial premier Cassel Mathale, a close ally of Malema, is linked to efforts to unseat Zuma. He was re-elected as premier shortly after the province was placed under administration and has been fighting back since.

The latest chapter in the intervention marks another victory for Zuma in the lead up to Mangaung.

“We are acting in the best interests of the people of Limpopo,” Gordhan said on Thursday.

“There was no political pressure to act against the Limpopo government, but there is an obligation to the South African people and the people of Limpopo. We have a duty to instil public confidence and ensure proper service delivery.” — additional reporting by Sapa