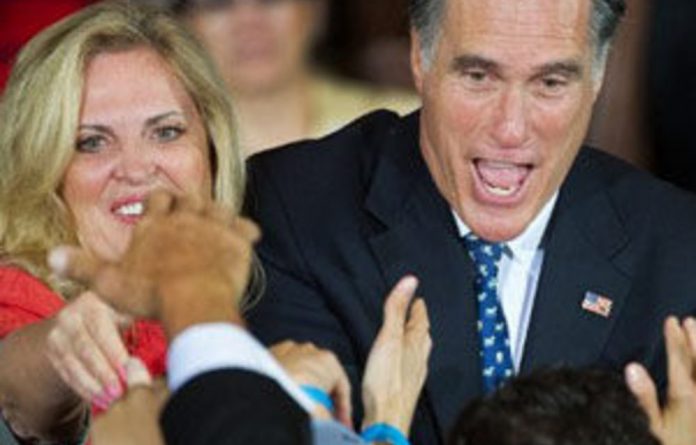 Mitt Romney regained the lead in the Republican presidential nomination race with a big win in Florida but drew criticism on Wednesday in what should have been his victory lap with remarks suggesting he was indifferent to America’s poor.

Romney rolled to an impressive triumph in Florida, capturing 46% of the vote to Newt Gingrich’s 32% after pounding his nearest rival with negative advertisements.

The victory restored him to frontrunner status in the state-by-state battle for the Republican nomination to run against Democratic President Barack Obama in the November 6 general election.

But the wealthy ex-governor and former private equity executive, who lost the South Carolina primary on January 21 after opponents painted him as a heartless capitalist, gave a reminder of the challenges he will face winning over voters struggling with the economic downturn and high unemployment.

In an interview on CNN, Romney said he was not concerned about the poorest Americans but that his primary focus was on the middle class.

“I’m not concerned about the very poor, we have a safety net there,” he said, adding, “If it needs repair, I’ll fix it.”

Romney also said he would leave concern for the poor to the Democratic Party.

Foot in mouth
“We will hear from the Democrat party the plight of the poor,” Romney said. “And there’s no question it’s not good being poor and we have a safety net to help those that are very poor. But my campaign is focused on middle Americans.

Opponents seized on his remarks. Democratic National Committee spokesperson Brad Woodhouse emailed them to journalists, with the introduction, “I’m glad he cleared that up.”

US voters have said the sputtering economy is their main concern for the 2012 elections.

Romney has touted his business experience while harshly criticising Obama and his Republican opponents for their lack of private sector experience.

Romney, who has a personal fortune estimated at some $270-million, came under fire earlier in the campaign for saying that he liked to fire people, although those comments were taken out of context.

After his second-place showing in Florida, Gingrich vowed to battle on, rallying supporters with the reminder that there are 46 more state contests left in the nominating fight. The former speaker of the House of Representatives did not call Romney to congratulate him on his victory.

Strong support
The next voting will be caucuses on Saturday in Nevada, where Romney is expected to enjoy strong support from a large population of his fellow Mormons. Nevada also has the country’s highest unemployment rate, of 12.6% in December.

Nevada is followed next Tuesday by caucuses in Colorado and Minnesota and a primary in Missouri.

Gingrich and Romney will be in Nevada later on Wednesday, Romney after a stop in Minnesota.

Rick Santorum, a former US senator who won in Iowa’s kick-off contest, came in third in Florida at 13%, followed by US Representative Ron Paul at 7%. They are also continuing their campaigns.

The well-organised and well-financed Romney has now won two of the first four nominating contests, also capturing New Hampshire while coming in second in Iowa and South Carolina.

Romney’s Florida victory got his campaign back on track after the loss to Gingrich in South Carolina 10 days earlier. Gingrich and his supporters ran devastating attack ads in South Carolina portraying Romney as a heartless corporate raider who destroyed businesses and enjoyed firing people.

With Gingrich vowing to fight on for months, there is the potential for a divisive battle that could damage the party’s chances of denying Obama re-election in November.

Deep divisions
The ugly fight in Florida highlighted deep divisions among Republicans. The party establishment largely backed Romney but the most conservative voters, particularly those from the small-government, fiscally conservative Tea Party movement and religious conservatives, leaned toward Gingrich.

Romney’s victory also came after his team spent millions of dollars on television ads that blasted Gingrich, raising doubts about whether the former Massachusetts governor can energise the Republican base and rally supporters to his side rather than win by tearing down opponents.

Romney made no apologies for his tactics.

“At this point I think it’s been helpful. I think the back and forth and even the attacks have been helpful because what comes from Barack Obama will be the same, just a heck of a lot more of it,” he said on NBC’s “Today.”

Gingrich’s ads in Florida were equally negative against Romney but Gingrich was outspent by a ratio of five or six-to-one. — Reuters

The 30th Sundance Film Festival has seen both pop stars and politicians make appearances, while in the background distribution deals are made.
Read more
Thought Leader

Sex scandals and political setbacks might have brought out the best in US leaders Bill Clinton and Barack Obama, writes Khaya Dlanga.
Read more
World

Did US President Barack Obama endorse same-sex marriage because it was gaining acceptance or because it was the right, albeit unpopular, thing to do?
Read more
Advertising
Continue to the category
Coronavirus