Smacking will never be right 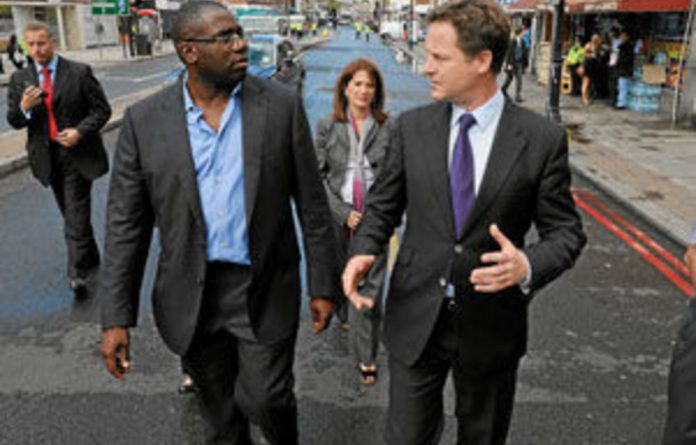 London MP David Lammy’s book about the riots in the United Kingdom in August last year and the role parenting played in them, Out of the Ashes, was published in December.

Although it appeared on the shelves only a few months after the riots it is not a rush job — he was already working many of the ideas into a book in the dog days of losing the general election.

Many of the arguments are unarguable: parents who have two jobs apiece and terrible wages will rarely see their children and are likely to be in a bad mood when they do. Parents need to be able to set boundaries and exert a meaningful authority, the meaning of which will look different in different households.

Lammy has both broadened and refined the debate and said things that, out of a peculiar modern squeamishness, other people would not say. As Katherine Rake of the Family and Parenting Institute said: “Do we need to give 12 to 16-year-old black youths a more positive experience and greater sense of ownership? Of course we do.”

In fact, though, the big media storm about this has been Lammy’s line, neatly potted as: “If parents were allowed to hit their children, the riots wouldn’t have happened.”

Lammy has been joined in this view by London mayor Boris Johnson. In a rather unlikely alliance, Johnson said not only that parents should be allowed to hit their children to “instil discipline”, but that he believed he had the backing of Education Minister Michael Gove.

Corporal punishment has been bubbling under the parenting debate for a while. As it bursts out, it has taken the liberal left by surprise. Well, I am surprised, because I thought we had done with all this. I thought the whole point about cultural evolution was that sustained argument brought the main tranche of society round to a point of view and then we could stop arguing about it. We do not argue about domestic violence any more, and it certainly is not because the institution of marriage has resolved its difficulties.

The week that Lammy’s book was published I was on BBC Radio 4’s Bringing Up Britain (Mariella Frostrup’s parenting programme) with a headmaster called Charlie Taylor, “expert adviser on behaviour” Sheldon Thomas, who combats gang culture with an organisation called Gangsline, and Clem Henricson, a social policy analyst who is an expert on the 2004 Children Act that purportedly made it illegal to smack your children. Actually it did not: it banned “unreasonable physical chastisement”, which is defined as anything more than a temporary reddening of the skin.

Lammy said, apropos his book, that this is a racist law because a black child’s skin is different and will not redden. It makes an arresting point about how the law can ignore a section of society without noticing. But I do not think it really supports the assertion, made by him and others in this pro-smacking lobby, that the law is a muddle and the average person thinks all smacking is banned. If the “average person” is confused, then all the “average person” has to do is a simple internet search. I am sick of hearing new, usually bad, policy ideas justified by this straw man, who finds everything confusing but refuses to look up anything.

I have to make the obvious point here: that even if you think children have few rights, we all accept that they have some. You cannot kill your child if he is naughty, you cannot break his bones, you cannot stub out cigarettes on him. So there is room for the state to interpolate itself somewhere between the parent and the child, and if it is not at the stage beyond reddening the skin, where on earth is it? Significant bruising? Hairline fractures? It is never clear where the pro-smacking lobby wants to see this line drawn, or if it is seriously contending there should be no line at all.

I said on the radio that I would be appalled if anyone I knew hit their children. Taylor and Thomas scoffed at me, so I got flustered and did not justify it. In the end I sounded like another of those parents who Lammy described to me yesterday: “There’s a middle-class, suburban attitude to this subject; it’s a postmodern understanding of how you raise children — that negotiation is absolutely central.” The problem, he said, is that this kind of parent rarely, if ever, came into contact with social services, never had to see their parenting put under the microscope of a stranger’s judgment, never had the threat of their child being removed, never lost a job because they slapped their child in the supermarket and were reported. They never had to deal with the real face of the state, which was all intervention and no support.

This is a sucker-punch argument for the self-hating liberal, because it ranges the middle class against the working class, the white hegemony against a black minority. And then all it takes is for the upper class (with its long-standing love of corporal punishment) to come together with “a voice of the people” and the liberal has been properly kippered: we will not let people hit their kids because we are snobs and then where are we when those children turn bad? Nowhere.

It is a neat manoeuvre, enough to chase any sensible person off this territory for good, except for a couple of small things.

First, there is nobody on earth who advocates parenting in anger; there is not a parenting class, a bishop, a leftie, a teacher, a youth worker, anybody from any point on the spectrum who says that you should negotiate and enforce your boundaries while you are livid. Yet what kind of a person hits anyone, child or not, when they are not angry? As Anne Longfield, chief executive of the charity 4Children, said: “Hitting would never come into any parenting class, because that is what happens when all the other strategies have broken down. That is when the parents have lost control and that will be obvious to children, especially ones who are a bit older.”

The more you try to imagine smacking as a specific response, rather than an “issue”, the more ridiculous it is. Obviously, you would not hit anyone who was pre-speech, because you could not be reasonably sure that they had committed their offence on purpose. So, say you start hitting them at four: do you carry on until they are 14? Rake commented: “If there is a big issue about controlling teens, the idea that hitting them is going to make any difference to their behaviour … common sense tells you that will just make it escalate.”

Second, everybody is into “values”: it is a given that children need boundaries and that, as a parent, you need to set them, manage them and exert authority in that process. You establish boundaries by having a morality of your own that, which you can explain relatively easily and in which you are reasonably consistent. Frankly, that is all I have in my ethics larder: you think of others, you do not assert your will through force, you do not exploit weakness, you are polite. That is it.

If I were to hit one of my children, I would be role-modelling the exact opposite of my belief structure. My “boundaries”, as a result, would be shifting and meaningless. So, sure, if you think parenting can work without those values and with a whole different set of values — “I must be right because I am older, larger, stronger, angrier” — that is your prerogative. But it is also stupid.