Tomatoes are the stars of the X-factor 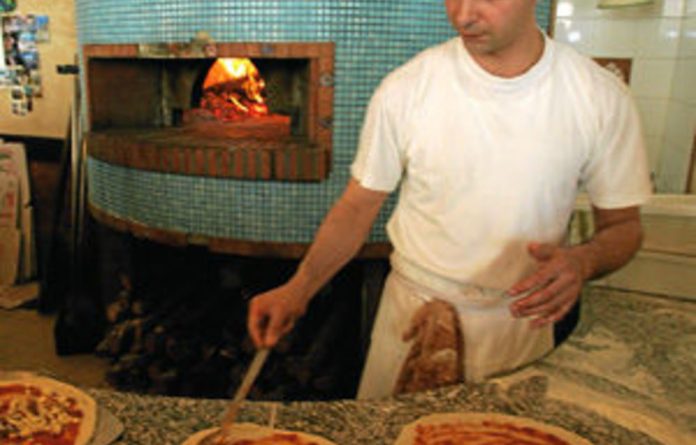 There are almost as many recipes for tomato sauce as there are cooks. Some call for a pinch of sugar, some do not. Depending on how the sauce is to be used, some pass it through a sieve, others leave it chunky.

In my experience, I have struggled to ­produce the same tomato sauce ­consistently, perhaps because of the many different varieties of tomatoes available, or the difference in brands when using the canned stuff.

British chef Heston Blumenthal was awarded an honorary doctor of science degree for his simple but profound discovery that the outer flesh of a tomato is not as tasty as the inner flesh.

Art and science
Blumenthal, in his quest for the perfect pizza Margherita, cuts blanched and peeled vine tomatoes into eighths and places them in a sieve over a bowl. He salts them and collects five or six tablespoons of juice and then cooks it all together in a pressure cooker for 12 minutes. The sauce is left to cool and then put back on the heat and cooked for another 10 or 15 minutes until very little ­liquid is left.

He leaves the sauce to cool and adds vine stems, which, he says, “contain a lot of that wonderful fresh tomato smell” and will permeate the sauce.

The River Café, the famous Italian restaurant on the Thames in London, has a quick tomato sauce: three garlic cloves are fried in olive oil until they are brown, two tins of canned tomatoes are added and cooked for 15 minutes on high heat. Finally a single tablespoon of basil leaves is added with more olive oil, salt and pepper.

The great Italian cookbook Silver Spoon suggests heating two tablespoons of olive oil, adding 550g of tomatoes (tinned or fresh), a large pinch of sugar, two more garlic cloves, 10 fresh and torn basil leaves and a pinch of salt. This is cooked over a medium heat for half an hour. The tomatoes and garlic are mashed with a wooden spoon and the sauce is passed through a sieve.

The same book’s recipe for a quick tomato sauce is similar to the River Cafe’s but uses parsley instead of basil. This is discarded, along with the garlic, after 10 minutes. The sauce is poured directly on to drained, hot pasta and there is an admonition not to sprinkle with grated Parmesan, which in my book sounds just like an invitation to break the rule.

Classic combinations
For his sauce, Spanish chef Ferran Adria adds bunches of basil at the end of the process. He fries whole cloves of garlic for a few seconds and then adds chopped onion. This is cooked for five minutes, after which tinned chopped tomatoes or passata are added, followed by salt, pepper and sugar. The sauce is passed through a sieve and reheated, after which basil leaves and their stalks are added. The sauce is served with spaghetti and extra-virgin olive oil, grated Parmesan and the smallest basil leaves.

I wondered, would that still need the sugar? I posed this question to Valeria and Dante Bollini, proprietors of the acclaimed Tortellini d’Oro restaurant in Oaklands, Johannesburg.

Secret ingredient
The worldwide appreciation of tomatoes has been explained by ­scientists who use the Japanese word umami (translated as ­”delicious taste”) to describe the mysterious X-factor that keeps us eating the versatile fruit. According to the Umami Information Centre ­website, “tomatoes contain high levels of the umami provider, glutamic acid and, as the fruit ripens, these levels increase”.

The umami phenomenon was ­discovered by Professor Kikunae Ikeda of the University of Tokyo in 1908 when he identified brown ­crystals that remained after the evaporation of kombu broth.

These were subsequently named glutamic acid. Ikeda went on to market this as the controversial food additive, ­monosodium glutamate.

However, if a rich tomato sauce is cooked properly, it certainly does not need an ­artificial boost of the umami flavour.