Doubts raised about Mujuru’s cause of death 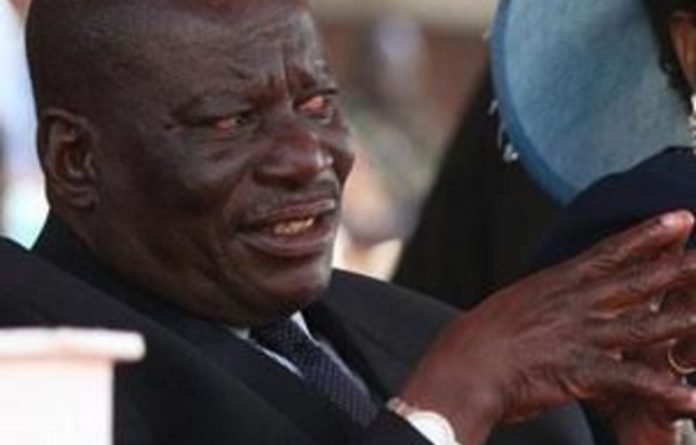 Testimony before an inquest into a Zimbabwean power broker’s fiery death ended on Monday, leaving the last hours of General Solomon Mujuru’s life shrouded in suspicion he was murdered by political rivals.

After three weeks of hearings that have been closely followed in Zimbabwe, Magistrate Walter Chikwanha said on Monday that he rejected a request by Mujuru’s wife, who is the country’s vice-president and has attended several inquest sessions, to exhume the general’s remains for independent forensic tests. Mujuru (66) was burned beyond recognition in a house fire last year.

The former guerrilla leader and army commander used his influence and wealth from a business empire to support his wife against rival factions in President Robert Mugabe’s party.

Magistrate Chikwanha did not say when he would report his conclusions after hearing evidence from 37 witnesses. He can rule the death was accidental or criminal, and in the latter case an investigation would be opened. Chikwanha could also declare an “open verdict”, effectively saying he was unable to reach any conclusion.

Attorneys acting for Mujuru’s family had questioned an autopsy by Cuban pathologist Gabriel Alvero, saying he had been in the country for only seven weeks and had a poor command of English.

In a translation of his testimony, Alvero said Mujuru appeared to have died from inhaling smoke. He said he examined the remains of charred limbs and said his findings were inconclusive “considering the state of the body”.

Senior South African pathologists said samples of the remains and ashes from the house tested in South Africa showed no sign that explosives or flammable liquids were used to ignite it and create the intense heat that virtually cremated Mujuru. But the samples were sent in plastic bags, not in airtight metal boxes or zippered oven bags as required. The samples could have been compromised, they said.

Last hours
Mujuru was buried at a state funeral four days after the fire. For the first time at a state funeral, the coffin remained sealed. A record 50 000 mourners attended the popular general’s funeral, but few of his supporters no prominent politicians from Mugabe’s party attended inquest hearings.

In his last hours, Mujuru stopped at the Beatrice Hotel, 60km south-west of Harare, drank two double whiskies with soda and chatted with patrons who described him as sober and typically affable. Widely known as a heavy drinker, the burly general, who routinely carried a pistol, told them he was having an early night before a long journey early the next day to visit diamond interests he owned in southern Zimbabwe.

A maid at the farm and a private security guard said they heard gun shots two hours before flames were seen at his farmhouse. Maid Rosemary Shoti said Mujuru left groceries and his cell phone in his car, something he had never done before.

Other testimony showed the general took 40 minutes to drive from the hotel to his farm, a journey of 10 minutes. No witnesses confirmed he took any detour or made stops along the way.

Witnesses also testified they saw what struck them as strangely coloured flames rising from the general’s remains and said that while the carpet beneath him was burned through to the floor the carpeting around him was mostly intact.

Vice-President Joice Mujuru, in a written statement to the inquest on Monday, described the response by fire fighters at the general’s farmhouse as “totally ineffective”.

The fire department told the court earlier the tanks of all its fire trucks leaked water. Emergency services have suffered severe shortages of equipment and spare parts in the nation’s decade-long economic crisis.

Police in a VIP protection unit guarding the farm said their radio was broken, they had no airtime in their cell phones and the nearby Beatrice police station had no vehicle to reach the scene. — Sapa-AP

Mugabe: I’m not a colonial product