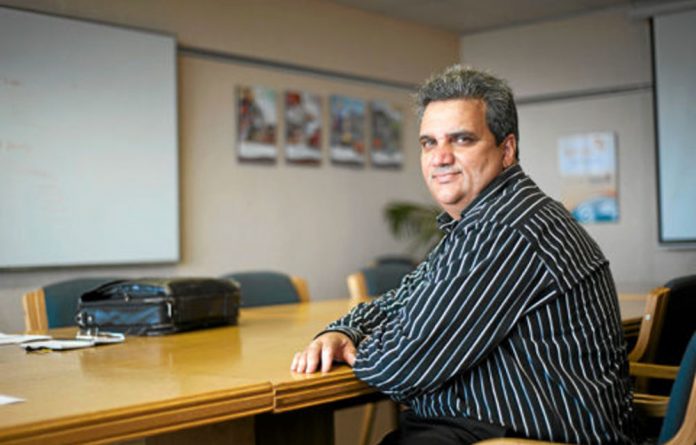 “We produced 8 426 engineers in 2009 but only 6 856 teachers, a figure far short of the required target for 2014 of 12 000,” said the University of the Witwatersrand’s registrar, Kirti Menon. “Is there something wrong with our planning and are our ­priorities wrong?”
Formerly the acting deputy director general for universities in the department of higher education and training, Menon was speaking last week at this year’s first “Teachers Upfront” seminar, which focused on the professional development of teachers. It was the fifth in the series, a partnership of the Wits school of education, the University of Johannesburg’s education faculty, the Bridge education network and the Mail & Guardian.

Whitfield Green, acting chief ­director of teaching and learning development in the higher education department, and Tessa Welch, teacher education specialist at the South African Institute for Distance Education, joined Menon in addressing the seminar, held at the University of the Witwatersrand.

How we would increase the number of students in teacher education was a critical question, Menon said. Reviewing the history of teacher education programmes in South Africa, she highlighted the problems of geographical access to universities for pupils who wanted to be trained as teachers, following the closure of ­colleges of education in the 1990s.

Equity of access and success were the key principles that would inform government planning for the post-school sector from 2012 to 2030. “The funding of the different subsystems of the post-school sector has hitherto operated distinctly differently and evidence confirms that there has been much wastage and inefficiency in the past 18 years,” Menon said.

Need for expansion
The government’s green paper on post-secondary education, released last month, argued for a more effective use of funding and “for more porous boundaries between and among the different funding ­envelopes”. New policy had brought education and training closer to each other, Menon said, ­noting that the green paper recognised that education and training pathways were limited and both choices and institutional types had to be expanded.

For instance, on the paper’s ­proposal that South Africa needed new “community education and training centres” for out-of-school youths and adults that would absorb the public adult learning centres, Menon suggested that such multi-purpose centres could also offer teacher education.

Green reviewed the government’s “Minimum Requirements for Teacher Education Qualifications”, the policy document intended to improve the development of ­teachers. “Because teacher know-ledge, both of content and pedagogy, is a key challenge in education, the policy has positioned teachers as knowledge professionals,” he said.

The policy recognised the importance of beginner-teacher ­competencies and stressed practical ­experience in the developmental trajectory for teachers it described, Green said. Learning in practice (­teaching), learning from practice (observing, analysing and researching) and learning through service (placement or volunteering in the community) were all central to the policy, which incorporated clear links between teacher qualifications and career pathways.

According to Welch, if we did not think teacher development was the best solution, we had a problem. “It is on the professionalism of individual teachers and schools that system-wide improvement is built,” she said.

“There has been a significant shift in our understanding of teacher development with the policy that has been developing in South Africa since the work of the ministerial committee on teacher education in 2005,” Welch said. “Teacher development is now considered to be a lifelong process for teachers, ­starting with their initial qualification and induction and [proceeding with] continuing professional development to retirement.”

Teachers’ professional development involved more than upgrading, she said: it went beyond the ­personal growth, learning and career of the teacher. Its purpose was the ­development of the person in the profession and simultaneously the development of the profession. How the individual’s learning ­contributed to a ­collective good was the necessary focus, and the relationship between teaching and student learning was pivotal. “If teachers’ professional development is not centred on the link between educator skill and knowledge and student learning, it cannot be said to be working,” Welch said. “There is a tension between those who favour system-wide ­improvement and those who want to leave to teachers the responsibility for determining the development they want,” she said, “but these are not mutually exclusive.”

Although the basic education department had to engage in system-wide initiatives to improve schools, she cautioned against bureaucratic requirements and systems that stifled creativity. “The way to deal with the tension between providing for autonomy at the individual and school level and introducing programmes that are designed for large-scale systemic improvement is to incorporate into the large systemic improvement efforts attempts to build understanding, active engagement, local leadership and local shaping of activity within the broad agenda,” Welch said.

In other words, national programmes had to develop the capacity of teachers to learn from their own contexts, she said. What worked was known in general terms but had to be reworked in local contexts: “Improvement is a discipline and practice requiring consistency and persistence over time.”

To maximise the benefits of teacher development, the discipline of improvement had to be practised at three levels that collectively incorporated the individual teacher, school-based programmes and the system as a whole. “Teacher-led development initiatives such as professional learning communities should be encouraged and facilitated, but not directed,” Welch said. And, although resources had to be allocated to ­support these initiatives, results such as improved pupil achievement could not be expected from them immediately.

Barbara Dale-Jones is chief ­operations officer of the Bridge education network. For debate related to the “Teachers Upfront” series, see bridge.org.za and for the M&G’s articles on the previous four ­seminars, see mg.co.za/tag/teachers-upfront.

Teachers pool tricks of the trade

It takes a village to stop bullying

Don’t be afraid of assessments at school