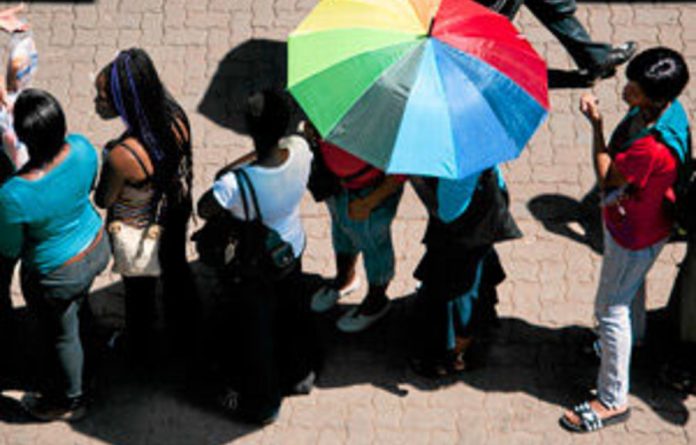 Five years of fraught tender procedures have culminated in the awarding of a social-grants payment contract worth more than R10-billion to a foreign-owned company with a chequered history in South Africa.

The high-stakes award has sparked a legal battle led by two losing bidders.

AllPay, owned by Absa bank, claims that the award was “irregular” and has demanded that it be set aside, whereas Empilweni Payout Services has asked the courts to order the release of all tender documents and records for scrutiny.

Over the same period AllPay and Empilweni have provided the same service in the Free State, Western Cape, parts of the Eastern Cape, Gauteng and Mpumalanga.

This entails enrolling about 15-million grant recipients, issuing them with smart cards, using biometric tools such as fingerprinting to prove their identities and paying them.

The tender award is a major blow to AllPay and Empilweni, which has claimed it “threatens to completely destroy” its business.

In contrast, the victorious Cash Paymaster, which derives most of its profit from South Africa’s social-grant system, awarded stocks and $3.6-million in juicy bonuses to its executives. Chief executive Serge Belamant scooped $2-million and finance chief Herman Kotzé $1.2-million.

In its 12 years of activity, Cash Paymaster has courted controversy.

In 2009 the Mail & Guardian revealed how its black economic empowerment partner in Limpopo, Northern Corporate Investment Holdings, was central to serious corruption allegations against then premier Ngoako Ramatlhodi.

In 2008, while Sassa was still drawing up an earlier national social-grants tender, City Press alleged that Thuthukile Skweyiya, the wife of then-social development minister Zola Skweyiya, was in business with ANC stalwart Mazwi Yako, who was another of Cash Paymaster’s BEE partners, through his Born Free Investments 272.

Cash Paymaster had made a bid for this earlier national tender.

Thuthukile Skweyiya denied taking up a share allocation from Yako’s firm. Sassa reported to Skweyiya’s department, but the former minister has always insisted that he played no role in the adjudication process. The tender was ultimately cancelled.

Between 2000 and 2003, Cash Paymaster also faced criticism in Parliament and in the press for allegedly providing poor quality services in certain provinces. The company disputed this.

The tender awarded to Cash Paymaster last month has a long and tortuous history, going back to February 2007 when Sassa first advertised it under former minister Skweyiya.

Ironically, the department claimed at the time that the centralised tendering of social grants for all nine provinces would prevent the field being dominated by a few companies.

Said Lakela Kaunda, the spokesperson at the time: “In the current bid process, instead of looking for one service provider to ensure uniformity of services nationwide, we decided to subdivide the bid into nine provincial tenders. This will prevent the development of a monopoly and allow opportunities for new entrants.”

The bidders at the time included Cash Paymaster, AllPay and Empilweni. Sassa explained that the cancellation of the tender in November 2008, after several long delays, was because its adjudication committee had “rejected” the evaluation committee’s findings. It said there was “no hint of corruption”.

Claiming that the evaluation committee had recommended Cash Paymaster, chief executive Belamant took the agency to court in a case that appears to remain unresolved.

‘I want all nine’

He was quoted as saying: “We know we won all nine provinces on technical, financial and black-empowerment criteria. We deserve it and I want all nine.”

The tender was advertised anew in April last year, but in the intervening period Belamant sued Sassa over related issues.

In a Supreme Court of Appeal ruling on Cash Paymaster’s challenge to a Sassa decision to distribute some grants through the South African Post Office, Justice Zukisa Tshiqi said: “One is, unfortunately, left with a lingering impression that [Cash]Paymaster’s motive in wanting to have the letter agreement set aside is to perpetuate the expensive cash payment system and not because it is concerned about the costs to Sassa of the payment systems, or because it is a possible bona fide competitor of Postbank.”

Belamant could not be reached for comment on Thursday.

AllPay’s application is due to be heard next week.

If President Cyril Ramaphosa’s crackdown on corruption is to succeed, new rules for lobbying and tenders need to be implemented
Read more
National

Towards the end of level four of the lockdown, Sassa offices reopened for applications for old age pensions and childcare and foster care grants, but not for disability grants
Read more
Business

Sassa is keen to try out online registration to process applications for the Covid-19 relief grant, but NGOs are wary because not all intended beneficiaries are able to access data
Read more
Advertising
Continue to the category
Politics