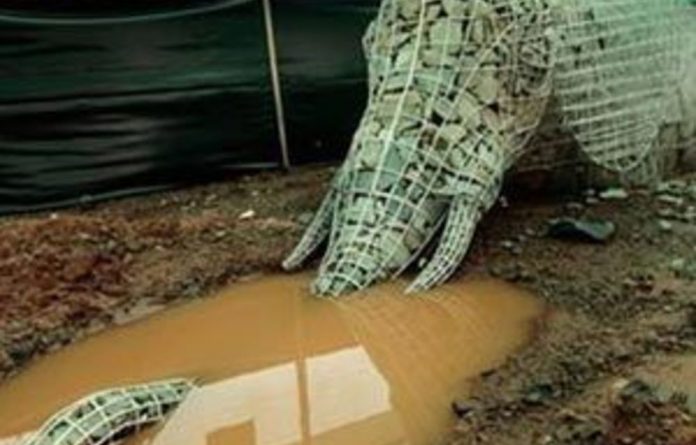 For the past two years, Durban artist Andries Botha’s incomplete elephant sculptures have stood abandoned in Warwick Junction, Durban. Despite Botha’s requests that the artworks be protected while their fate is decided, the artist reported to the Sunday Tribune the sculptures have been vandalised and damaged. He has now taken legal action against the municipality.

The unfinished public artworks, which were commissioned by the Durban City Council at a cost of R1.5-million, have been covered by shade cloth and plastic since February 2010, when Botha and his assistants were ordered to stop work when an ANC councillor complained the artwork resembled the Inkatha Freedom Party logo.

At the time, Botha explained to the Mail & Guardian the elephants, part of a series that has become renowned around the world, represented man’s relationship with nature, and were a symbol of Botha’s Human Elephant Foundation, an organisation founded in partnership with South Africa’s acclaimed conservationist Dr Ian Player.

Head of international and government relations in the Durban municipality, Eric Apelgren, had been impressed by the series, which has been shown in Europe and the United States, and suggested that the artist produce similar sculptures for his hometown.

On Apelgren’s recommendation, Botha made a presentation to various committees, and was asked to create the public art work that would be placed at the new Warwick Avenue interchange, an area undergoing significant revamping in preparation for the 2010 Soccer World Cup.

According to Botha, vagrants occupied the area and the works have been vandalised since he was ordered off the premises. “They should present some protection to the site,” he told the M&G soon after work was halted.

In a letter sent to the municipality on the weekend, Botha’s lawyer details the state of the artworks

“The rear elephant has been completely dismantled and destroyed. The centre elephant has been severely vandalised with a major part of its right side removed. In addition to this, the tusks and ears have also been removed. The front elephant is also badly damaged. A major part of its trunk, ears and tusks have been removed. Damage is already visible on other parts of its torso as well.”

He goes on to suggest that the municipality, and Apelgren in particular, failed to deliver on their promises that the work would be protected, and that the artist would hire a private security guard and claim back the costs, as well as claim for damages to the artworks.

Botha is allegedly still owed over R250 000 for his work.

The municipality was not available for comment at the time of this being published.