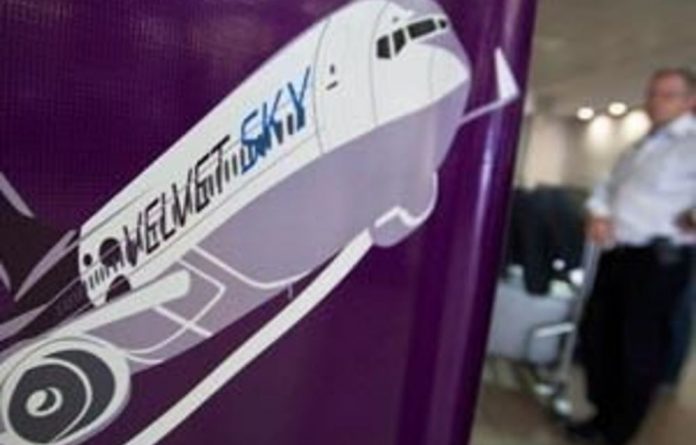 The attorney representing airline Velvet Sky in a liquidation application it faces withdrew from the case on Tuesday.

“I have just signed a notice of withdrawal,” said Ahmed Amod ahead of the application set down for Wednesday in the High Court in Pietermaritzburg.

Amod, who Pamodzi mine liquidators on Monday said they were planning to charge with fraud, cited personal reasons.

BP Southern Africa has filed papers arguing for the liquidation of the airline, which has been flying for less than a year, because it is allegedly in arrears on its fuel bill.

On February 24, BP Southern Africa applied to the court for the provisional liquidation of the airline, which allegedly owes BP R29-million for aviation fuel.

Argument is expected on Wednesday.

Amod said he was still a director of the airline.

Fraud charges
On Monday, the liquidators of Pamodzi Gold Mining Group announced they planned to lay charges of fraud against Amod, who is also a lawyer for Aurora Empowerment Systems, the company appointed to manage the mine.

Aurora’s management contract was cancelled after the company was accused of destroying infrastructure at the mines. Over 5 000 people lost their jobs.

Amod said he had not been informed of the planned charges and Velvet Sky chief operating officer Gary Webb said earlier on Tuesday he was not aware that Amod might be charged.

He was feeling hopeful about the BP challenge on Wednesday, he said.

“We are obviously in the hands of the court, but we are optimistic about the outcome there,” said Webb.

“It will take a couple of days to get ourselves back on our feet,” he said when asked when they expected to fly again.

The airline suspended flights last Monday and customers with tickets do not know if they will get refunds or be able to reschedule their bookings.