In the garden of nature’s delights 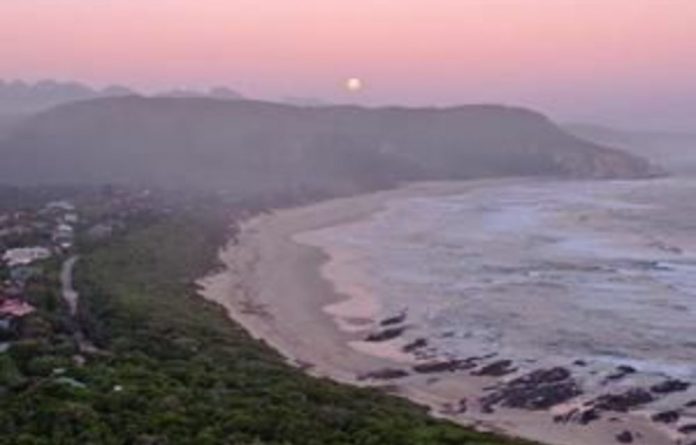 Two things hit me as we descended the winding forest pass into Nature’s Valley. I had opened the car window to get a ­better view of the enormous trees that rise from the lush floor of the Groot River valley when I was struck by the aroma — a delicate bouquet that was vegetative, moist and ­primordial.

The second thing was the silence. Apart from the sound of the car engine, there was nothing but an eerie quiet. It made me wonder whether all the birds and animals had suddenly ceased their daily ­banter just as we were passing.

The steepness of the pass and the proximity of the trees gave the sense that we were flying down through the tree tops. At the bottom of the pass we “landed” next to the Groot River lagoon.

A few turns later we found ourselves in a village of about 300 wooden chalets, embedded in pockets of natural forest.

Nature’s Valley is the only residential area inside one of South Africa’s 21 national parks. The Tsitsikamma National Park, from the Khoisan words tse-tsesa, meaning clear, and gami, meaning water, surrounds the village on three sides; the Indian Ocean takes care of the fourth. The reserve extends 5km out to sea.

The right place at the right time
It was late July, mid-winter, and although the temperature was still in the low 20s, most of the chalets appeared to be uninhabited. In summer, we were told, it is a different story and one needs to book well in advance.

But we had heard that winter was a great time to visit, with a cooler climate for hiking, the presence
of whales all along the southern Cape coastline and cheaper accommodation.

We had flown from Cape Town to Port Elizabeth and our plan was to drive our rented car back to Cape Town along the Garden Route. Nature’s Valley, less than two hours along the N2 highway from Port Elizabeth, was our first stop.

We made our way to the only shop and restaurant in Nature’s Valley, where we had arranged to meet Maureen, through whom we had rented a chalet for a week.

The chalet was on the outskirts of the village, in the forest, and was comfortable but not overly luxurious, with a fireplace, for which we were grateful at night.

At the store we had picked up a booklet containing maps of forest trails. We immediately set out on a walk to Pig’s Head, a rocky outcrop overlooking the lagoon.

We took a path into the forest, where our arrival was announced by the gruff barking of baboons echoing from all directions.

After much huffing and puffing and, fortunately, no baboon encounters, we made it up the steep path to the top of Pig’s Head.

Simple pleasures
The view of the lagoon mouth, the village and the ocean was magnificent. Behind us, the Tsitsikamma mountain range rose from the coastline. A crowned eagle soared over the lagoon looking for dinner and in the distance we could make out the Robberg peninsula at the far side of Plettenberg Bay.

That evening, ravenous, we made a beeline for the one and only restaurant, the Village Inn. It is a rustic, simple place, with wooden booths inside and tables and benches under the trees.

One of the trees appeared to bear fruit with an uncanny resemblance to hiking shoes. Dozens of them dangled by their shoelaces from the branches. A fellow diner informed me that it was a tradition for people who had completed the Otter Trail, a five-day coastal hike that ends in Nature’s Valley, to leave a shoe in the tree.

The next morning, as I stood making a pot of coffee in the kitchen, I saw a bushbuck doe on the lawn outside staring at me. She was as unfazed by our presence as we were fascinated by hers.

Plettenberg Bay is a 30-minute drive away and home to the Lookout Restaurant and Deck at Lookout Beach. Winter is whale season and the views from the deck would make Captain Ahab weep. While we lunched on tender calamari and prawns, two southern right whales splashed about just beyond the breakers.

Back in the forest, we decided on a walk to the Salt River lagoon and mouth. The trail took us over a steep, forested hill.

We emerged from the forest to find ourselves on the edge of a small whisky-coloured lagoon ­surrounded by a half-moon crescent of pale sand.

Given the beauty of the place, we were amazed to be the only people there. At first the water was shallow, but nearer the mouth it became deeper and the current stronger. I could feel myself being gently pulled out to sea. After weighing up the pros and cons of bumping into a shark, I swam back to the shallows.

Later in the week a cold front moved in. Rain splashed through the forest canopy and — feeling the effects of the previous days’ walks — I was only too happy to make a fire in the lounge and settle down with a book.

The rain cleared by lunchtime and we ventured out for a walk on the beach. As we walked back to the chalet, my girlfriend toyed with the idea of being pampered at the local spa, while I looked longingly at the canoes on the lagoon.

But there was no rush: we still had five days to fill. —

Mossel Bay municipality is a success story, but more attention needs to be paid to the poor