Legalised trade is a cover for laundering wildlife 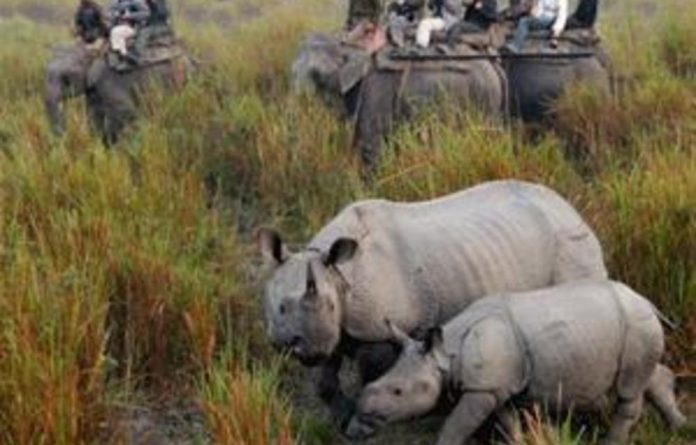 For anybody who has been appalled by the unmitigated failure of the “legal” trade in ivory to reduce elephant poaching, the prospect of permitting a similar trade in rhino horn can only inspire a horrified sense of déjà vu.

For the record, the international trade in elephant ivory and rhino horn is forbidden under the Convention on International Trade in Endangered Species (Cites) and, after a brief respite from widespread poaching of both species during the 1980s and 1990s, populations started to recover.

Cites is signed by 175 governments, including that of one of the world’s biggest markets for illegal wildlife products, China, and the emerging market of Vietnam.

But poaching has escalated sharply in the past three years, resulting in 2011 being declared the worst year for elephants since the ivory trade was outlawed in 1989.

Investigations by our organisation, the Environmental Investigation Agency, clearly show that a major factor behind this disastrous rise has been the demand stimulated by the Cites-sanctioned one-off sales of stockpiled ivory, which confuses consumers and offers a perfect cover for laundering poached ivory.

South Africa the hardest hit
With this rise has been an uncontrollable wave of rhino poaching; South Africa has been particularly hard hit, losing more than 440 rhino last year and now seeing one killed every day. Another terrible year for another species.

Behind this rhino massacre is the belief in the Far East that rhino horn is a medicinal panacea — a lethal and destructive fallacy driven by growing wealthy classes in China and Vietnam.

Astoundingly, and alarmingly, the argument is being made in some quarters that “zero trade” has clearly failed and the only way to save the rhino now is by creating a legal international trade in its horn.

Such a trade could only ever work with stringent controls in place. China claimed it could implement such “rigorous” regulations and controls against illegal ivory, but has spectacularly failed to do so.

Legalised trade not helping
The legalised trade has only made matters worse; the demand in China remains high and is growing. The price for “legal” ivory is so high that illegal traders can undercut the market and still make a hefty profit. The poached ivory is cheaper than the “legal” stockpiled ivory. And this is the “model” that is so successful.

Rhinos have already teetered on the brink of extinction once in the past 30 years, but the current crisis has an added dimension not seen before — the involvement of organised international criminal syndicates in countries that are neither range states nor major consumer markets.

China again seems to be one of the principal markets, yet if it cannot implement a control system for ivory designed specifically to address the problem of elephant poaching while at the same time satisfying demand, how can it be considered a suitable candidate for introducing a similar system for rhinos?

China has excelled in winning agreement at Cites, convincing the parties that it can regulate legal wildlife trade, in particular of ivory, bears and farmed tigers, without detriment to wild populations.

Yet the evidence speaks to the contrary. It has not remotely demonstrated adequate commitment or investment in the kind of enforcement required to end illegal trade — intelligence-led and with an inter-agency approach to tackling organised international criminal syndicates.

In the end it is about money, not conservation. For instance, John Hume, a leading proponent of the reintroduction of international trade in rhino horn, stands to make the greatest profits. As one of South Africa’s most successful businesspeople and the owner of the biggest private rhino collection (and an undisclosed private stockpile), the issue of “conflict of interest” rings alarm bells.

Opening up trade has not worked for elephants and it will not work for rhinos either.

Mary Rice is the executive director of the Environmental Investigation Agency