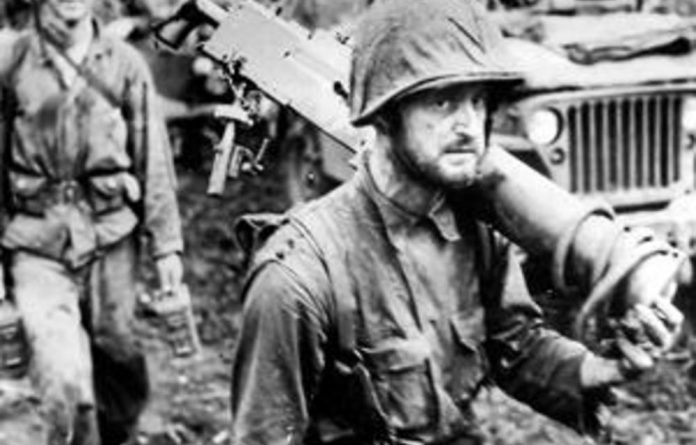 In 1947, the official United States historian of World War II, Brigadier General SLA Marshall, published his groundbreaking book Men against Fire. Marshall’s astonishing contention, debated vigorously ever since, was that about 75% of that war’s combat troops were unable to fire their weapons at the enemy. Guns were discharged, but they would be deliberately aimed over the heads of the enemy. The vast majority of soldiers could not actually kill. And, in the midst of combat, they became de facto conscientious objectors.

Plenty of historians have questioned the way Marshall gathered his evidence, but few have denied that the vast majority of people find it extremely difficult to kill another human being. It is one thing to sit in a bunker in Nevada and anonymously direct a drone into attack with a joystick. It is quite another to track a fellow human being in the sights of your rifle or stick a knife into someone’s stomach. Natural human empathy generates huge psychological resistance to up-close-and-personal killing. We have an in-built safety catch. So how is it that a US soldier can walk into an Afghan village in the middle of the night and calmly shoot 16 civilians dead? Nine of them were children.

One explanation is the psychological conditioning the US army uses on its own troops to prepare them to kill more easily. Both the US and British armies took Marshall’s book extremely seriously. A soldier who cannot kill is about as much use as an accountant who cannot count. So the military began to think harder about the ways in which they might override the natural human aversion to killing, turning to the newly developing science of cognitive behavioural psychology for advice. And it worked. When Marshall was sent to the Korean War in 1953, he found that the new training techniques developed by psychologists had begun to work. Now, 55% were able to fire on the enemy and by Vietnam it was up to 90%.

Since human beings first went to war, soldiers have looked for ways that helped them to avoid the full reality of their work. Mostly this is by the creation of emotional distance. The enemy is demeaned as less than human and their culture is ridiculed. Since World War II, two psychological categories in particular have been folded into the design of military training: desensitisation and conditioning. The use of violent films and video games makes violence seem ordinary. The culture of barrack-room banter is aggressive and bloodthirsty. As well as this, training is deliberately arranged to replicate a killing environment. No longer do soldiers shoot at circular targets; they shoot at dummies made to look as much like people as possible. Throughout training, killing is made all too familiar, the act of killing continually rehearsed and rehearsed again. The process of becoming a modern soldier begins with a course of powerful behaviour modification.

Following this latest massacre in Kandahar, there will be much talk of a lone gunman going off the rails. But the truth is more disturbing. One cannot set in place the conditions for easy killing, removing the in-built human safety catch, and then simply blame an individual soldier who flips out. And there is no way to ensure that such things do not happen again. This is what happens when soldiers are subjected to a systematic process of dehumanisation. The modern idea of a clean and humane war is a total myth, which is precisely why we ought to think a great deal harder before we start them. —