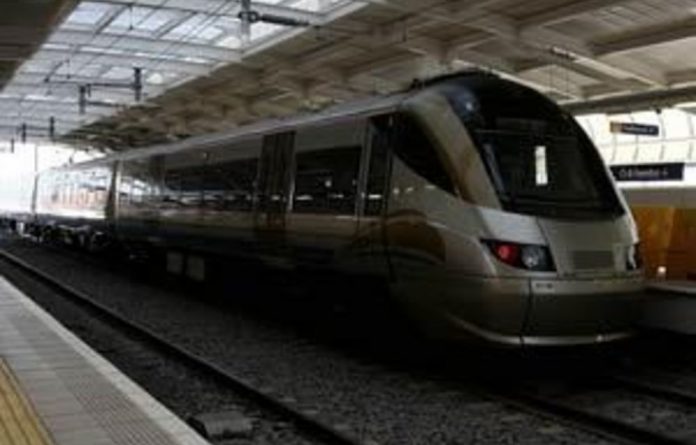 From Thursday the Gautrain will be laying on additional capacity during slightly revised peak hours, to cope with what it says is excellent demand from commuters.

It will also aim to solve the problem many an airport-bound traveller has complained of, and minor upgrades to bus routes will follow soon. But don’t expect late-night party trains just yet, or trains to serve airline travellers on late flights. That is somewhat trickier.

“We’ve found that we have huge demand for seats during peak times, to the extent that lots of people are standing in the corridors,” said Errol Braithwaite from Gautrain concession-holder Bombela. “That’s not unusual for a commuter system, but still.”

Instead of running four-car trains during those periods, as it has done predominantly, the operator will double train lengths for many slots in the morning and early evening. That effective doubling of capacity at little extra cost will support arguments — often from the Gauteng provincial government — that the sheer scalability of a train system justifies its setup cost.

Another change will see the afternoon peak operating hours, during which trains depart more often, shifted from the current 4pm to 7pm to between 3pm and 6pm. Bombela joked that inhabitants of Johannesburg and Pretoria turn out not to work the long or late hours they often claim, though it could well be that highway peak times are influenced by the fear of being stuck in traffic, and don’t accurately reflect commuter behaviour.

Other behaviour is also still not fully explained, such as the way passenger volumes climb during the week. On a typical Monday, Bombela said, it carries around 30000 passengers. That number increases over following days, peaking at around 34000 on Friday. Why that happens is not clear, though the direction of travel is exactly as expected: a rush to get from Pretoria and Centurion to Sandton in the morning, and the reverse in the afternoon.

Late night trains
Besides providing more seats, the changes are also due to alleviate problems with train changes in Marlboro, where passengers regularly disembark from the Johannesburg-Pretoria line to see the next train to the airport depart before they can reach it.

While that is relatively simple to prevent, Bombela said it is not yet ready to deal with the complaint that the departure of the last trains at around 8:30pm means late-night flyers and revellers have to find alternative transport.

“Cost is a consideration, if we run two to three hours longer that may mean an additional shift for all our personnel,” said Braithwaite. The major concern, however, is ensuring there is enough time between the last train at night and the first in the morning for line maintenance. Neither of those problems are unsolvable, he said, and Bombela is still considering an extension to the train timetables, but no decision has yet been made.

The schedule changes represent the first major adjustments since the system started operating, and Bombela expects more to follow. It is currently in final discussions with the provincial government about what it describes as bus route optimisation, which will see stops moved and minor changes to the roads used, but not an increase in coverage.

“At the end of the day we’re constrained by fleet size,” says Braithwaite. “We only have 125 busses, so we can’t cover an entire city, as much as we’d like to.”

Bus services are gradually returning to normal, following the illegal strike and subsequent dismissal of drivers. The operator said that is already being reflected in usage, with 7000 passengers carried on Monday, compared to a peak of about 12000 before labour trouble started. That, Bombela said, is a high proportion of train passengers by any metric.

Busses at all stations are now meeting at least every second train, and additional drivers are in training.

The final station on the Johannesburg line, to Park Station in the central business district, is still expected to be opened by the end of April.