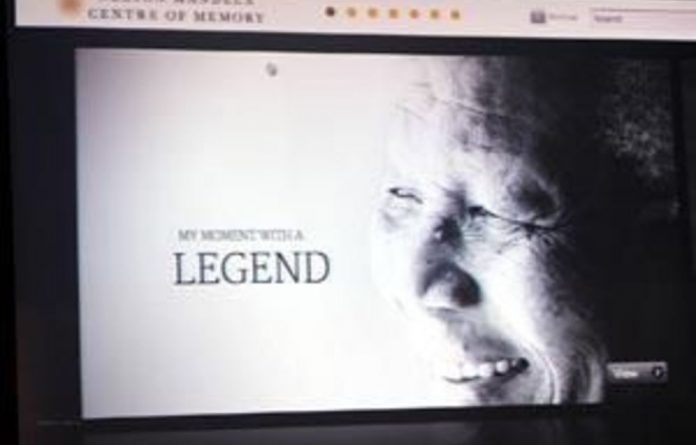 The Nelson Mandela Digital Archive went live on the internet on Tuesday, transforming the iconic former statesman’s life into a free-to-access online narrative.

Powered by Google and the Nelson Mandela Foundation, the archive contains documents, videos and various other multimedia detailing the former president’s life from the early years in his native Eastern Cape until his present day retirement.

“Nelson Mandela said he didn’t want this to become a mausoleum — those were Madiba’s words. This is an attempt to illustrate his life and assist people accessing his story,” Achmat Dangor, chief executive of the Nelson Mandela Foundation told attendees, which included government ministers and struggle heroes.

The general mood among guests was jovial as they celebrated the life and times of arguably South Africa’s most famous citizen.

But the feeling of cheer was not uniform as some felt the archive overplayed Mandela’s role in the liberation of South Africa.

Author Beata Lipman, one of the honoured guests on the day, said the archive attempts to turn Mandela into “Jesus Christ Superstar”.

“We all know what Mandela did for the struggle, but it’s not as if he acted alone. There were many others like Walter Sisulu and Oliver Tambo who gave their lives for South Africa but are not honoured in the same way,” Lipman told the Mail & Guardian.

Important stories
The initiative was made possible through a $1.25-million (R8.6-million) grant from Google.

“Our job is to take important stories to the people of the world, and in the stories of the 20th century none is more inspiring than Madiba’s. This will be a continually growing archive that takes the life of Mandela to the world,” said Steve Crossan, head of the Google Cultural Institute.

Science and Technology Minister Naledi Pandor hailed the archive as a chance for South Africans to learn from Mandela.

“Our country and globe is in desperate need of role models that espouse the values and morals Mandela exhibited, we have to take advantage of the digital world to enhance our education in South Africa,” she said.

The archives are date coded, which allows for easy navigation from one event in Madiba’s life to another.

This would mean smoothly moving from his hand written inauguration speech in 1994, to a desk calendar entry detailing a meeting with FW de Klerk in the late 1980s.

Protection
Archive content has also been transcribed by Google, allowing the ability to search for text specific documents.

The project is now in its pilot stage, and will determine the future mode under which the Nelson Mandela Digital Archive operates.

Crossan said Google would offer “some protection” to the archive content to prevent it from being used by third parties for commercial gain.

“It is important to do a pilot project to find out if the value of the experience is worth putting out Mandela archives’,” he said.